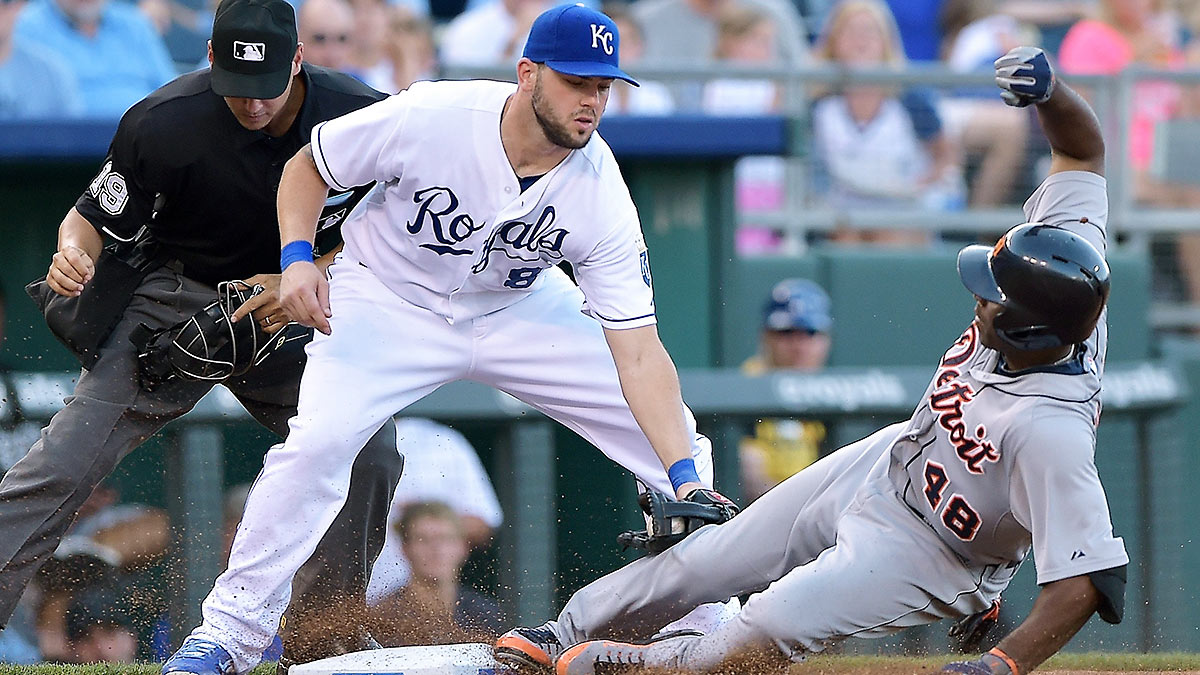 Baseball isn’t like the NBA, where you don’t really need to pay attention until the second round of the playoffs. So if you’ve been on a spiritual quest to Cambodia or playing ninepins with the ghosts of Henry Hudson and his men in upstate New York, you’re being dropped like an armful of groceries into the final push of the MLB pennant race, and you probably need some help. Here’s what you need to know to follow along during the home stretch and prep for the postseason.

Who’s already in the playoffs? The Angels clinched a playoff spot earlier this week, then secured the AL West crown on Wednesday. On Tuesday, the Orioles clinched the AL East for the first time since 1997.

Who else is in the hunt? Detroit and Kansas City are in a race for the AL Central title, with the Tigers holding a half-game lead at the moment, but it’s still possible for both teams to get into the playoffs. The Royals and A’s, who are both 83-68, currently occupy the AL’s two wild-card spots, with a two-game lead over the Mariners. Oakland, despite having dropped — and I can’t believe I’m saying this — 18.5 games in the standings relative to the Angels since late June, hasn’t totally blown it yet, but doesn’t have much room for error.

What series should I circle on my calendar? The big one is this weekend: Tigers-Royals, in Kauffman Stadium, with all three games on national TV.1 There might not be a more impactful series until the playoffs start. If the Royals sweep, they’ll be in the driver’s seat for the division, but if they get swept, they’ll be in real danger of missing the playoffs altogether and extending their postseason drought to 30 years. Meanwhile, though Oakland and Seattle don’t play each other again, they both have to play the Angels; whichever side fares better against Los Angeles could wind up with the wild-card edge.

I like it when other people are unhappy. Who’s completely out of the race, but positioned to play spoiler? Chris Sale is the player who won’t make it to October, but who has the best chance to drag another team to the golf course with him. Chicago’s Gumby impersonator turned ace — who, in the interest of full disclosure, did not pitch well Wednesday against Yordano Ventura and the Royals — is in line to face Detroit and Kansas City before the season ends. Both of those games should be worth watching, and even more so if Sale lines up against his opponent’s best. The Royals’ path to the playoffs, meanwhile, also includes a three-game set against Cleveland. The way the rotations are set up right now, Kansas City will miss Corey Kluber, but will face Carlos Carrasco, Danny Salazar, and Trevor Bauer, all of whom are inconsistent but also have the stuff to shut down the Royals’ lineup completely.

Tell me something I won’t believe. Well, the Orioles just won the division, lead the Yankees and Blue Jays by 14.5 games, and will probably maintain that double-digit gap despite what I’m about to tell you. Matt Wieters and Manny Machado are both out for the season. Chris Davis was terrible, then got suspended last week for taking Adderall. Top free-agent signing Ubaldo Jimenez has been by far the team’s worst starting pitcher. Ryan Flaherty, Delmon Young, Caleb Joseph, and Steve Pearce all batted more than 200 times for this team. The Pearce thing is OK, though, because despite being 31 years old and a career bench bat, he all of a sudden posted the fifth-highest wRC+ among players with a minimum of 300 plate appearances. Steve Pearce. Now, the O’s have a pretty solid starting rotation, a great bullpen, and have gotten good seasons from Nelson Cruz, J.J. Hardy, and Adam Jones, but I’m still staggered that this team is going to win at least 95 games. Buck Showalter must be a wizard. He must be. 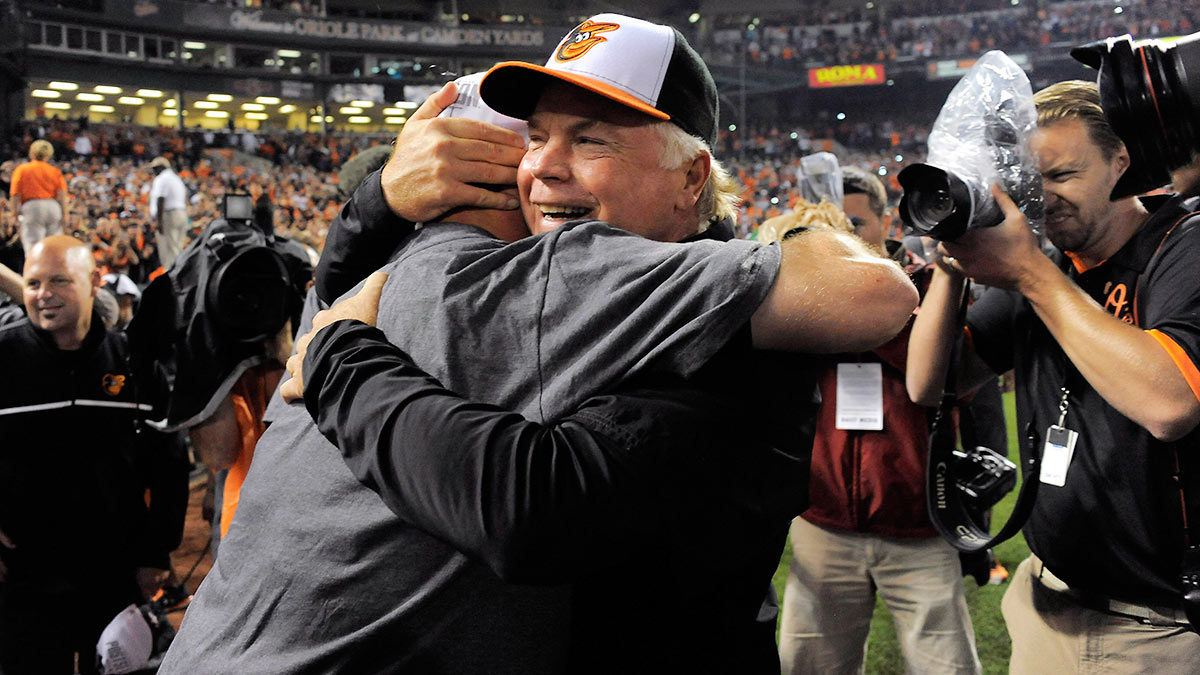 Tell me something else I won’t believe. The Angels have the league’s best record, even though Matt Shoemaker and Garrett Richards have been their best pitchers — and even though Richards will definitely miss the playoffs, and Shoemaker might, too. Having Mike Trout allows a team to work around a lot of other problems, doesn’t it? Anyway, we could very well be in line for Wade LeBlanc being favored in a playoff start against James Shields, which I think we should all embrace, because life is short and goes by really quickly, just like Jose Altuve.

Speaking of unbelievable, do you still think Oakland’s got a good shot of getting to the World Series? All things considered, and even with a second half that looks like this, I’d probably still pick Oakland to win a seven-game series against any of these teams. The problem is, the A’s won’t get seven games — they’ll get one, if they’re lucky, and if the other team that wins the other wild card clinches earlier and has a chance to set up its rotation, things will get even worse. After looking to be in total control two months ago, the A’s could see their season come down to one game, on the road, against one of the following pitchers: Max Scherzer, David Price, Felix Hernandez, Hisashi Iwakuma, or Shields. In a perverse way, though, that nightmare scenario should make A’s fans feel better about trading for Jon Lester and Jeff Samardzija; a deep, balanced rotation isn’t the same kind of edge that Lester will be in a one-game playoff against a recent Cy Young winner.

So who makes it in? I think Detroit wins the Central, while Kansas City and Oakland take the two wild cards. I think Oakland’s slight lead and easier schedule over the next week and a half will make the difference over the Mariners, but only just.

Who’s already in the playoffs? Washington clinched the NL East on Tuesday, thanks in part to a 4-11 September swoon from Atlanta that has taken the Braves not only out of the division race, but out of the wild-card hunt as well. No one else has clinched, but a few teams are close: San Francisco is five games up on Milwaukee in the wild-card standings, and if the Giants blow a lead that big in 10 games, well, you can bet I’ll write about that when it happens. Same goes for the Dodgers, who, despite having lost the past two games to Colorado by a combined score of 26-6, remain two games up on the Giants in the NL West, and the Cardinals, who hold a 2.5-game lead over the Pirates in the Central. 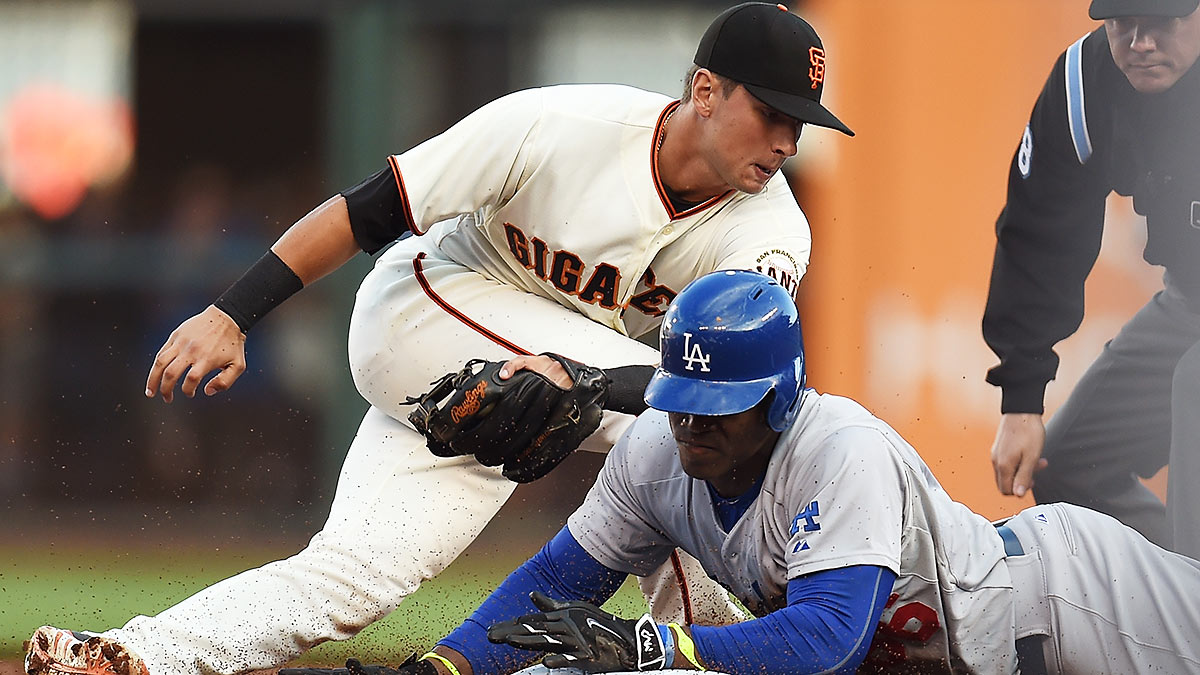 Who else is in the hunt? There’s really only one playoff spot that’s up for grabs, and that’s the second wild card. Pittsburgh leads Milwaukee by 2.5 games (apparently everyone in the National League leads everyone else by that margin), and that’s as close as it gets. The playoffs will almost certainly consist of Washington and the top two teams in the Central and West. The order of finish might change, but we’re unlikely to see a huge shakeup at this point.

What series should I circle on my calendar? The Brewers lost any realistic chance of winning the division and damaged their overall playoff hopes by losing in St. Louis on Wednesday night, but they’re facing a huge series this weekend in Pittsburgh. Unless the Brewers lose and the Pirates win tonight, Milwaukee can make up its entire deficit in a weekend, and the way the rotations are setting up, the Brewers won’t have to face Gerrit Cole or Francisco Liriano. The other big series starts Monday, when the Giants face the Dodgers. If the current gap holds entering that three-game series, San Francisco could take over the division lead, or at least make L.A. feel the heat a little. With that said, the Giants are going to have to earn it, with the Dodgers set to throw Hyun-Jin Ryu, Zack Greinke, and Clayton Kershaw in Los Angeles.

I like it when other people are unhappy. Who’s completely out of the race, but positioned to play spoiler? The Reds. You know how I said there’s just one playoff spot really at stake, and there’s a small chance the Pirates and Cardinals could flip-flop for the division lead, and an even smaller chance the Brewers could get back into the wild-card race? Well, the Reds have nine games left, three each against the three teams that would be involved in those scenarios. Now, it doesn’t really matter if the Reds do well or not on the whole so much as it matters if they play these teams evenly. For instance, if they go 4-5 over the last nine games but sweep the Cardinals and are swept by the Brewers, things could get really crazy in the NL Central. 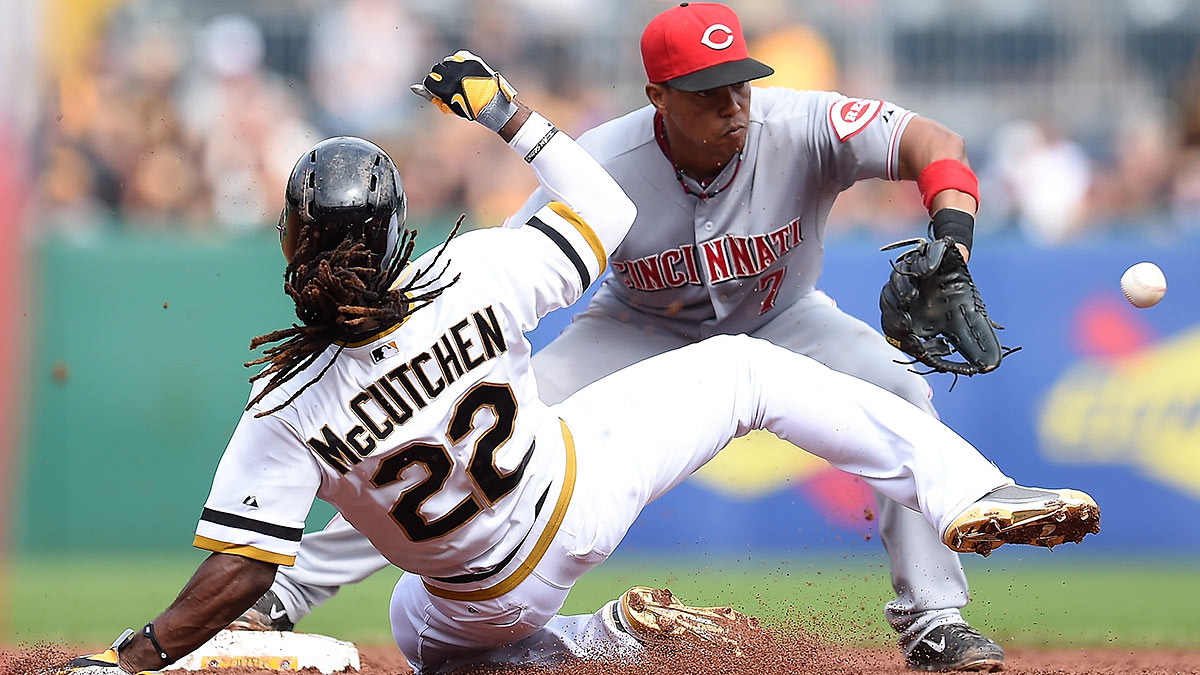 Tell me something I won’t believe. You’re not going to believe how good Washington’s rotation is. Sometimes, when a team’s got a 10-plus-game lead on the division, you focus your attention elsewhere, and as long as Stephen Strasburg’s still striking out almost 11 batters per nine innings, everything’s fine. Then you take a look back and you can make an argument that the two worst pitchers in the rotation are Strasburg and Gio Gonzalez, who’ve both been quite good this year, and the latter of whom is two years removed from a 21-win season and a third-place finish in Cy Young voting. I thought before the season that the Nationals were going to win the World Series, in large part because of their pitching depth, but Tanner Roark throwing almost 200 innings while posting a 131 ERA+ would not have been on the list of things I’d have considered more likely than Tanner Roark being killed by falling space debris.

Tell me something else I won’t believe. Back around the All-Star break, I said Josh Harrison had a fluky first half, and I took mountains of crap from Pirates fans. And, my goodness, do they have long memories. I’ve always liked Harrison a lot as a utility guy, but I never expected him to do a decent imitation of Ben Zobrist in 2009 the way he’s done this year. Anyway, full credit to Harrison, who’s been indispensable for the Pirates, playing 10 games or more at four different positions and recording more hits and scoring more runs than any non–Andrew McCutchen Pirate. And if his BABIP continues to be 100 points higher than what it was in 2012-13, he might do that again next year.

So who makes it in? Washington is in. The Dodgers, Cardinals, and Giants are as good as in. And as much as I love disorder, I think the Pirates take the wild card over the Brewers by a larger margin than they have now.