How to Pick a World Series Rooting Interest As a Non–K.C. or San Fran Fan 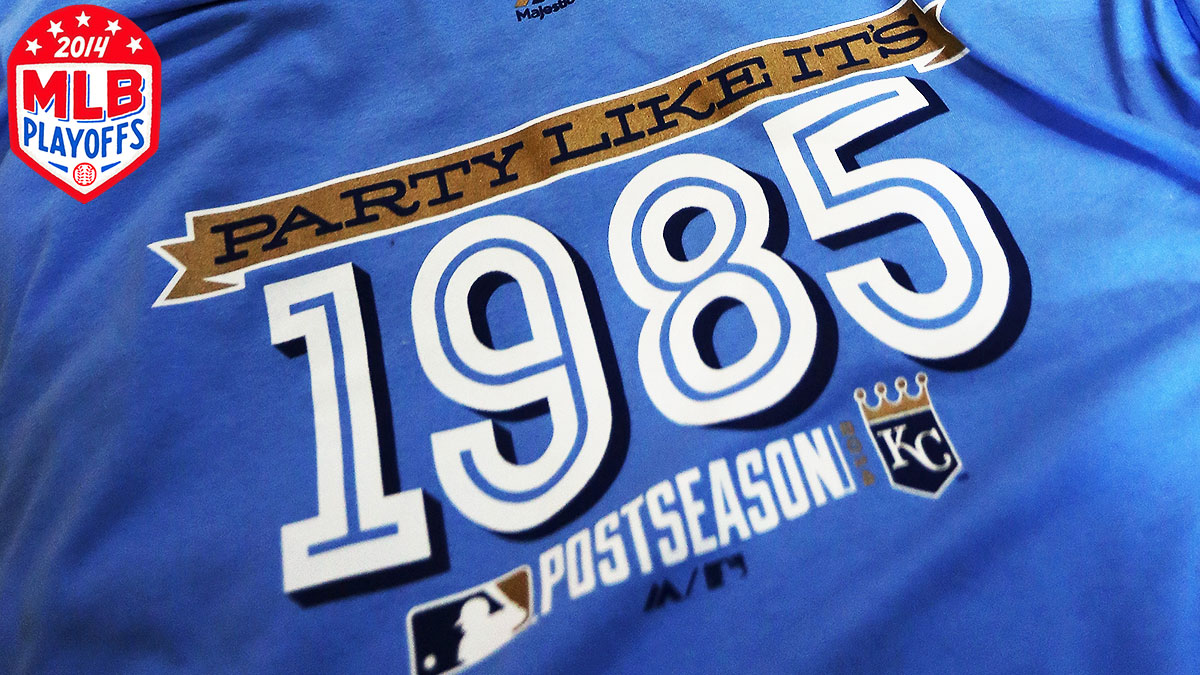 Having only two teams in the World Series means that fans of the other … [fiddles with abacus] … 28 major league teams are forced to either jump on a bandwagon or view the whole thing as a neutral, which can get a little boring. So to avoid the latter, now seems like a good time to combine America’s two greatest pastimes — baseball and telling other people what to think and how to feel — and offer advice for whether you should pull for the Royals or the Giants if your team is already out.

Baltimore Orioles: Giants. Going to the ALCS for the first time since 1997 only to lose four straight close games to the Royals has to hurt for more than a week. Plus, there’s got to be some transcontinental bond between teams from port cities that wear orange and black.

New York Yankees: Royals. Salvador Perez, Eric Hosmer, and Alex Gordon are all going to be in pinstripes in eight years, so Yankees fans will want to make sure their future stars are in good condition. 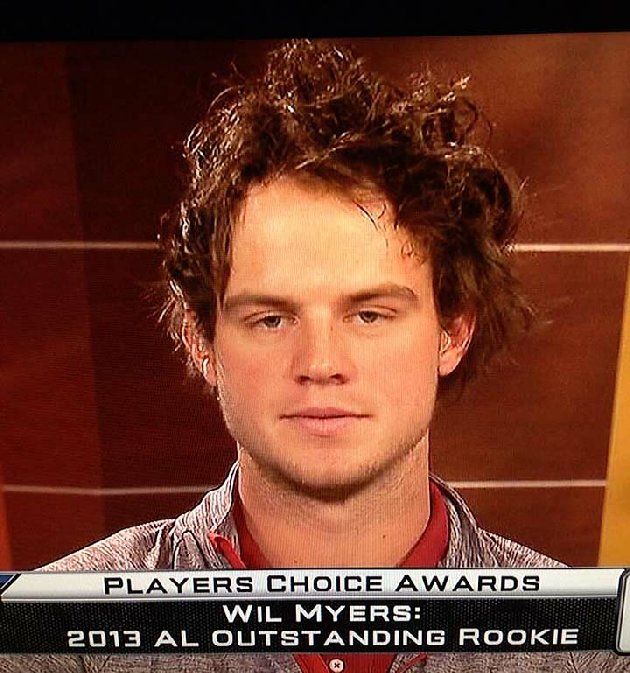 Toronto Blue Jays: Royals. Toronto is the only major league city not to have thrown off the yoke of the imperial oppressor. WE WILL NEVER FORGET WHEN YOU BETRAYED YOUR COLONIAL BROTHERS AT THE BATTLE OF MONTREAL.

All of our postseason coverage!
Chicago White Sox: Royals. There’s room in the zeitgeist for only one city that’s been destroyed by fire.

Cleveland Indians: Royals. A bond exists between cities where you eat a lot of meat and are sad about sports. I love living in the Midwest.

Detroit Tigers: Giants. The AL Central is starting to remind me of the NL East, where the Braves (like the Tigers) would win the division every year before stumbling in the playoffs, while the Marlins (perhaps like the Royals?) would suck most years before popping up randomly to win it all.

Minnesota Twins: Royals. The Twins are about where the Royals were five years ago: a small-market team with a front office everyone mocks, but in possession of more top prospects than they can use. A Royals victory would give Twins fans hope for their own future.

Houston Astros: Giants. I’m sure there’s some weird regional barbecue rivalry bullshit that precludes Texans from rooting for a team from Kansas City. You people take all the fun out of food, you know that? 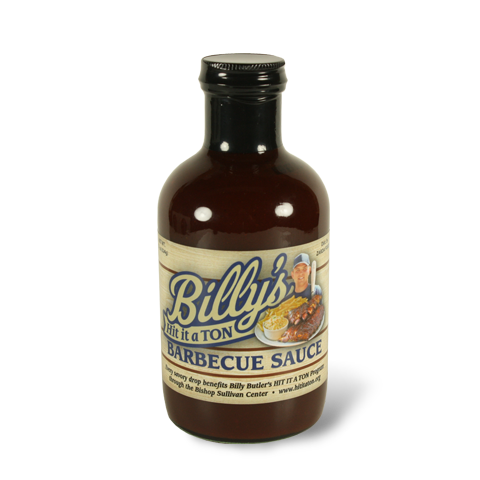 Los Angeles Angels of Anaheim: Giants. I can’t think of a good reason. Of course, that’s never stopped Arte Moreno from doing anything.

Oakland Athletics: Giants. Bay Area solidarity, plus residual guilt for the comprehensive ass-paddling the A’s gave the Giants back in 1989.

Texas Rangers: Royals. Aforementioned barbecue rivalry notwithstanding. Kansas City pitcher Brandon Finnegan is a Fort Worth native who pitched for TCU in the College World Series this summer. TCU lost that game in 15 innings, though, because baseball teams from outside Dallas always come really close to winning it all before crashing out in heartbreaking fashion.

Atlanta Braves: Giants. Atlanta is pretty cosmopolitan, but there’s a great deal of backwoods in Greater Braves Territory. People who live there will identify with the Giants’ arsenal of pitchers (Madison Bumgarner, Tim Hudson, and Jake Peavy) with accents that should’ve died this far into the television age.

Miami Marlins: nobody. Hello? Anyone home?

Philadelphia Phillies: Royals. Maybe having the Royals in the World Series means someone will mention 1980, which will make Philadelphians feel good about baseball for the first time in three years.

Washington Nationals: Royals. While the recent defeat to the Giants still stings, the Nats owe a debt of gratitude to Kansas City. Back in 2011, the Royals drafted Bubba Starling with the fifth overall pick. Starling was a highly touted but raw two-sport athlete from Kansas, and the Royals figured they’d take the local kid with the big tools and teach him how to, you know, play baseball later on. They’re still waiting: Starling hit .218/.304/.338 in high-A this year and fell off every top-100 prospect list. What does this have to with Washington? Well, the Nats got Anthony Rendon at no. 6.

Chicago Cubs: Giants. Oh, yeah, man. Royals fans sure do have a long and distinguished history of suffering. [Wanking motion.]

Cincinnati Reds: Royals. Great defense, great baserunning, and getting by with adequate starting pitching. It’s like someone cloned the Big Red Machine and knocked 100 points off its batting average. 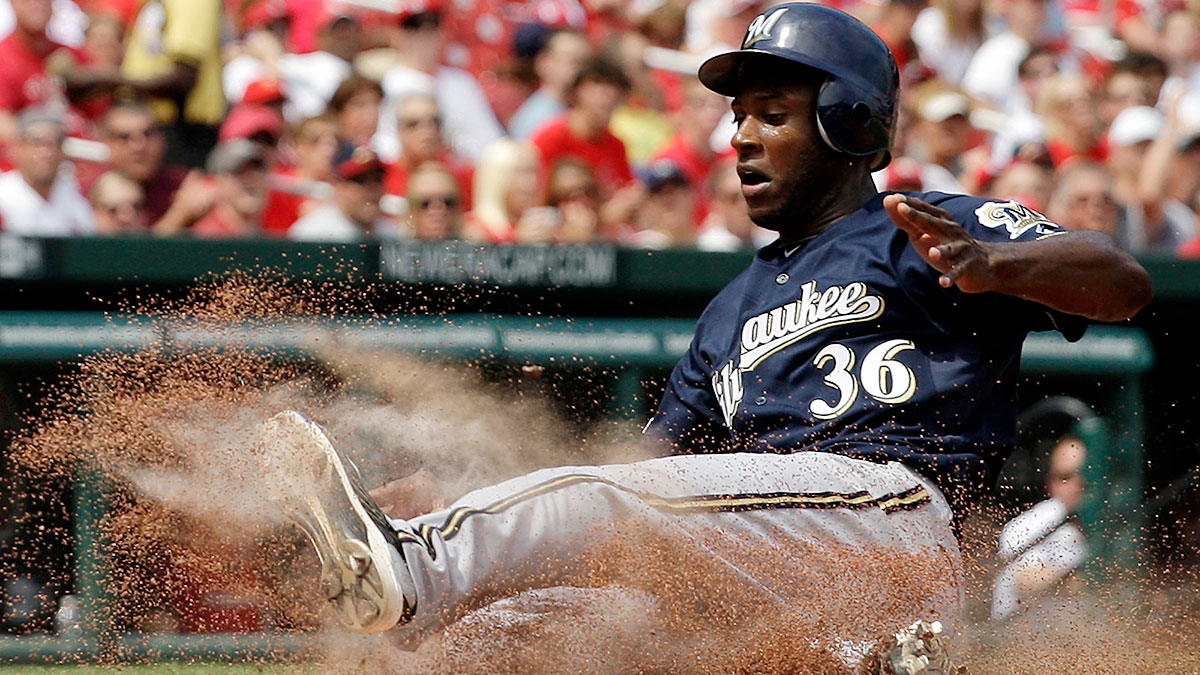 St. Louis Cardinals: nobody. It’s either the cross-state rivals or the team that’s knocked them out of the NLCS twice in the past three years. That’s fine, though: If there’s one thing Cardinals fans love more than baseball, it’s being loudly and indiscriminately pissed off.

Arizona Diamondbacks: Royals. Can’t trust Hunter Pence with that beard and those crazy eyes. He’s probably a communist or on drugs.

Colorado Rockies: nobody. Considering how depressing the Rockies have been over the past five years, and considering Peyton Manning plays for the Broncos, if I were a Denver sports fan I’d be trying like crazy to forget baseball even existed.

San Diego Padres: Giants. The nice thing about being a Padres fan is that you can hop in the car, drive up I-5, and live the alternate timeline in which Bruce Bochy and Peavy never left the Padres.

The NFL Trading Deadline: Who Is the Next Percy Harvin?

Where Do the Oilers Rank on the NHL Misery Index?