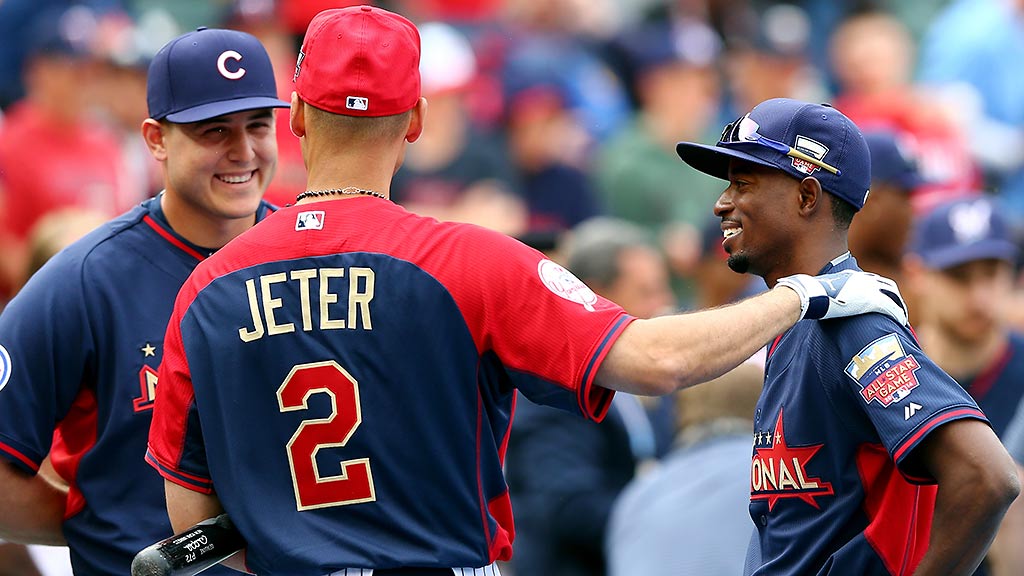 One Easter Sunday during college, I pulled on my wrinkled khakis and last clean dress shirt and walked a couple of blocks to the closest Methodist church. This church had its roots in the antebellum South, but despite being within sight of the major state university, it seemed to have stopped replacing members when they died. There were only three people in the building under 40 that day: the pastor, his wife, and me.

Yet that morning represented a bumper crop of worshipers, some 80 people or so. The regular attendees looked a little bewildered — not unwelcoming or put out, but surprised to see the tiny brick building so full.

I’m a certain kind of baseball fan. I don’t watch the local team every night, because I turn on MLB.TV at 7 p.m. ET and flip from game to game until the last extra-inning contest on the West Coast concludes. I don’t check the box score in the paper every morning, because I scour the stat pages on Baseball-Reference and FanGraphs, occasionally paying subscription fees for the privilege. Chances are that if you clicked through the handful of links it takes to get from the ESPN homepage to this blog post, you’re like me: You’re the devout, and you’re the audience for which I write.

The All-Star Game has a different audience. In baseball, October and mid-July are the showcases, the seeker services, the times when the powers that be move the walls of the synagogue back to accommodate the people who only come twice a year.

For those of us who sit in front of our TVs and computers each night and routinely make it out to the ballpark, it’s bewildering to see the Church of Baseball packed to overflowing. It’s also easy to complain: The game shouldn’t determine home-field advantage in the World Series; the rosters are too big; the uniforms are ugly; Tyler Clippard made the team and Stephen Strasburg didn’t; there are too many relievers, too many one-month wonders, too many Derek Jeter tributes. Whatever. Ask 10 people who care way too much about baseball and you’ll get 10 different criticisms of the All-Star Game. As often as not, those people will refuse to even watch, instead moaning about how there’s no baseball Wednesday night.

That mixture of cynicism and boredom is incredibly difficult to overcome. It’s hard to suddenly find yourself in an audience full of people who don’t know Josh Donaldson if you’ve spent 18 months wondering where he fits among the best players in the game. It’s hard not to feel crowded out by people who are nonplussed by the absence of Buster Posey, Yadier Molina, and Brian McCann if you know that Jonathan Lucroy, Devin Mesoraco, and Salvador Perez have been just as good or better. Tonight’s All-Star Game won’t be a spectacle for people who value Jason Heyward’s glowing advanced defensive metrics over Justin Morneau’s batting average, or those who understand that Kurt Suzuki is a bad pitch framer.

But baseball isn’t for the diehards alone. And even if it were, how jaded would we be to forget the time before we reached that level? When one or two games a week was enough? When we didn’t always find ways to justify staying up late to watch the equivalent of Mike Trout or Yasiel Puig? When we only saw the best players in the game on SportsCenter, because we only watched our local team?

If you’re a baseball fanatic like me, you’ve seen the spectacular so often that it’s become mundane. Like a drunk who builds up a tolerance, you’ve become numb to how amazingly fast Dee Gordon is, and how hard Aroldis Chapman throws, and how mighty Giancarlo Stanton is. But not everyone is like that. And even those of us who are should remember that no greater collection of baseball talent will be assembled this year than it will tonight. Even if we’ve seen it before, it’s worth looking at again.

The All-Star Game isn’t for the devout; it’s for the seekers. The diehards are coming back no matter what, so the hope is to get a few new fans in the door and turn a couple of casual consumers into something more. If our community fails to grow, fails to evangelize, it will slowly fade into irrelevance.

I doubt any of the aging congregation learned anything new that Sunday; every pastor in the world gives more or less the same sermon on Easter, and anyone who knows what a church is knows that sermon. But on Easter, those people aren’t the audience. At the beginning of the service, the pastor looked out at the unusually full sanctuary and welcomed the visitors, newcomers, and Christmas and Easter slackers.