An Unpatriotic Salute to the 2014 FIBA World Cup 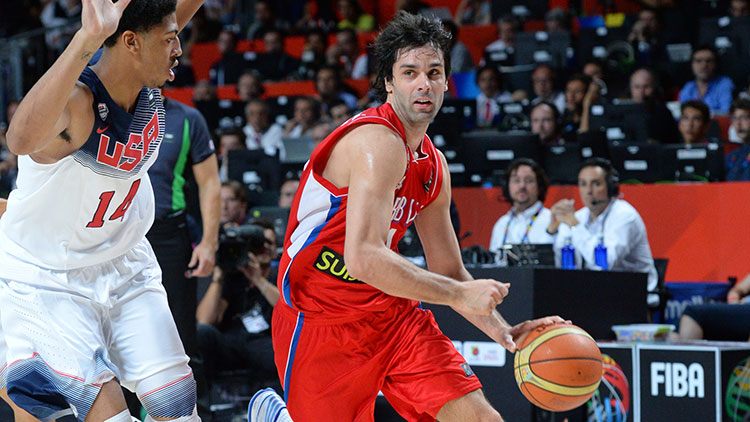 With 5:51 remaining in the first quarter of the 2014 FIBA Basketball World Cup final, Serbia held an eight-point lead over Team USA. Serbian magician Milos Teodosic, a sudden hot commodity who wouldn’t mind heading Stateside for the right price, looked good. He had scored or assisted on five of Serbia’s first seven scoring possessions. It seemed like the torrid run he’d been on since the elimination rounds began would continue. It didn’t. At 4:51, exactly one minute later, the score was tied at 15. It never got any better for Serbia, not for a second. Team USA won by 37 points.

It was a disappointing end to a disappointing tournament. Spain’s shocking quarterfinal defeat at the hands of France killed off the only expectation most American viewers had for the tournament: a chance to watch Anthony Davis, our new favorite super soldier, do battle against the Brothers Gasol and Serge Ibaka. Watching the monolithic USA team flatten every squad in its way, it was hard not to look that far down the line. It’s an NBA-centric way of watching the tournament, with all attention pointed to the finish line, when the games might actually mean something. The basketball in front of us is shrugged off for the basketball to come. Because the NBA preseason is only a few weeks away; the regular season only weeks after that.

From a different vantage point, the World Cup wasn’t a stepping stone. It was an island, one full of fascinating, isolated incidents: Andray Blatche’s unlikely ascent to Filipino hero status; South Korea going through player introductions to “Gangnam Style” without any sign of annoyance from the players, as though the song had become as elemental as air; Nicolas Batum, in a span of less than 24 hours, scoring a combined 62 points in France’s semifinal and third-place games; an entire roster of NBA players Shmoney dancing in unison on the hardwood.

We spend so much time thinking about the future with the NBA — about skipping to the playoffs or skipping to the draft — in search of some kind of confirmation that the games leading up to that end mean something. The FIBA Basketball World Cup offered a chance to break from that cycle. The fun of the tournament didn’t lie in the logical conclusions, but in the moments and stretches of play that pushed up against fate for as long as possible. How or when those moments unraveled were irrelevant. In that sense, following Team USA game by game might’ve been the worst way to watch the tournament. But if that was your method of choice, here are a few things you might’ve missed.

The (Fleeting) Joy of the Underdog

Somehow, the FIBA Basketball World Cup peaked in the initial group stages, when teams with marginal talent threw enough sucker punches to keep games interesting. While there were a few upsets, things more or less corrected themselves over the course of 40 minutes, the latter stages of which often showed the underdog furiously regressing to the mean. Each game in the group stage quickly became its own study in exponential decay: a measurement of how soon incandescent play reaches its half-life, how quickly the volatility of an underdog goes from blessing to curse.

Watching teams like Mexico, South Korea, and the Philippines, I was struck by something very obvious: Yes, there is a talent gap between the game’s best and the game’s middling squads, but it’s not so wide that the game of basketball itself is bifurcated in uneven matchups — they are playing the same sport.

The South Koreans, despite not boasting an NBA-caliber player, have a system (when operating at full capacity) that the Spurs would approve of — beautiful ball movement and an equally beautiful perimeter game. Mexico and the Philippines wormed themselves into the hearts of viewers by playing tough, relentless basketball until they were physically incapable of sustaining their level of activity. The Philippines, for example, ran a three-guard lineup that was the equivalent of having three J.J. Bareas on the floor at once, with all the good and bad that implies. They subbed frequently to keep their team full of spark plugs (who have a half-life of only a few minutes at a time) fresh, because the team’s entire identity was incumbent on effort. These are machines with imperfect parts holding everything in place. Things eventually fall apart, sure, but there was always something to enjoy on the wild ride to ruin.

For a team like the Philippines, the consolation prize was winning an overtime game against Senegal, its first win in the competition since 1974. For Serbian center Miroslav Raduljica, it meant taking solace in something else entirely: “We lost the game, it’s true,” he said. “But my beard is still better than James Harden’s.” 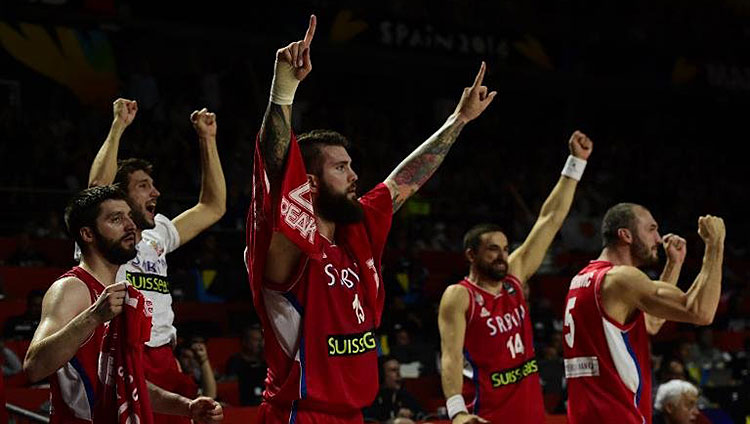 Heroes Who Made It All Worth It, Heralded or Not

The Pau Gasol revival; the Goran/Zoran sibling bonding sesh; the backbreaking 3-pointers Serbian weirdo Bogdan Bogdanovic made a habit of drilling; University of Wyoming alumnus Paco Cruz scoring 15 points in the first 12 minutes for Mexico on opening day; Teodosic and Batum in that semifinal classic; the Philippines’ Jimmy Alapag’s 3-point barrage against Argentina; Jonas Valanciunas nearly seeing his life flash before his eyes against DeMarcus Cousins; Giannis Antetokounmpo doing that thing he does where he travels the length of the court in two dribbles.

These are moments, maybe even great moments, but not ones likely to be remembered for decades to come. After the 2010 World Championship, FIBA pushed to rename the tournament the World Cup in hopes of giving it the kind of cultural weight reserved for Earth’s one truly global sport. Consider 2014 a transition year for FIBA. The next World Cup won’t be for another five years. It will start a new four-year cycle in 2019 to break out of the shadow of the FIFA World Cup, which has stolen its summer sunshine since 1950.

I went into the World Cup with an eager and open mind, but I was still plenty ignorant about the rest of the world. On the first possession of the South Korea–Slovenia game, Korean center Lee Jong-hyun made a beautiful turnaround fadeaway from the free throw line. It was the first time I’d ever watched the Korean national team. I audibly gasped, and then felt an immediate shame for reacting that way; I felt that shame months earlier when I thought of this the instant that news of Blatche naturalizing as a Filipino citizen was reported.

Maybe teams like the Philippines and South Korea will never become global titans of the sport, but they aren’t caricatures, either. The elite class hasn’t been shaken up as much as we’d hoped in the past decade, but those on the lower rungs have made a modest ascent to respectability — the impact of which could mean just as much to basketball as a global sport. On this island, that’s plenty of reasons for celebration.