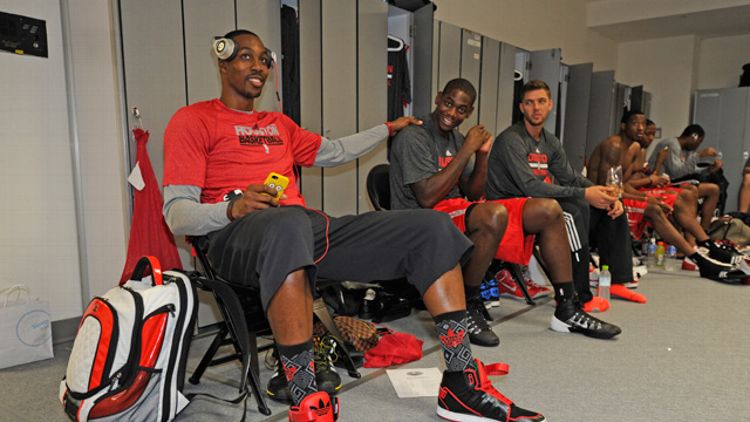 We’re still two weeks away from Halloween, but Dwight Howard already found his costume. He’s going as Dwight Howard, Midseason Destroyer of Team Morale and Media Carnival Freak Show. All he has to do is open his mouth and he looks exactly the part.

Howard gave an interview to the Orlando Sentinel, reflecting on the crazy journey he’s taken us on since that faithful day he drove Stan Van Gundy to overdose on Diet Pepsi. There are a lot of truly Dwight-tastic quotes to be found in the piece, but the true champion passage (as pointed out by The Wall Street Journal’s Kevin Clark) is right here:

YES. CHANDLER PARSONS? NICE HAIR. YOU ARE HEDO. JAMES HARDEN? YOU THINK YOU ARE A FRANCHISE PLAYER OUT FROM UNDER THE YOKE OF THE DURANT-WESTBROOK DUOPOLY? NO, YOU ARE COURTNEY LEE. LINSANITY? JOHNSANITY! BRB, I AM TAKING ALL MY PENNIES TO BOVADA TO BET THE UNDER ON THE ROCKETS. IT WILL BE A MIRACLE IF ANYBODY IS TALKING TO THIS GUY PAST CHRISTMAS. I LOVE THIS GAME.

The Masked Man and Peter Rosenberg Podcast: The Rise of the Rhodes Family and the Hulk Hogan Rumors

About Last Night: It's Austin, Mr. Jackson If You're Nasty