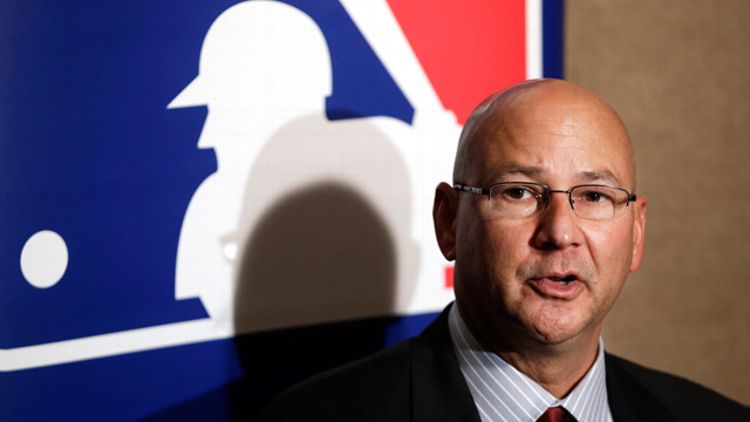 Terry Francona recently joined the B.S. Report to talk about his time managing the Boston Red Sox. The Triangle tracked him down to discuss his newest gig, managing the Cleveland Indians.

What attracted you to the job?

Chris Antonetti and Mark Shapiro — they’re the ones in charge; they’re the reasons I wanted to do it. My relationship with them goes back a long way. I knew it’d be fun working with them.

Antonetti and Shapiro, really the whole Indians front office, have a reputation of running an analytically oriented team. Is it a coincidence that you’re going from one team with a reputation like that to another, or is there something about your skill set as a manager that makes this a good fit?

As a manager, for every decision you make, [you] have a reason for making it. I like information. I love when smart people make me think of something in a new way. I enjoyed it in Boston, and I’m looking forward to it in Cleveland.

Not many managers get an opportunity to call games from the booth in between managing gigs. Did you learn anything doing that job, seeing the game from a different angle, that you hadn’t while managing?

When managing, you take every loss so personally, you’re just so emotionally invested. As an announcer, you can watch a game without being so emotional. It was healthy. The game’s over, you go home and go to bed. I missed managing, but it was also healthy. Having a year away, it made me more prepared for doing the job correctly.

Do you try to foster a certain kind of clubhouse environment when you manage a team?

It very much depends on each team. You want every team to develop their own identity, their own personality. You try hard to create an atmosphere where players want to do the right thing. We don’t know what this team is going to be like yet, but we’ll fight hard to find out.

What lessons, if any, did you learn from how your tenure ended with the Red Sox that you can apply to your new job managing the Indians?

As a manager, the more consistent you are, the better off you are. It’s easy to be up when things go well. When things don’t go well, the players will follow your lead. So you have to be consistent and upbeat, which takes some work sometimes. But I love it. I love the job, good and bad. I look forward to it, and I try to make a difference.

Obviously you’ll need to get to camp, talk to coaches, and see players for yourself before making a bunch of specific decisions. But what have you done so far in terms of evaluating what you’ll have this year?

I’ve traveled to the Dominican Republic, seen our academy there. I flew to Tampa, saw our people there. I went to Cleveland for TribeFest. I was in Phoenix. I wanted to get the ball moving, and felt an obligation to not wait until spring training. I tried to get to know the organization. I read reports, talked to Chris [Antonetti], the players — I don’t think I’ve missed anybody. That’s the main thing. Texting, calling, seeing guys in person. That’s the fun part.

OK, well, I’ll ask a couple of specific questions then. Have you had any discussions about Carlos Santana and how to handle someone with a big bat who’s not the greatest defensive catcher? Have you had any experience handling a situation like that?

As far as catching goes, I would say no, we had [Jason] Varitek! He was always about catching first; that was always his first priority. Sometimes it takes time to learn those skills. It’s not fair to expect a kid to step into that role right away and learn catching. He has to understand that he has to take care of that pitching staff. We’ll work with him on making that happen.

Pitching was the team’s biggest weakness last year; you could say that’s a big reason people lost their jobs. Based on what you’ve seen from the new pitching coach Mickey Callaway, what do you think he’ll bring to the job?

I think Mickey’s going to be really good. He’s young, enthusiastic, really well-thought-of within the organization as the minor league pitching coordinator. Spring training will be really important for us. He hasn’t done it in the majors. But in the interview process, he really excelled. He showed real “stick-to-it-ive-ness.” We sent him home with an assignment, and he just knocked it out. The content was good, and it was really hard not to like him.

The Indians acquired Trevor Bauer this offseason. He’s known for having a specific and very unusual training regimen. He’s out there long-tossing pole-to-pole, all kinds of things you don’t usually see pitchers do. He’s a very talented pitcher. But in Arizona, he clashed with his coaches and his catcher on how he prepared and how he pitched. Do you try to rein in someone like that, or let him do what he wants?

The best approach is, you try to learn. I made a trip down to Texas to watch him do his training and throwing. You try to get a feel for what’s important to a player and [for] him to see what’s important to you. You want him to be the best he can be, and a good teammate, too. Trying to clone everybody would be wrong. I think we have an obligation to get to know each guy, to give him an opportunity to try to explain how he works. Plus if this kid wants to go out and find a way to win 18-20 games, I’m OK with it.

His arm speed really stood out; it was phenomenal. Interpersonally, he was a deep thinker. A very intelligent kid, and also a very likable kid. He admitted he could’ve handled some things better in Phoenix. But he was 21. I remember when I was 21; you’re still figuring a lot of things out at that age. We had an opportunity to acquire a very promising pitcher, and we’re excited about it.