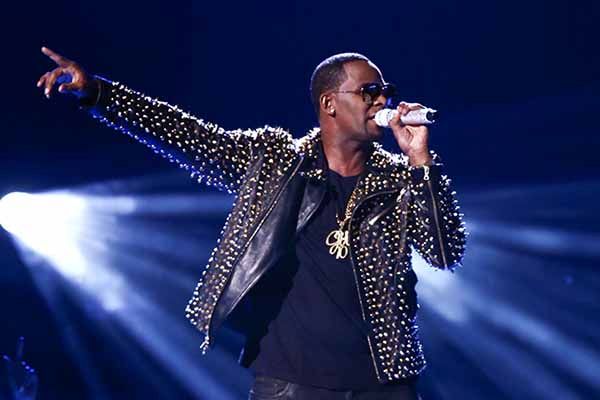 Hey, the BET Awards were last night! Were you too busy working through a DVR backlog chock-full of Cash Cab and House Hunters International to notice? Don’t you worry for a minute: Blaze through a few of these choice cuts below, and you won’t be embarrassed when everyone at the country club’s squash courts later tonight can’t stop talking about how cool R. Kelly’s hat was.

1. Chris Tucker’s comeback has been a careful, slow-burn affair (mostly consisting of him stealing three to four minutes of Silver Linings Playbook). Though he technically hosted the proceedings last night, Tucker wasn’t onscreen that long. He did, however, offer up a damn fine MJ impersonation. Yeah, sure, we’d like more from Young Rush Hour 1 Through 3, but it is pretty rad that Chris agreed to do this just so he could show off the dance moves he’s been practicing in the mirror since he was 13. Do not front on this man’s ability to do the pant-pull side-shimmy.

2. Kendrick Lamar brought Erykah Badu out for “Bitch Don’t Kill My Vibe” and, wisely, let her do whatever the hell she wanted all over the track. So mesmerizing are her vocal histrionics, they almost make you forget about Kendrick’s white pants. Freddie Mercury’s smiling from heaven today.

3. Mariah went full melisma, Young Jeezy popped up to rap about rolling on speed, and the whole thing looked like the set of Behind the Candelabra. And yet, still stealing all the attention was Miguel, if purely for the fact that he did not attempt to leg-murder anyone’s neck last night. Thank you, Miguel, and remember: With great leg-murdering power comes great leg-murdering responsibility.

4. Robin Thicke, Pharrell, and T.I. really do look like they’re having an awesome time running through “Blurred Lines.” (Seriously: The sight of Skateboard P and T.I.P. facing each other to elatedly shimmy, then wrapping each other up in a bear hug, might be enough to motivate you to reach out and patch things up with your long-estranged ne’er-do-well brother.) Also of note: Is Robin increasingly looking like his pops, Alan, or am I just getting paranoid? Is it amusing that Pharrell shouted out “I love black music, man” during a song by a confirmed white person, or is it more paradigm-shifting? And how much did they pay those girls to dance while looking super bored? Cause I def would have done that for free.

5. Apparently R. Kelly just told his DJ to start playing stuff until he ran out of time, which, God bless him for that. It’s moments like these that make you think no one on earth appreciates anything as much as R. Kelly appreciates his own music. That’s my time, ya’ll, I’m out.

BONUS VIDEO: Chief Keef didn’t show up to the BET Awards. And, listening to his plans for the evening had he been in attendance, it’s probably a good thing he didn’t.