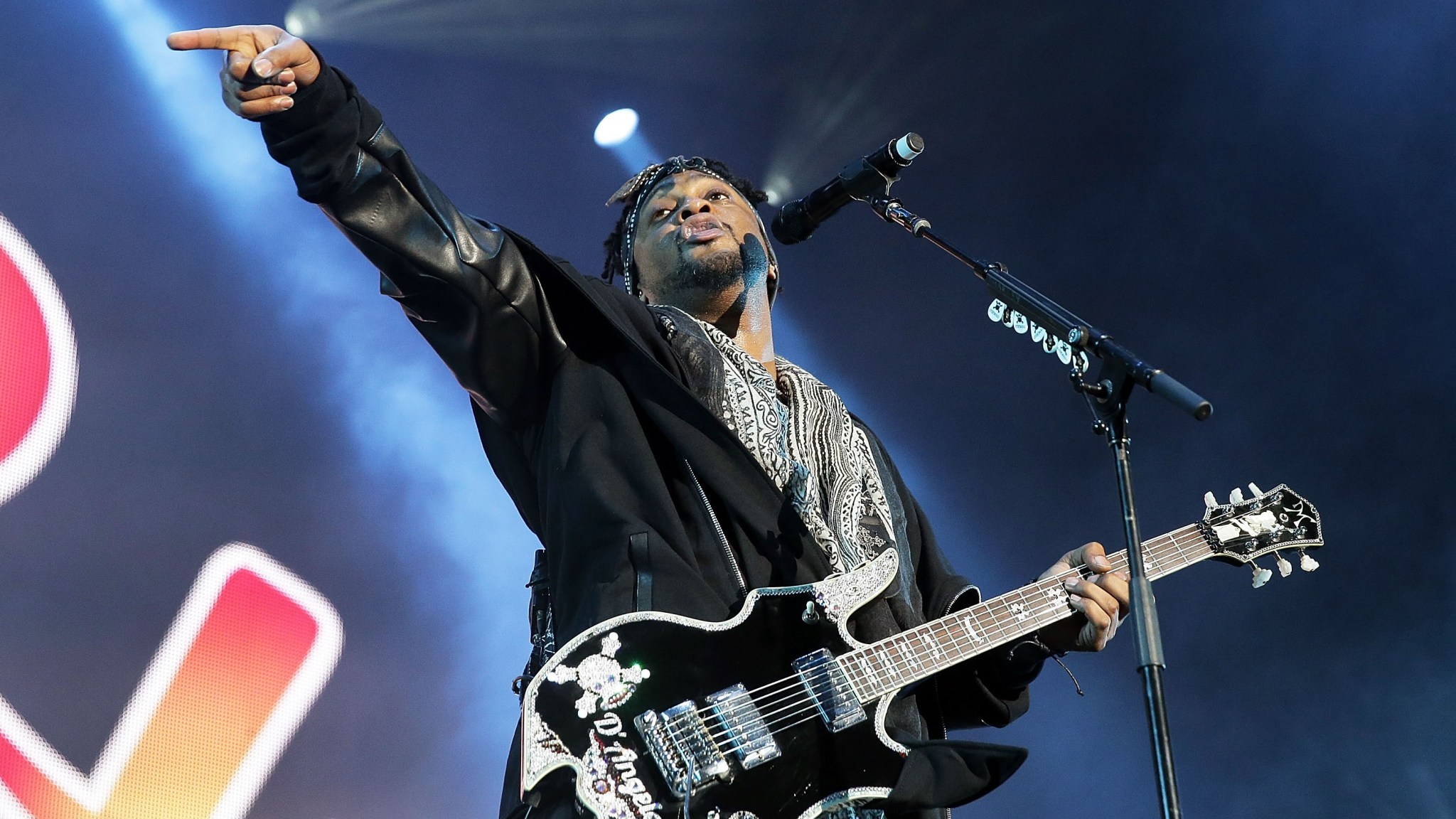 D’Angelo put out a new album this week, did you happen to hear?!! Of course you did: After 15 years of musical silence, the Black Messiah went and dropped Black Messiah with barely a few days notice, redeeming the cockeyed hopes of all those who’d been patiently waiting. Simply a remarkable turn of events.

And so why would anyone else bother pulling a surprise music release, in these last spare moments of 2014, when it’ll inevitably be swallowed up by the onslaughts of year-end lists and the D’Angelo wake? Especially if you’re another R&B dude? You’d have to ask Miguel directly, but a few good guesses might be:

1. He’s got balls the size of the Hoover Dam.
2. He’s been too busy bathing off the southern coast of St. Barts with spider monkeys for the past two weeks … tripping on acid, changing his whole perspective on shit.

Either way, these three new Miguel tracks are pretty good!

Kathleen Hanna’s latest band, The Julie Ruin, has lain relatively low since the excellent 2013 doc The Punk Singer, but here goes a juicy loosie to keep you stans satiated for now. Sing along now: Have you seen her?! Mary Christina!!!

Keef’s had an interesting year, being unceremoniously dropped by Interscope and bouncing right back with a new self-released album, Nobody, whose title number features Mr. West himself, returning the “Blood on the Leaves” favor by mumbling in Auto-Tune on the chorus. And if this surprisingly tender track is any indication, I, for one, am super stoked for this back-to-indie phase of Keef’s career. “I brought my shotty right up in the party,” Keef states, plaintively. “What’s in my house? Seven thousand square feet / my bank account, I swear it’s no telling.” Tell em, Sosa.

In March 2015, when Strangers to Ourselves comes out, it’ll have been eight years since Modest Mouse released a new album. Which, incredible: Countries may fall, presidents may come and go, and Isaac Brock will still yelp like a beautiful schizoid circus-tent prophet.

A couple of present-day eccentric electronic-music heavyweights team up to quickly reimagine “holiday music.” I mean this as a compliment: “Bubs” is the perfect holiday song if you’re doing Christmas at Tim and Eric’s place.

HudMo — the sometime Kanye collaborator, and a force in his own right — has laced a proper beat for a bit of a preposterous concept: a 30-minutes-plus posse cut featuring everyone from Pusha to Kilo Kish to Young Thug to Remy Banks to Heems to Action Bronson. Come for the bars on bars on bars, stay for various people’s adorable “I’m concentrating on reading my verse off this phone” faces.

In which Pain remembers he’s a perfectly competent rapper, and Wayne brags about having “pedals I never stepped on, buttons I never pressed on, backseats I never f’d on” — like, literally, he says “f’d on.” The power of restraint, everybody.

Before skipping over to CBS to take over for David Letterman, our dude Stephen wrapped up his beloved Colbert Report with one last musical guest: the young don Kendrick Lamar. Performing a song he said was still untitled, K. Dot — bundled up in winter outerwear that Tyler Durden might approve of, hair done up in baby-dreads that ODB might approve of — got his hippie rock star on in full force. Swirling the cracked vulnerability of his mixtape days with the command and presence of his post-breakthrough run, Kendrick made one thing clear about his upcoming album: Whatever else it is, it’ll at least be interesting.