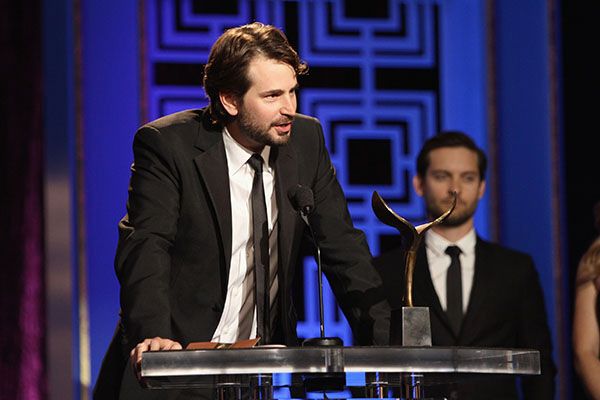 What they do have to do with is the Writers Guild of America, and their annual award ceremony — the one that went down last night, and the one that /Film calls the “last major pre-Oscars guild awards.” (Don’t let any idle thoughts of hammers creep in at the reappearance of the word “guild”! Fight all idle thoughts of hammers!) The big story is that Argo continued its award-season onslaught, and looks to rampage on to that Best Picture Oscar statuette, which would make it only the fourth film ever to take the top prize without also nabbing Best Director (the last one was Driving Miss Daisy. The other two were pre-WWII.)

The other big story is that, over in the television department, a couple of critical/cult favorites managed to sneak in and knock off the big dogs. Louie won the award for Best Comedy Series, its first major series award, which ended Modern Family’s two-year streak. In an even bigger upset, Portlandia managed to end the Daily Show/Colbert/SNL six-year reign over the Comedy/Variety category, which, as Deadline points out, is the show’s “first major award of any kind.” Also: Girls won Best New Series, but Girls is basically the Argo of TV awards at this point, so no one was too surprised.

A partial list of the night’s big winners is below. And the Golden Hammer* went to …

ADAPTED SCREENPLAY
Argo, Screenplay by Chris Terrio; Based on a selection from The Master of Disguise by Antonio J. Mendez and the Wired Magazine article “The Great Escape” by Joshuah Bearman

*NOTE: The WGAs are not actually known, now or ever, as “the Golden Hammers.”