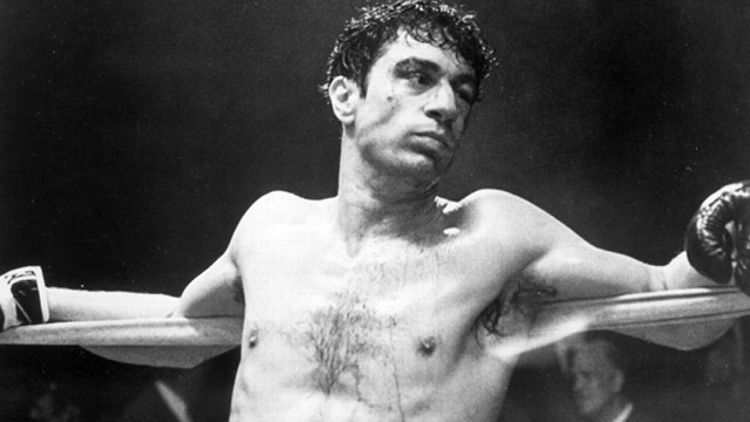 In 1980, Raging Bull loses to Ordinary People. Sometimes we need a little time with our art.

During the 1980 Best Picture race, the Academy needed a standing eight count to clear its collective head. If it had gotten one, it would’ve seen the truth. Art can be immediate — instantaneous even — and a piece can stab you right in the heart the moment you see it. But it can also be too much to comprehend at the point of experience and the remove of time is required to fully appreciate it. That’s the story of the 1980 Best Picture.

Ordinary People, the victor in this one, is a hell of a movie. Tim Hutton, Donald Sutherland, and Mary Tyler Moore all give pitch-perfect performances. It’s a picture of its time. The subject matter of the tragic loss of a child, survivor guilt, feelings of unworthiness in the eyes of one’s parents, and struggle with suicidal tendencies is fertile ground. It’s not light fare. There’s a note of hope at the end though that makes it all go down smoothly, like grape flavoring in kids’ Tylenol. It makes you cry and makes you feel good, like movies are supposed to. And the director Robert Redford was more than just a great story of a star getting behind the camera. He did a bang up job with OP.

Raging Bull, on the other hand confuses, disorients, re-orients, causes the stomach to churn, makes you sweat, and sucks you into a romanticized world before peeling away the romance completely. A forbidding, complex story of a life, shot in moody black and white, a blistering portrait of violence, sadomasochistic rage, of promise and decline — it’s a lot to take in on one viewing. Most Academy voters only watch the entries once. It’s more than a little too raw, a little too unconventional, a little too real for most people the first time they see it. It’s also timeless. Scorsese was an artist at the top of his game. He wasn’t just coasting and doing what he knew how to do either. He was breaking trail, discovering what could be done on film, redefining what cinema could be.

It wasn’t just movies that were confusing at that moment. Also released in 1980 was another epic work (with black-and-white cover art, interestingly), The Clash’s London Calling. A look at the Grammys that year (1981, because that’s when L.C. was eligible) has Christopher Cross’s “Sailing” mopping the floor in all the major categories. Yes, that enduring talent and voice of a generation Christopher Cross. Seriously, it’s well-crafted pop (I suppose), with a murderers’ row of session musicians and backup vocalists.

But song after song on London Calling just pummels you with greatness. Cautionary tales of the future, satirization of social ills, fist-in-the-air rebellion, alienation, drugs, pain, love — this double album’s loaded like a Brink’s truck. The Clash ripped the lid off of what was rotten in society. It sold, but maybe people couldn’t really wrap their heads around it so quickly.

When people finally caught their collective breath, the album is named the best of the 1980s — not the year, the decade. It makes it to the upper echelon of numerous Best Album of All Time lists. When’s the last time you slapped on “Sailing”? You’d probably only do so to settle a prop bet. But London Calling can still make a road trip great.

Similarly, when’s the last time you were flipping channels, came across a Raging Bull fight scene or breakfast table scene, or the scene when Jake meets Vickie, and surfed on? Impossible. Can’t be done. Meanwhile, do any cable networks even play Ordinary People? There’s just not a call for it.

The works didn’t change; we just caught up and figured them out.

Sport usually has the clarity of wins and losses contested on the field. But one can almost envision it going the same with Patriots-Giants of the 2000s. If you look only at those Super Bowl wins, you might be tempted to build a claim that the Giants were the better team, but looking back, dandling grandkids on our knees, I have a feeling it’ll be New England’s body of work that stands out.

At the 2003 Grammys they finally made a big deal of London Calling. Belichick and Brady are going to Canton one day no matter how many more Super Bowls they win or lose.

There was at least a sense that Raging Bull was up to something impressive even if its massiveness wasn’t fully appreciated. What De Niro did was not missed. There have been countless jokes made about the parlor tricks that help land actors Oscars, like portraying paralytics, etc., and De Niro played both ends of being in incredible physical shape and tacking on 60 pounds of lard in the same movie, so he got justly rewarded at the time. Fortunately, Scorsese and his crew managed to stick around in the game long enough to get their reward as well. So even if The Departed wasn’t the movie of the year for you in 2006, pretty much everybody felt like Marty had one owed.

Raging Bull is at the top of all the lists now. But it was an also-ran that night in 1980. Hey, sometimes we just need a little more time.

David Levien is a filmmaker and novelist. His films include Solitary Man, Ocean’s Thirteen, and Rounders, and the most recent novel in his Frank Behr series is 13 Million Dollar Pop. He never tweets @davidlevien.