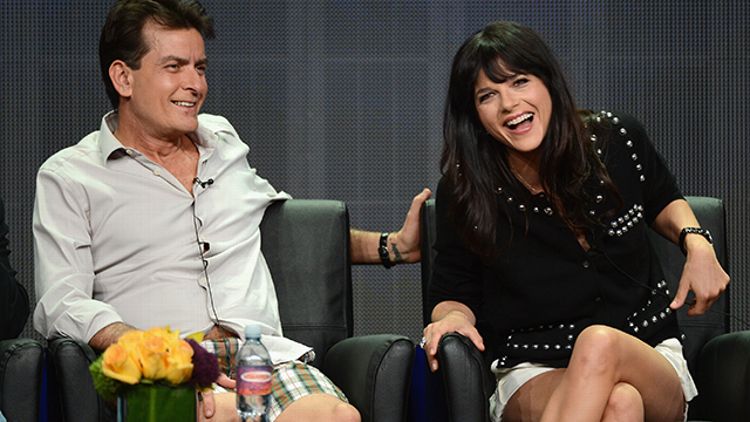 Hey, remember the television program Anger Management? Why, yes, that is a thing that is still happening. In fact, it’s roughly halfway toward fulfilling its ridiculous 100-episode order (churned out on the cheap on an accelerated schedule; it’s the Tyler Perry model) for FX. And it just hit a bit of an iceberg. As Deadline reports, Selma Blair has now been fired from the show following disparaging remarks she made about Charlie Sheen’s work ethic. Sheen found out, threw a fit, and declared it was either him or her. Also, he reportedly sent her a text message calling her that not-so-nice word that starts with a ‘C’ and rhymes with that thing you usually do on fourth downs. No, not “cield goal.”

Says Deadline: “[I]t was not the only abusive, expletives-filled text she had received from Sheen … I also hear that Blair was not the only member of the show’s cast and crew that was frustrated by Sheen’s work habits as I hear they would often sit and wait for hours for him to show up for work. Although it was Blair voicing her concerns that got Sheen to flip out and get her sacked. … I hear the series just sent out a notice about a new female regular who is expected to fill the void left by Blair. The producers likely will use Blair’s exit for another creative makeover following the recent tweaking following Anger Management’s sagging ratings.” Awkwardly enough, on June 10, Blair tweeted, “Thanks for a great day back @charliesheen. You looked pretty darn handsome,” apparently an attempt at a reconciliation that totally and completely failed.

Because you mess with the Charlie bull, you get the Charlie horns. And if you wanna play rough-and-tumble with the superstar, you’re gonna have to accept that you might get trampled. And when it comes right down to it, you’ll all be turned to dust when the Sheenpocalypse comes. Anyway, glad to see he’s matured since his warlock days.