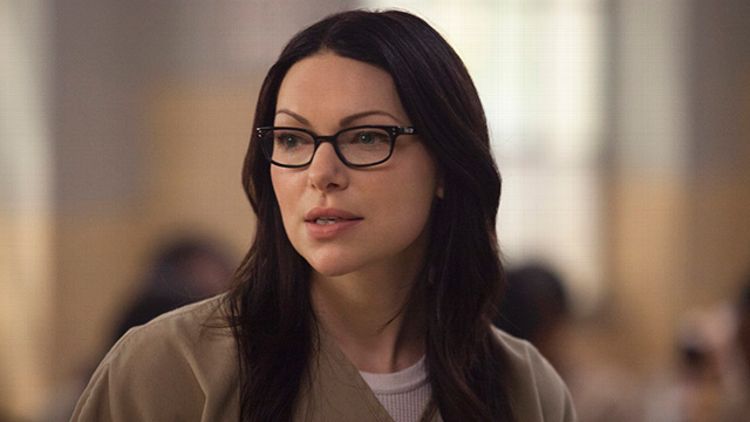 Yesterday Buzzfeed reported that Laura Prepon, the owner of the most critically divisive eyebrows on Orange Is the New Black, was springing herself from women’s prison, returning for the second season only long enough to close the arc of Piper’s hot ex, Alex Vause. An hour and a half after the news had been posted (and commenters had roundly responded with frowny faces and hopes that she would stick around if offered more cash), Netflix called the story “not accurate.” If she were leaving, it would be a strange choice: Vause is the best role she’s played since That ’70’s Show‘s Donna Pinciotti, and OITNB one-upped Netflix originals House of Cards and Arrested Development (the reboot, that is) by getting renewed before it even debuted. Why risk losing that momentum?

Even if you’re not a Vause fan — and I am not particularly a Vause fan, mostly because any scene time stolen from Crazy Eyes is a felony — her relationship with Piper is the glue that holds the plot together. She’s the reason that Piper is in prison in the first place, after all, having seduced her into becoming a drug mule a decade before they both were sentenced (and, perhaps, the person who named Piper two years before the statute of limitations ran out on their drug trafficking charge). The show takes plenty of liberties from its source material, Piper Kerman’s memoir of the same name, and though Prepon’s Vause doesn’t look like “a short, raspy-voiced Midwesterner who looked a bit like a white Eartha Kitt,” she certainly has a handle on the “impossibly cool” part. It’s not tough to imagine falling in love with Vause and then regretting it, or having her evilly yank your heart right back after you’ve spent a day in the SHU.

In her memoir, Kerman refers to Vause’s character as “Nora Jansen,” also a pseudonym; during part of her time served, Kerman and her mysterious drug lord ex-girlfriend shared a cell, which Kerman claims helped her accept responsibility for her crimes. While much of Kerman’s real life is accessible to non-threatening stalkers (threatening stalkers, you can stop reading now) who want to see how much she resembles the actress who plays her, Taylor Schilling (answer: a lot), it’s tough to dig up the real identity of the inspiration for Alex Vause, and of course you could argue that that’s none of our business anyway. But she’s a critical piece of the puzzle, the answer to the question Kerman poses preemptively on her blog: How did a “nice blonde lady,” one of those ladies who have “loving families, Seven Sisters degrees, and no priors,” end up in the clink? The answer is one that adapts awfully well for television: She was in love. The bad kind.

One of the surprises about Orange Is the New Black is how light it is. Much of that can be attributed to the fact that the horrific things that happen to and around Piper in the Litch lockup are leavened by her chemistry with Vause, their sexual tension somehow knotting all of the loose ends of Piper’s past together so that she’s never completely isolated or swallowed up by her circumstances. It’s a given that prison is a bleak place, and it isn’t easy to paint it as a setting that is as often dangerous as it is unexpectedly hospitable. The inmates’ separation from their families creates a void (a topic that Kerman touched on earlier this week in a New York Times editorial, which is well worth a read) that needs to be filled by their bonds with each other, and Vause’s connection with Piper is much more than a substitution formed under extreme circumstances. It’s more titillating and rich than anything that could be cooked up over a 15-month term, more threatening to her future marriage and general life trajectory once she earns her freedom, raising the stakes exponentially. We understand Piper as someone who doesn’t want to cheat on her fiancé, because she is, at her core, good — but everyone also seemed to understand Piper, and the real Kerman, as someone who would never have taken drug money to Belgium in a Tumi bag. In order to buy that her character would be capable of either, we have to invest in Vause as the most powerful villain in the OITNB world.

Alex’s continued presence gives Piper a shadow, coloring her personality with 50 shades of orange. Take her away, and suddenly Piper’s only options are to revert back to a Master Cleanse–hyping yuppie suffering through her sentence, or a fickle sadist who simply seeks out a new bad girl to blame for the corruption of her virtuousness. Unless Vause is truly special, Piper is just a schmuck. The reason the show is great is that Piper is not a schmuck, and neither, really, is anyone else. They each fought their demons (and then the law) and lost, and the demons that haunt OINTB are one of the major reasons to tune in. Straighten up your glasses, Prepon, and look at what you’ve done.

The Bridge Season 1, Episode 6 Recap: Throwing Money in the Fire in 'ID'