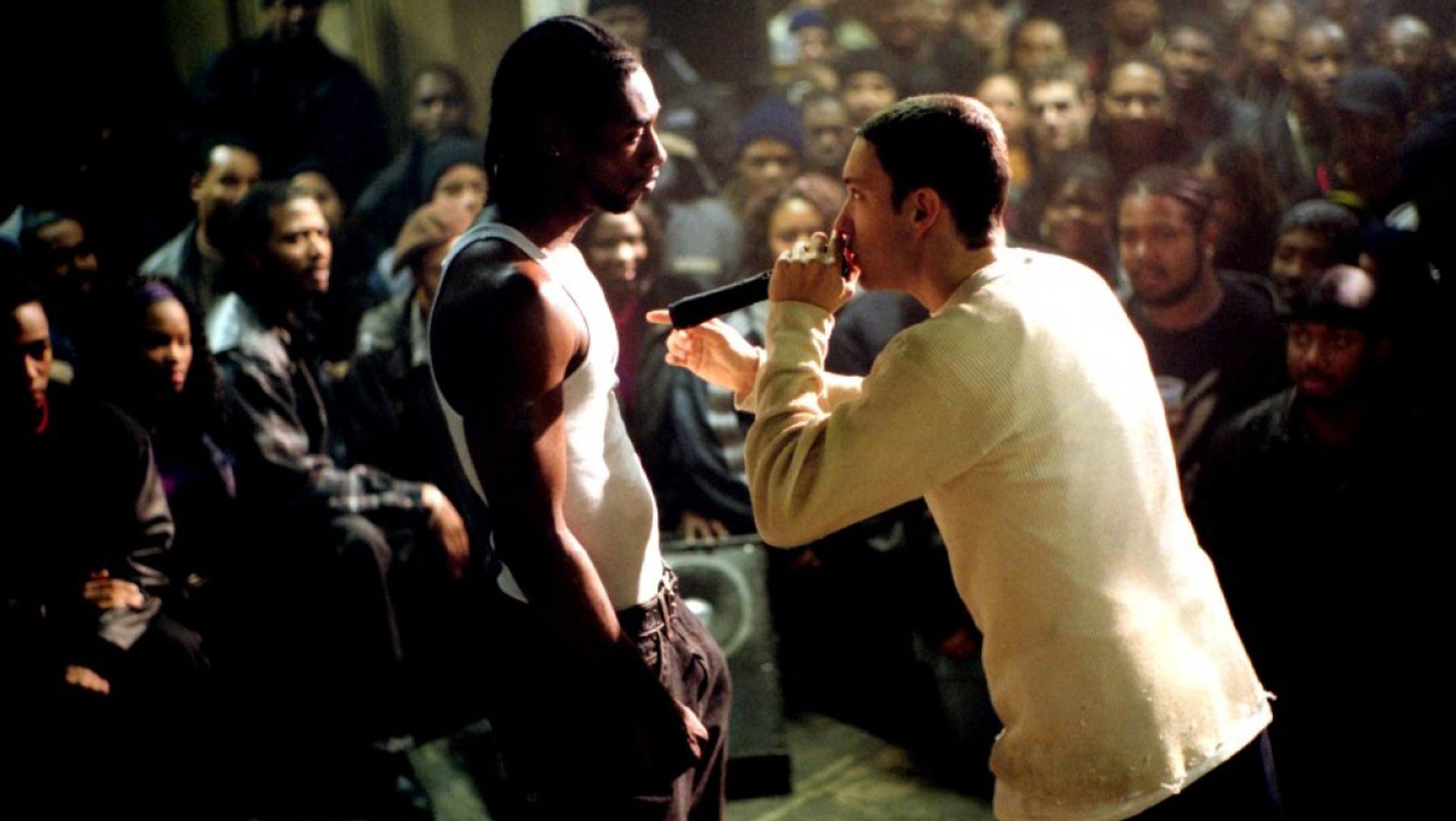 The Shelter lives! Twelve years after B-Rabbit slaughtered Papa Doc in that grimy Detroit basement, Eminem is taking us back to his battle-rap roots. As Rolling Stone reports, on July 12, at New York City’s Hammerstein Ballroom, the Em-sponsored rap battle league Total Slaughter will debut. It’ll feature such scene luminaries as Murda Mook and Loaded Lux, rematching for the first time since their infamous 2003 clash. Also involved, sensibly enough, are Slaughterhouse, the coalition of grizzled rap vets signed to Em’s Shady Records; in fact, Slaughterhouse’s Joe Budden will make his return to the arena at the inaugural event, where he’ll be facing off against Hollow Da Don (who, if he’s as good at coming up with rap names as he is at battling, is probably pretty damn good at battling). Now: Is this or is this not a terrible idea?

As RS points out, there have been many efforts over the years to treat battling as an official sport, “including New Jersey’s early-Nineties Rap Olympics, Cincinnati’s late-Nineties nerd throwdown Scribble Jam and the popular Smack DVDs of the Aughts. But it’s flourished in the last decade as a YouTube phenomenon.” The idea this time around, as Em’s manager, Paul Rosenberg, explains, is “to do for battle rapping what UFC did for MMA.” Adds Slaughterhouse’s Royce da 5’9″: “They thought these [MMA] guys were bar-brawlers and cab-drivers, they didn’t realize how much technical skill went into it until somebody put that on a platform. This is the exact same vision that we all see in these guys. These guys are gladiators.”

The MMA analogy certainly makes sense, and if anyone will succeed where others have failed, why wouldn’t it be Eminem — certainly our rap star most closely associated with battling — and his long-serving, trusty right-hand man, Paul Rosenberg? One question, though: Do we actually want a sanitized rap battle league? The appeal has always seemed to be that kind of impossible-to-re-create organic, underground feel, and maybe past organizational efforts have failed because making this easily accessible to kids taking the PATH into Penn Station from the lovely, leafy suburbs of New Jersey kind of defangs the whole thing?

As Rosenberg told us for our recent Detroit Week oral history on the 8 Mile battle scenes, authenticity was a must: “They’d line up 20 extras and say, ‘OK, do these people look right? Do they look like the people that’d be watching this battle?’ It was all a hundred percent real … They were passing out Black & Milds and Swishers to the extras to have them smoking. Really, just every detail, we made sure it looked right.” Added executive producer Carol Fenelon: “We wanted the feel of a boxing match, or some kind of underground sporting event.”

The Total Slaughter events will be authentic, of course, at least on account of they’ll actually be happening in real life. But unlike UFC — which legitimized a very dangerous sport by formalizing its rules and instituting safeguards for its competitors, and thereby offered a better product — it seems like Total Slaughter, intentionally or otherwise, can’t help but lose some of what makes battling cool. That “single bare lightbulb/secret Russian roulette club” type of feel will be gone.

COUNTERPOINT: Top battle rappers are mind-blowingly good at what they do, and goddamn right they should have a platform on which to showcase, and be handsomely rewarded for, their talents. Also, Rosenberg flatly denied that the star himself will actually be battling (“You gotta be in shape … for it … Marshall hasn’t done stuff like that for a really long time”), which seems like we’re actually due for a “surprise” appearance in which Eminem just shows up and eviscerates someone? OK, fine, fine, you convinced me! It’s a good idea!