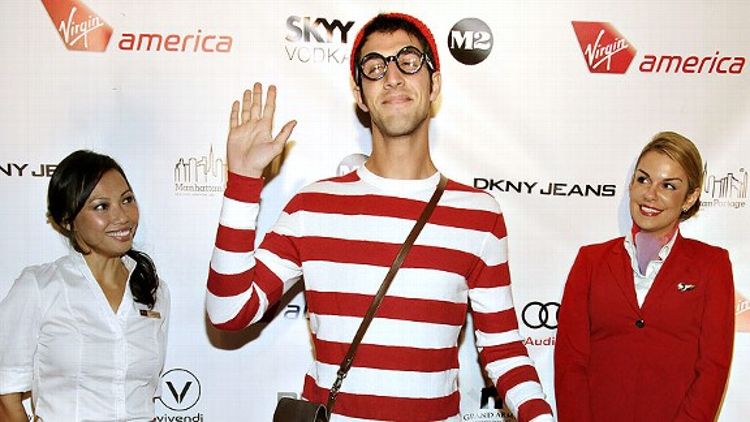 MGM has purchased the rights to Where’s Waldo, and will helm an adaptation as a live-action family adventure. The series, launched in 1987, has sold 55 million copies in over 38 countries. That means if the entire movie consisted of a rotation of still images, and un-soundtracked group point-outs in the theaters, it’d probably still make a ton of money. Grade: A- [Showblitz]

Clive Owen is in talks to star in Recall as an NSA agent trying to — ready? — recall the events of a hostage operation gone wrong. As he does, he realizes he can neither trust his fellow agents or (dun dun dun) himself. Screenwriting legend Paul Schrader (Raging Bull, Taxi Driver) wrote the script, possibly after sitting through a Bourne marathon on TNT? Grade: B+ [Showblitz]

Doug Morris, the famed record executive who left Universal Music Group to run Sony earlier this year, has announced the creation of Kemosabe Records, which will be run by prolific pop producer Dr. Luke. The doctor will continue to produce, only he’s now under an exclusive five-year deal with Sony — meaning he can not work with his frequent collaborator Katy Perry, who’s signed to EMI. Truly, a sad day for one of pop radio’s most fruitful partnerships. We’ll always have “Teenage Dream”! Grade: B [NYTimes via HR]

Brian K. Vaughan, who’s written for Lost and has created multiple comic book series, will adapt Stephen King’s 2009 book Under the Dome for Showtime. The plot revolves around a mysterious forcefield that cuts off a Maine resort town from the rest of the world, and the tension between the people trapped inside. This is as good a time as any to bring up the fact that Maine’s state slogan is “Vacationland.” You’d have thought some other state would have nabbed that first, right? Maine must have had some serious connections at the slogan office. Grade: A- [Deadline]

Pushing Daisies creator Bryan Fuller has two shows in the works at NBC. One is an adaptation of The Munsters, which may get a series order this week for a summer run. The other is Hannibal, the latest iteration of the person-eating character. These projects are actually follow-ups to Fuller’s original pitch for NBC, which never gained much traction, for some reason: a show where Hannibal Lecter moves into the Munsters’ house. Grade: B [Deadline]

Keira Knightley is in talks for Untouched, a period drama about artist’s muse Effie Gray, who was “trapped in a ‘loveless,’ unconsummated marriage to Brit art critic John Ruskin, and his protege, pre-Raphelite painter John Everett Millais.” This is actually the second active film on the subject: Emma Thompson wrote one that Dakota Fanning is starring in. Effie Gray: so hot right now. Grade: C+ [IndieWire via Vulture]