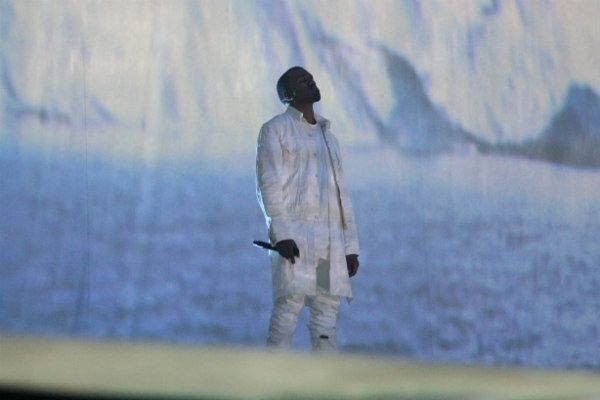 “Remind me again why the Grammys can suck my dick?” Kanye asked on Friday night in London, during what is now his mandatory mid-show freakout/meltdown/one-man theatrical production. It was just one little moment of an eight-minute spiel — there was also a lot of stuff about how corporate America is ruining Kanye, trying to get him to meet corporate American executives’ granddaughters just so he can get $3 million with which to buy a new infinity pool with a permanent chocolate fondue fountain or whatever — but it was the most apt. Because last night a bunch of rich, attractive people got together in a big room to heartily congratulate each other, and then today we’re all gonna spend some time breaking down if those congratulations were handed out in the correct order, and were received in the correct manner, and if you’d much rather not care about awards shows, and would like to be reminded that it’s OK not to care about awards shows by a guy who actually wins awards at those awards shows (albeit a guy who also, OK, yeah, might care the most of all time about awards shows but really doesn’t wanna show it), feel free to ride the Kanye-rant train to pop-culture-contrarianism absolution.

Side note: He also says he’s not feeling “Suit & Tie” all that much, which you might want to read into, considering the whole sideways Jay-Z bashing but, come on — obviously, ‘Ye’s just acting out because he’s sad Jay found a new BFF to pal around with this summer.