What the Hell Is on Lady Gaga’s Head? An Investigation 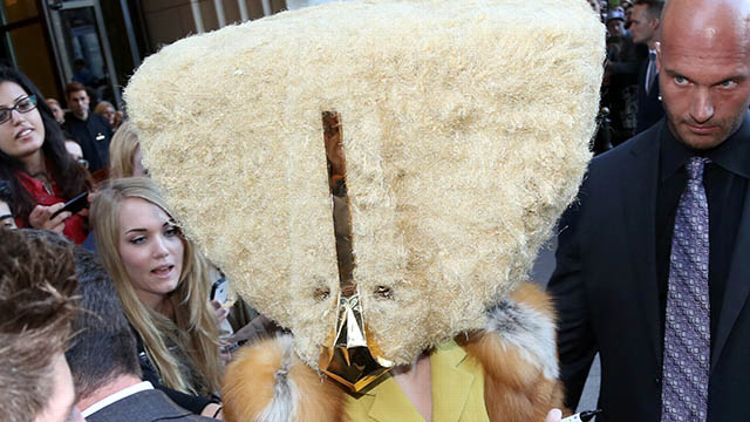 This week, Lady Gaga demonstrated that she was back in smash-single-releasing mode with the release of “Do What U Want,” and yesterday, she proved she was back in zero-sense-making-vaguely-terrifying-conceptual-outfit mode as well, debuting a brand-new headpiece outside her hotel in Berlin. What is happening here? Do we feel good about it? What is this, even? Hollywood Prospectus editors Mark Lisanti and Emily Yoshida are on the case.

Yoshida: My immediate reaction: grilled rice ball. Which is always my go-to end-of-meal carb bomb to order at my favorite Japanese eateries. It’s warm, it’s simple, it’s got just enough crunch and salt to hit those pleasure centers in the brain. So of course Gaga’s getup made me feel very warm and nourished — like, I wanna wash that down with a cold Sapporo, from a culinary standpoint. From every other standpoint, it will be giving me nightmares for a week!

Lisanti: I get more of a “fuzzy wedge of ramen” vibe, food-wise. I would not eat her head. I think it has been sitting out in a pot of lukewarm water for a few days. Your roommate came home drunk, decided to boil up some noodles, then forgot to turn on the stove burner. You woke up to this the next day. Your roommate threw up in the microwave and then went to sleep underneath the coffee table. It’s a mess.

But my first reaction was that she looks like a bale of hay on a haunted hay ride. The world’s most pretentious haunted hay ride. Like, she’s got headless Andy Warhols jumping out at you holding timers stuck at 14:59, and then maybe being bitchy about your outfit. You wore plaid, it’s a hay ride.

Yoshida: Important detail: She’s got a ponytail going on in the back, falling from the base of her rice-ball-ramen-head (that combination of things makes it sounds so much cuter than it actually is). So the fuzzy wedge is supposed to be her head, enlarged and covered with blonde hair, even on the face? Like the Wolf Man with elephantiasis? Elephant Wolf Man? 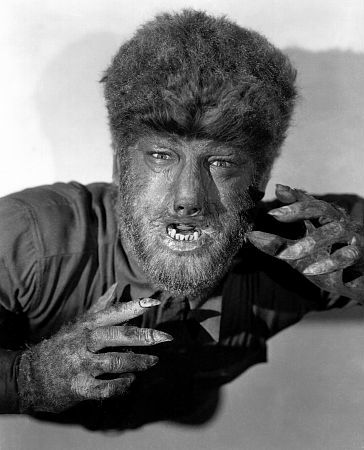 In any case, it looks like something has gone terribly awry and some kind of questionable Victorian medicine is definitely to blame. Maybe that’s not even her head, it’s just a headpiece custom made by the old-timey doctors to hide whatever gruesome thing is actually going on underneath, with a ponytail added on to make sure she’s still identifiably human. FYI, I just did some really dark Google image searches.

Lisanti: Now it looks like the mascot from the Central Colorado State Snugglin’ Teddy Bears accidentally sat down on the head of a golden robot duck. Look at its poor little beak jutting out of the bear’s fanny-seam! Tragically, the duck did not survive, and the mascot had some serious explaining to do at the emergency room. “I fell on him,” he says, shrugging. They’ve heard that one before. They don’t buy it. Yoshida: I stared too long into the little dark eye-holes in the mass of blonde fuzz and I don’t think I’m going to get that part of my soul back now. Masks in general make me go to a dark place. I was going to say that Gaga also looks like a chenille throw pillow in the dollar basket at Claire’s, but the sad, empty eyes remind me of the sand monsters on the walls in this horrible scene from Return to Oz. I can imagine her croaking “poison” over and over again from the dark, lonely recesses of her conceptual piñata as the nice security detail carefully guides her into her limo, not too quickly so as to avoid her entire body getting washed away like a sand castle. This has gotten weird.

Lisanti: It really has. I think this means Gaga won this round. We’re talking about her. We’re visualizing food and mascot accidents and the existential despair of empty mask-eyes.

And we didn’t even get to the fox arms.

The Captain America: The Winter Soldier Trailer: In Which Cap Discusses the Murky Ethical Underpinnings of the War on Terror

The Check-In: Chuck Lorre's Mom Is Traditional, Filthy, and a Lot More Interesting Than His Other Sitcoms