What Should T.I.’s Post-Prison Game Plan Be? 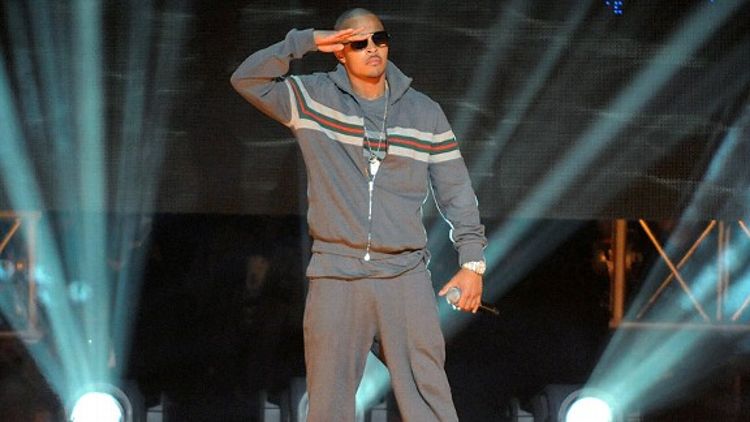 T.I. has been out of prison for a week. In those seven days, he’s been the recipient of an opulent welcome-home brunch, appeared on Atlanta stages with both Young Jeezy and Taylor Swift, and interceded in a late-night club-fight between Diddy and a person not drinking Diddy-sponsored Ciroc vodka. He’s also talked up his upcoming novel, Power & Beauty: A Story of Life on the Streets, and his VH1 reality show, which will double as a showcase for the creative pursuits of his children, most notably his daughter’s band OMG Girlz. And, somewhere in between all that, he snuck in a new single.

It looks like he’s hoping sheer ubiquity will steamroll him back on top. But it’s not be that simple. T.I. is coming off his second hefty prison stint in two years. Get locked up once, and people print up “Free [blank]” T-Shirts. Get locked up twice, and people start rolling their eyes. So what steps should our dude take to get back in the good graces of his masses?

He can’t follow the traditional redemption narrative, and it’s not just the back-to-back jail sentences that screwed that up. During his time off from the big house in 2010, T.I. rush-recorded and released an album. It was originally titled King Uncaged, and featured a brazen image of T.I. fearlessly hanging out with a lion. When it became clear that a probation violation was going to send him back to the slammer, the name was changed to No Mercy, and the cover art to a stark, supplicant T.I. (No lion!) Worse of all, a maudlin single, “Get Back Up,” was released: “Apologies to my fans and my closest friends / For lettin’ you down, I won’t take you down this road again / Most of you now sayin’ ‘Whatever, here we go again.’” This was supposed to be T.I.’s big mea culpa moment. It’s even limper now in retrospect.

Saying “I’m” sorry again will only make things more awkward. Not to equate what T.I. did with what Chris Brown did, but from a PR perspective, it makes sense to look at Brown’s post-crime timeline: it wasn’t until the dancing automaton stopped trying to peddle off insincere apologies that he managed to worm his way back onto the Top 40. T.I. is no better at apologizing sincerely than Breezy was, and really, he’s got less to apologize for. Yes, his fans are disappointed he tried to buy guns (which led to the 2009 arrest) and was caught with drugs (which led to the 2010 arrest) — but it’s not like they would stop listening to his music because of those indiscretions. They don’t want an apology, really; they just want to see him stop screwing up. Which means sappy ballad-rap and vague declarations of resilience (at another point on No Mercy, T.I. actually says the words “I know I’m the shit ‘cause I bounced back / totally recovered from a pitfall”) should be declared persona non grata in the next recording process.

So what should the next album sound like? Glad you asked! First: On the outro to “I’m Flexin’”, T.I. shouts out that “Prison ain’t change shit, homeboy.” Please elaborate! Recently imprisoned rappers have been hesitant to talk about their jail time (All we got out of Lil Wayne from Carter IV was “If I knew I was going to jail I would have fucked my attorney”) and maybe that’s because there’s nothing much to say. But T.I. could afford to get a lot more confessional. He has, in the past, spoken earnestly about the murder of his close friend Philant Johnson, an incident that led to the kind of paranoiac mind-state in which one finds the purchase of silencers and machine guns to be a solid idea. He hasn’t quite explained the sketchy traffic stop/drug arrest that triggered his parole violation. It’d be good to hear T.I. talk about this stuff candidly and attempt to put it in context of his particular superstar situation, whether on a record on in an interview. He’s shown he can do that kind of thing in the past, like with the simple effectiveness of the line “My cousin died over some yay, and I miss him,” from “Live in the Sky.”

He’s also promising a return to the old style, meaning a move away from his latter-day pop-radio hits like “Live Your Life” and back toward the gnarly drug talk of his early albums Trap Muzik and Urban Legend. This is great news! But can he deliver on that promise? He swears he can, telling an Atlanta radio station last week “I know how to do it. I got that formula. It’s like making sweet Kool Aid. Easy.” More importantly, the latest single “I’m Flexin’” — produced by up-and-comer Big K.R.I.T., a Mississippi MC explicitly influenced by T.I.’s early prime — does touch that sound. It’s a track most reminiscent of the excellent “Front Back,” from his 2006 album KING, T.I.’s greatest street/pop balancing act to date. Ultimately, once the beats from his old hit-machine producer pals like Jim Jonsin and Swizz Beats start rolling in, he might not be able to resist chasing a big radio number. But it’d be great if he did, just for this one next album.