What Is an Upfront, What About It Is Up-front, and Why Is Outkast Here? 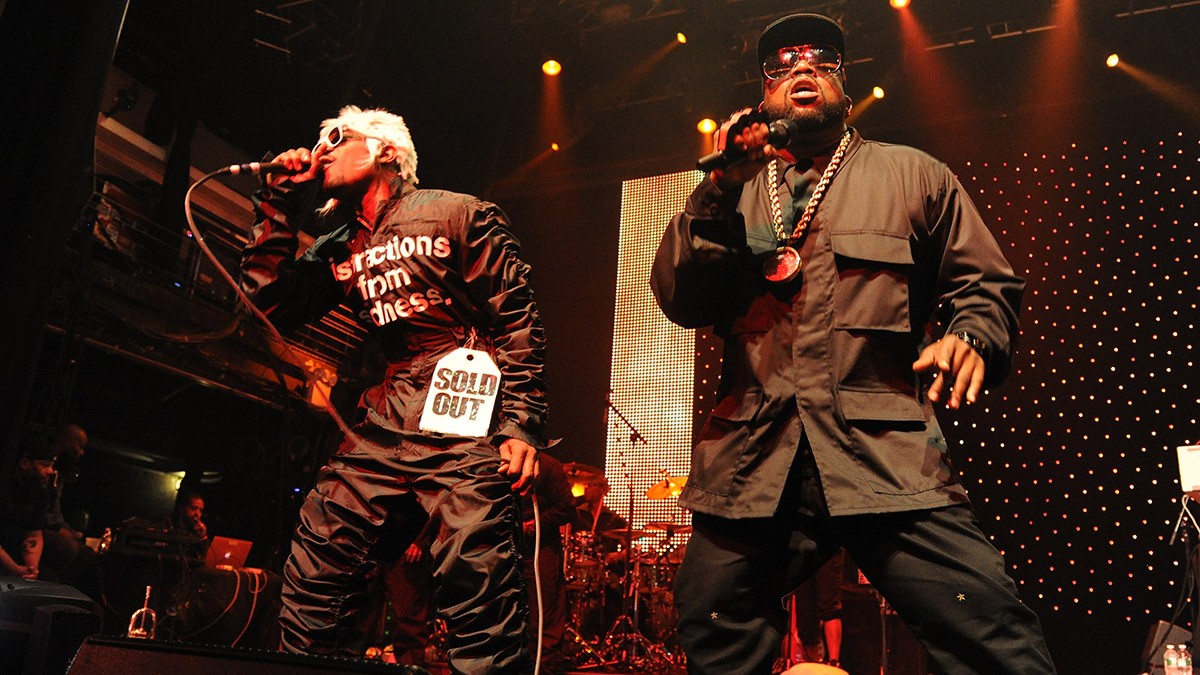 New York City is buzzing right now. And if you’re here, I’m sure you can feel it. You know, the buzz. And even if you’re not, I’m guessing you can sense it. The tingle. Because, finally, it’s that magical time of the year.

Let’s talk about upfronts. Because what else would one discuss on this holy stretch that is the second full week of May?

Should You Know What Upfronts Are?

No. Because they aren’t for us. And they never will be.

Should You Feel Embarrassed About Not Knowing What Upfronts Are?

I lived in New York City, land of the upfront, for three years and had no idea they existed. So absolutely not. Actually, this is your last opportunity to continue living a life in the dark, which weirdly is the way of the light. Because I’m about to tell you what they are. Right now.

An upfront is an event in which a television network announces its fall schedule, in as extravagant a way as possible. The networks want advertisers to pick their shows (new and old) as places to put brand spots, so they will go to great lengths to woo them. And like all things across the network landscape, it has become a competition to see who can have the most talked-about event. Because of this, knowledge or concern of the new fall television schedule becomes a secondary priority to what each network has planned for its upfront. This process takes place around this time in May every year.

Was All of That Clear After Attending Multiple Upfronts?

Not even close. Someone had to walk me through it. I thought these kind networks were randomly rewarding viewers with performances, free drinks, and truffle mozz sticks.

Why Are Upfronts Called Upfronts?

Allegedly, it’s because marketers are given time — up front — to buy commercial air time. Seconds until you no longer care about that: seven.

Now That You Know What All The Fuss Is About, Should You Care?

Only slightly. Actually, no.

So Who Goes to Upfronts? 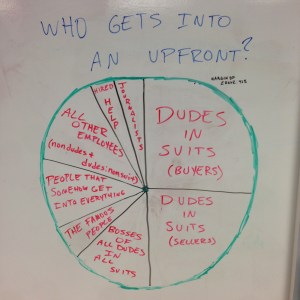 They can be. Conversely, they also cannot be. An important thing to remember when presented with the opportunity to go to an upfront is that it will be the coolest night of the year for 90 percent of the room. So just take that for what it’s worth.

What Exactly Happens at These Mysterious Upfronts?

The networks are pitching their brand and their shows, and this happens in a number of ways. It can happen via a sizzle reel, theatrical performances, musical guests, and speeches by stars of the network, as well as presentations by Bosses of All Dudes In All Suits. Occasionally an inside joke will happen, causing Dudes In Suits as well as All Other Employees to laugh. You won’t understand what’s happening. Because, again, you’re invisible.

Does One Network Have Particularly Good Upfronts?

It’s hard to say having not sneaked into them all, but Turner Broadcasting’s Adult Swim network is on a hot streak, landing Kanye West in 2013 and Outkast in 2014.

How Does Adult Swim Get Artists Like Kanye West and Outkast to Come to Their Upfront? Is It Because They Love Loiter Squad?

No. Adult Swim pays the artists with money.

No, this is real life. That’s Andre and Big, with three Bosses Of All Dudes In All Suits.

Does Andre Truly Understand What an Upfront Is?

Unclear. Which, if you’ll refer to the top, is nothing to be embarrassed about. While putting on a great concert with Big Boi, one much sharper than their inaugural reunion show at the Coachella Music Festival, he occasionally addressed the crowd as if he were a life coach hired to pump up the staff at a company picnic. He behaved as if everyone were an employee and one of his purposes onstage was to remind us all that we worked at the best company on earth. Like that time when he mentioned that if he weren’t rapping he’d probably work at Adult Swim.

A hip-hop duo from Atlanta, Georgia, consisting of two members, Andre 3000 and Big Boi, who are in the early stages of their 20th-anniversary tour around the world. 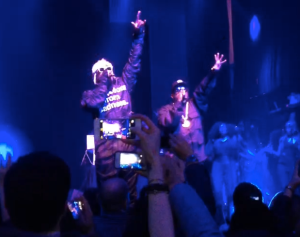 Sorry, One More. What Is a Concert?

It’s when you have an elevated stage and the people elevated perform and everyone else takes pictures and videos of the proceedings for which they know not the lyrics.

So How Was the Concert?

It was very good, both regarding the performance and my relationship with the crowd. Outkast did pretty much the same set they’re doing at every festival stop (the Adult Swim upfront, as of now, is the only non-festival stop scheduled). The two seemed to brush off the fact that much of the crowd had a very limited knowledge of the group’s non-hits. As for me, the blessing of a non-die-hard audience was that it was very easy to walk to the front of the crowd. And when 97 percent of those in attendance, most of whom aren’t rapping every lyric as you’d like, are behind you, you can’t see them. Which means you’re almost solely focused on Outkast. Which is how it always should be.

The 'Point Break' Remake Has a New Bodhi, and It Is Not Keanu Reeves

Take a Five-Minute Look at The CW’s ‘The Flash’