The ‘Point Break’ Remake Has a New Bodhi, and It Is Not Keanu Reeves 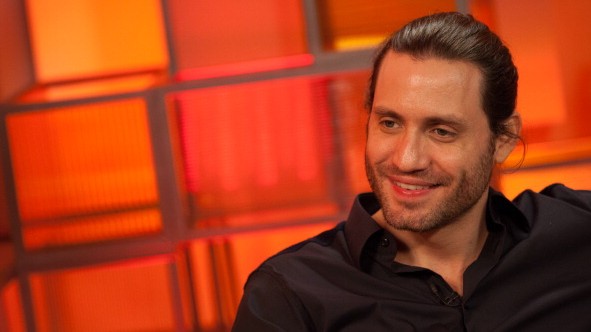 Sometimes dreams end. Sometimes you wake with a start in the middle of the night, and no matter how hard you squeeze your eyes shut and try to pick up your place inside your dream world, the moment is gone forever. You’re left with nothing but a foggy memory, the sickly sweat of a good sleep ruined.

We are, of course, talking about our dream that Keanu Reeves might seize the opportunity to replace the suddenly departed Gerard Butler as Bodhi in the Point Break remake nobody asked for, and which nobody wants without Keane Reeves’s participation, because they’ve already cast a Johnny Utah and because Keanu Reeves inhabiting Patrick Swayze’s golden spirit is the only way this project makes any sense.

Once news of Butler’s departure went public, we made a list of possible replacement candidates, and it looked like this:

3. A CGI rendering of Keanu Reeves culled from his original Point Break work, used without his consent under some obscure legal provision of his old contract

4. Brad Pitt playing the part exactly as Keanu Reeves would have

This list was ignored. It didn’t help that our latest, and ultimately doomed, plea for Keanu Reeves  was not actually rendered in list form, as studio executives aren’t known for their patience, and their internal coverage of our blog post might not have been able to infer the surprisingly practical suggestions of nos. 3 and 4, which weren’t at all mentioned previously.

But it’s all water under the pier, because they’ve announced a new Bodhi. And, truth be told, in a vacuum it’s a good and perhaps inspired choice, once we finally accept that our Keanu Reeves dreams are gone.

Your new Bodhi is Edgar Ramirez, a fine and exciting actor, perhaps a future superstar. You might remember him most recently as the priest in The Counselor. Before that, from Zero Dark Thirty. Before that, Ares in Wrath of the Titans, presciently battling Sam Worthington, our worst-case scenario Bodhi, thank ye gods that guy is tied up shooting Avatar sequels for the next decade:

Last year, someone turned a memorable scene of his from Domino into a Diet Coke commercial.

Another person did this for him.

Ramirez’s résumé is impressive. He is qualified to play a surfer with a philosopher’s soul and a criminal’s heart. He is not without fans who possess both passion and basic iMovie skills. He will be excellent in the role.

But he is not Keanu Reeves.

That dream is dead. Point Break lives on.

Unless, like, the funding falls through, the cast is scattered to other commitments, and the project is saved by deep-pocketed, secret Break obsessive Megan Ellison, who entices Keanu Reeves to reconsider, because she’s already got Channing Tatum onboard as Johnny Utah and Paul Thomas Anderson seriously interested in directing.

That’s another dream entirely. Channing Tatum is an Eff Bee Eye agent. Keanu Reeves is his Zen corrupter. If we all squeeze our eyes shut tight enough, maybe we can make it happen. Maybe we can live in that dream world together.

What Is an Upfront, What About It Is Up-front, and Why Is Outkast Here?