Gerard Butler Is Out of the ‘Point Break’ Remake. Bring Us Keanu. Bring Him Right Now. 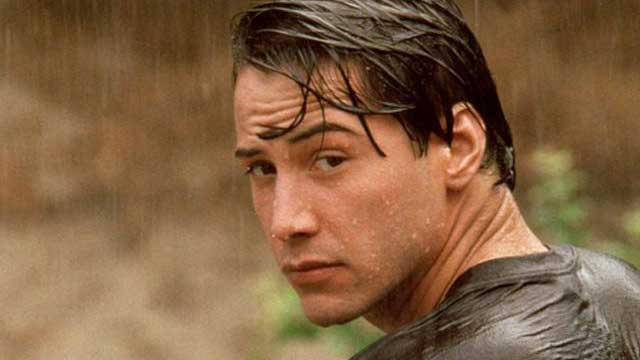 Drowned like so many gut-shot surfer-bandits in the relentless, bone-crushing waves of incremental Star Wars developments is the fact that Point Break is being remade — nay, rebooted, in the custom of our times — and that it will star Gerard Butler as Bodhi and some other dude you’ve never heard of as Johnny Two-tah. Fine, that’s not news, technically, because it’s a queasy-making reality we’ve been living in for months now. But this is news by any definition: Gerard Butler, who seemed an absolutely terrible choice to update Patrick Swayze’s iconic turn as the rubber-Reagan-faced philosopher-crook, is no longer playing Bodhi. The universe, as it sometimes does when thrown out of balance by cosmic disturbance of this magnitude, has self-corrected, placing an intractable scheduling conflict in Butler’s path: He needs to be somewhere else to do his very important work on the Olympus Has Fallen sequel London Has Fallen (details are scant, but one imagines he will be collecting the bodies Jack Bauer leaves behind). The Hollywood Reporter also vaguely invokes “creative differences,” which we will take to mean daily, boozy fistfights over which shade of over-the-counter Revlon hair dye more faithfully evokes Swayze’s golden mane, Malibu Sun-Kiss or Long Beach Scalp-Sizzler.

And so the celestial casting machinery spins into action once again, as our untested, anonymous Utah will need a new criminal foil. And we renew our righteous call to restore Keanu Reeves to the rightful place in any Point Break project. No, not as an Eff Bee Eye agent, because that boogie board has already pushed out into the ocean. As Bodhi. Yes, as we’ve already pointed out, this request runs directly counter to Reeves’s dutifully recorded wishes, but every hero must first refuse the call to action; that is some entry-level Joseph Campbell shit. Reeves will do some deep soul-searching, staring out into the yawning infinity of the Pacific, the warm sand shifting between his toes. I can’t do it, he will say to himself, acknowledging for his own ego preservation that to look backward is to die an artist’s death. But then Swayze will paddle up astride a surfboard made of sunbeams and tell him, Get over yourself, bra. You need to save this movie. Go ahead and be me. And Keanu will squeeze shut his eyes, think long and hard, and reconsider. He will realize there’s a fledgling g-man to mentor. He will realize there is no defeat in once again storming this beach.

Or he’ll say no and they’ll just get Sam Worthington. The universe can really be a dick when it wants to.

Lykke Li and the Lost Art of the Power Ballad