Lykke Li and the Lost Art of the Power Ballad 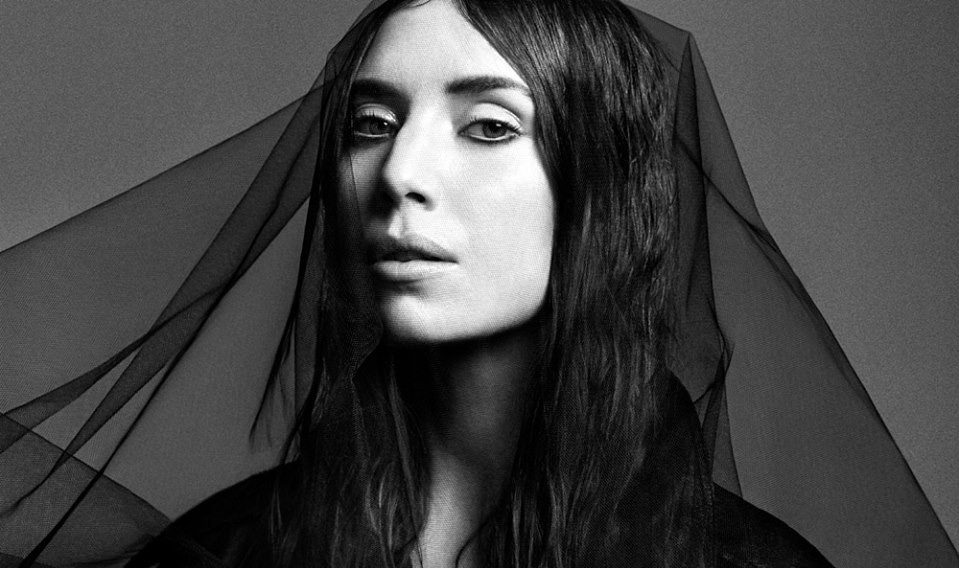 What is power balladry if not an exercise in precise dynamics? A power ballad must begin quietly, preferably with a plaintive guitar or a soulful piano. The singer will then utter a pained whisper, for the singer is facing a highly momentous crossroad in his or her life. The singer is Steven Tyler in Aerosmith’s “Dream On,” pondering his wrinkles in the mirror and wondering what they signify about the meaning of existence. The singer is Bret Michaels in Poison’s “Every Rose Has Its Thorn,” lying awake in bed in the middle of the night next to the most beautiful skank in Hollywood, and wondering what she signifies. The singer is Celine Dion in “My Heart Will Go On,” opening her CGI heart on James Cameron’s CGI’ed Titanic. The singer is Chris Martin in Coldplay’s “Fix You,” providing his services as an emotional handyman to his future ex-wife. The singer is all of us, mumbling along at the start of the power ballad as we drive away from one of our own relatively banal crises.

We have been conditioned to understand that no power ballad stays quiet for long. At some point (most often after the first verse) we know drums will enter and increase the intensity, which will naturally make the other instruments play with slowly escalating loudness. The singer will dispense clichés about struggle — mountains that are to be climbed and whole worlds that are to be lifted off shoulders. But in the right hands (such as prodigious mountain climber/world lifter Lou Gramm in Foreigner’s “I Want To Know What Love Is”) the universal rightness of those clichés will be affirmed. The fact is that people really do have metaphorical land-masses to conquer and rhetorical planets to transcend. Power ballads therefore give noble, romantic shape to the mundane drudgery of daily life.

Power ballads are ridiculed by cynics for their formulas, their shamelessness, their lack of subtlety. But power ballads are popular because they are predictable, which is a less charitable way of saying that they are comforting. You come for catharsis and catharsis is what power ballads deliver at their climaxes — string sections roar, choirs composed of robed gospel singers and/or children bellow, C.C. DeVille’s guitar wheedles. And we scream the clichés bounding gloriously out of the car speakers back at our blasted steering wheels, because our troubles have both been acknowledged and put in perspective by this bombastically oversize song.

“Power ballad” has been frequently used to describe I Never Learn, the great new album out this week by Swedish singer-songwriter Lykke Li. The artist herself has used the term to talk about her third LP, a departure from the quirky (some might say gimmicky) indie pop of her first two records, 2008’s Youth Novels and 2011’s Wounded Rhymes. “Every song on the album is a power ballad,” Li said in March. “Like one of those old radio stations. This is a slow dance; a slow burner.”

Li wrote and produced I Never Learn (with longtime creative partner Björn Yttling) in the aftermath of a torturous romantic breakup and relocation to Los Angeles, and in interviews she has likened the album to the stark, confessional music made by the perpetually depressed rock stars who populated her new hometown in the ’70s. It’s true that I Never Learn mixes self-laceration, self-pity, and flaky mysticism in a way that can be credibly compared to Jackson Browne, Joni Mitchell, and Graham Nash. (In a recent Pitchfork interview, Li singled out Nash’s “Simple Man” as an inspiration.) But as any student of power ballads will tell you, the form actually peaked a decade after the glory years of El Lay downer folk. I Never Learn is similarly tuned to a grander, cornier, ’80s-centric radio station.

Take “Never Gonna Love Again,” arguably the best song on I Never Learn and an instant power-ballad classic. It opens with Li standing in the rain — always a handy power-ballad scenario. The rain (of course) is metaphorical, but it is also literal. “Baby can you hear the rain fall on me?” she asks, in a quiet, drenched purr. After the first verse, the drums come in, and we’re off. Li is now alone, on a lonely highway, questing, emoting, determined to never fall in love again, weary of spiritual traffic, propelled forward by a self-made pocket symphony. “Every time the rain falls, think of me,” Li sings in the chorus — that’s just a tremendous power-ballad lyric. Truly, Diane Warren would’ve been honored to hand that one to Laura Branigan.

Like so many other aspects of pop that indie aesthetes have now come to embrace after years of scorn, the power ballad requires a specific personality type to pull off successfully. You must be a knowingly earnest and unknowingly ridiculous person. Power ballads cease to be power ballads if even a trace amount of irony is detected — power ballads must be self-obsessed, not self-impressed. (This is what kept Lady Gaga’s Robert John “Mutt” Lange–assisted “You and I” from achieving true legend status as a modern power ballad.) The idea is to portray a personal story about loss and hardship as the single most important and dramatic event in human history, for this is an incredibly silly and highly accurate depiction of how human beings process the miserable things in their lives inside their own heads.

Li is perhaps more qualified than anyone in pop right now in this particular regard.  She is certainly unknowingly ridiculous: “This is me making love to my demons,” was how Li described I Never Learn to Pitchfork. Then you play the record and realize she is knowingly earnest in the best possible way (and not entirely wrong about the “sex with demons” thing). I Never Learn is loaded with so many memorable moments of sweeping, awe-inspiring, capital-F Feeling, starting with the rush of strings that lift Li’s wordless sighs on the stellar album-opening title track to heights previously experienced by only Joe Cocker and Jennifer Warnes. Also dig how the drums pound out heavy artillery on “Gunshot” (the record’s closest thing to an “upbeat” number) or how Li doesn’t let the song explode on the excellent weepie “Love Me Like I’m Not Made of Stone.” Just from a pure “this sounds positively Wagnerian on headphones” perspective, few pop albums are likely to match I Never Learn this year.

After the cutesiness of her early albums, I Never Learn has been positioned as Li’s anti-pop move. But for me, this is the first time she’s seemed like a true star, and not a lesser iteration of her peers in stylish Swedish indie-pop, Robyn and Icona Pop. I imagine I Never Learn is what Katy Perry wanted Prism to be, an even split between “personal” and “pop” where the latter elevates the former rather than the former dragging down the latter. On Li’s previous record, there’s a sorta-stupid ballad called “Sadness Is a Blessing” on which she sings, “Sadness is my boyfriend, oh sadness, I’m your girl.” On I Never Learn, Li doesn’t have to say this explicitly, because she expresses it as a matter of course on every track, somewhere between the time when the drums come in and the chorus arrives to scale mountains and traverse rainstorms.

Small(er) Movie Review Roundup: Because the Word 'Amazing' Should Have Been a Red Flag

Gerard Butler Is Out of the 'Point Break' Remake. Bring Us Keanu. Bring Him Right Now.