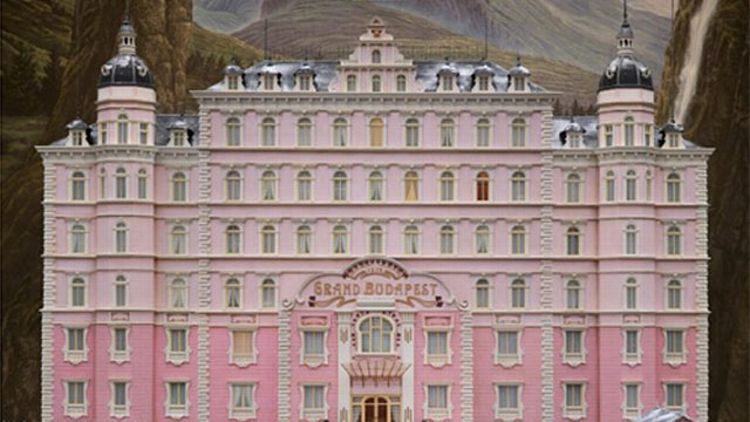 Wes Anderson has finally reached the point in his career when he can make a movie about a building and not have to apologize for it, as evidenced by the just-released poster for The Grand Budapest Hotel. This is great news for the Andersonians and terrible news for Sofia Coppola — just goes to show, the second you abandon your palatial hotel turf it becomes overrun with vintage tweed and meticulously organized survival kits and taxidermied animal heads.

But back to the poster: Despite lacking an image of a single human character, there is lots to unpack here. First of all, the color pink: Often used to symbolize innocence, it stands in stark contrast to the wilds of Europe, towered over by a mossy protusion reaching up through the mist. There is also a waterfall to the right of the building, perhaps even coming in contact with the structure itself; waterfalls are long known as a metaphor for chaos and recklessness. Also noteworthy: Grand Budapest Hotel = GBH = grievous bodily harm. I think it’s safe to assume that violent assault or murder and club drug experimentation will come into play in the plot. There’s a good chance this turns out to be a horror movie.

I’d also like to point out that, significantly, there are no lights on in floors three and four of the GBH. Perhaps some kind of plumbing or electrical problem has prohibited the management from booking them, possibly as a result of the hotel being in the path of a waterfall. But the strange coincidences don’t stop there. 4 and 3 = 43, the age Wes Anderson was during the production of GBH, and the age at which a recent study suggest most men become fully emotionally mature adults. What is Wes Anderson trying to tell us by leaving those floors vacant in his pink monument to innocence?

Seriously, though, this movie looks so cute. I hope the other buildings in it are just as interesting. 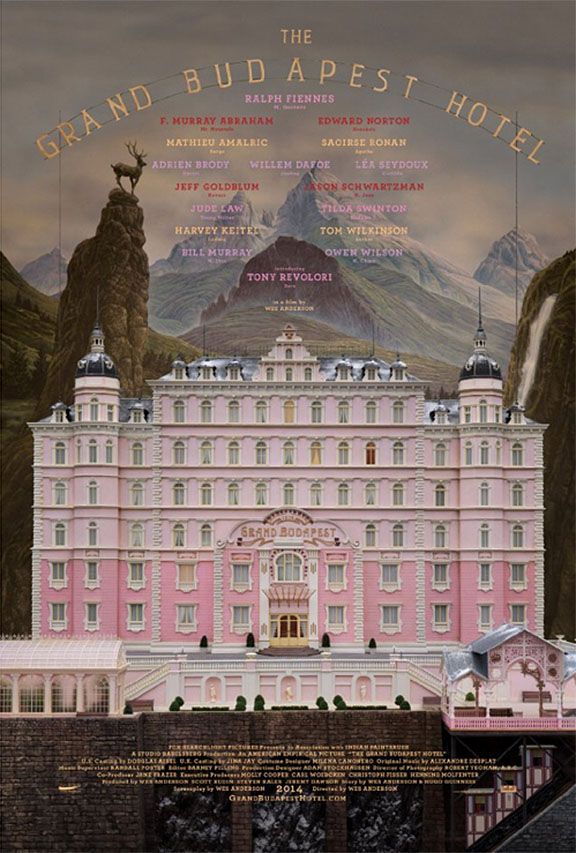