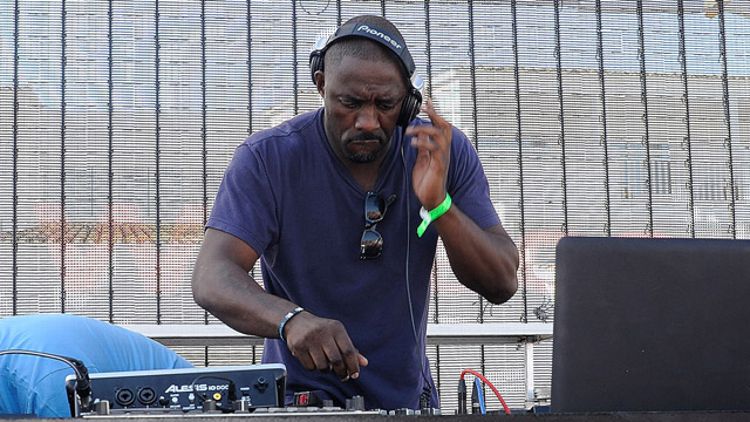 We’ve been down this road before. As recently as February, we were wringing our hands about Damon Albarn’s dangerous escalation in the oddball-musical-collaboration arms race. The occasion was the announcement of super-group Rocket Juice and the Moon, for which Albarn pulled in Flea and Tony Allen. Well, Dama Dam has just gone ahead and done it again. As The Guardian reports (ht/t to Pitchfork), Albarn’s in Bamako, the capital of Mali, recording an album with Nick Zinner from the Yeah Yeah Yeahs, Brian Eno, and goddamn Stringer Bell himself.

As we wrote the last time, “Albarn’s something of a connoisseur when it comes to this kind of gig. Post-Blur, he’s done Gorillaz with comic book artist Jamie Hewlett, plus occasionally The Clash’s Mick Jones and Paul Simonon. He’s also done The Good, the Bad, and the Queen, which had Simonon again, Allen again, and The Verve’s Simon Tong, and was produced by Danger Mouse.” We forgot to mention: that time he produced Bobby Womack’s excellent comeback album, The Bravest Man in the Universe; that Blur is an ongoing concern; the very real possibility that Albarn is, as we speak, dialing up, say, David Bowie and Mark Morrison to see if they want to pop by for a session.

Now, yes, Albarn’s done this thing before, and even done it in Mali. But this time’s a little bit different: While Albarn and the lads knock about the studio, the country is mired in dire sectarian warfare. As The Guardian explains, “Mali endured a wretched year in 2012, the northern half seized by a motley alliance of Islamists and Tuareg rebels, the president ousted in a coup and the country almost breaking in half before a French-backed government offensive turned the situation around. Northern Mali still dangles precariously between war and peace and Islamist rebels still make life uncomfortable for towns that until recently they occupied.”

Meanwhile, Albarn and the locals stay unflappable. Says the singer Kankou Konyate, “Since the war things have been difficult, and complicated. But this is very good. It has really touched me having the opportunity to do new things with foreign artists now.” Also, Konyate did not add, “I’m halfway through the third season of The Wire, and I feel that things can only end well for my new friend Idris Elba!”