The NFL Draft: Which Team Has It Best?

The Power of the ‘Pretty Good’ Guys 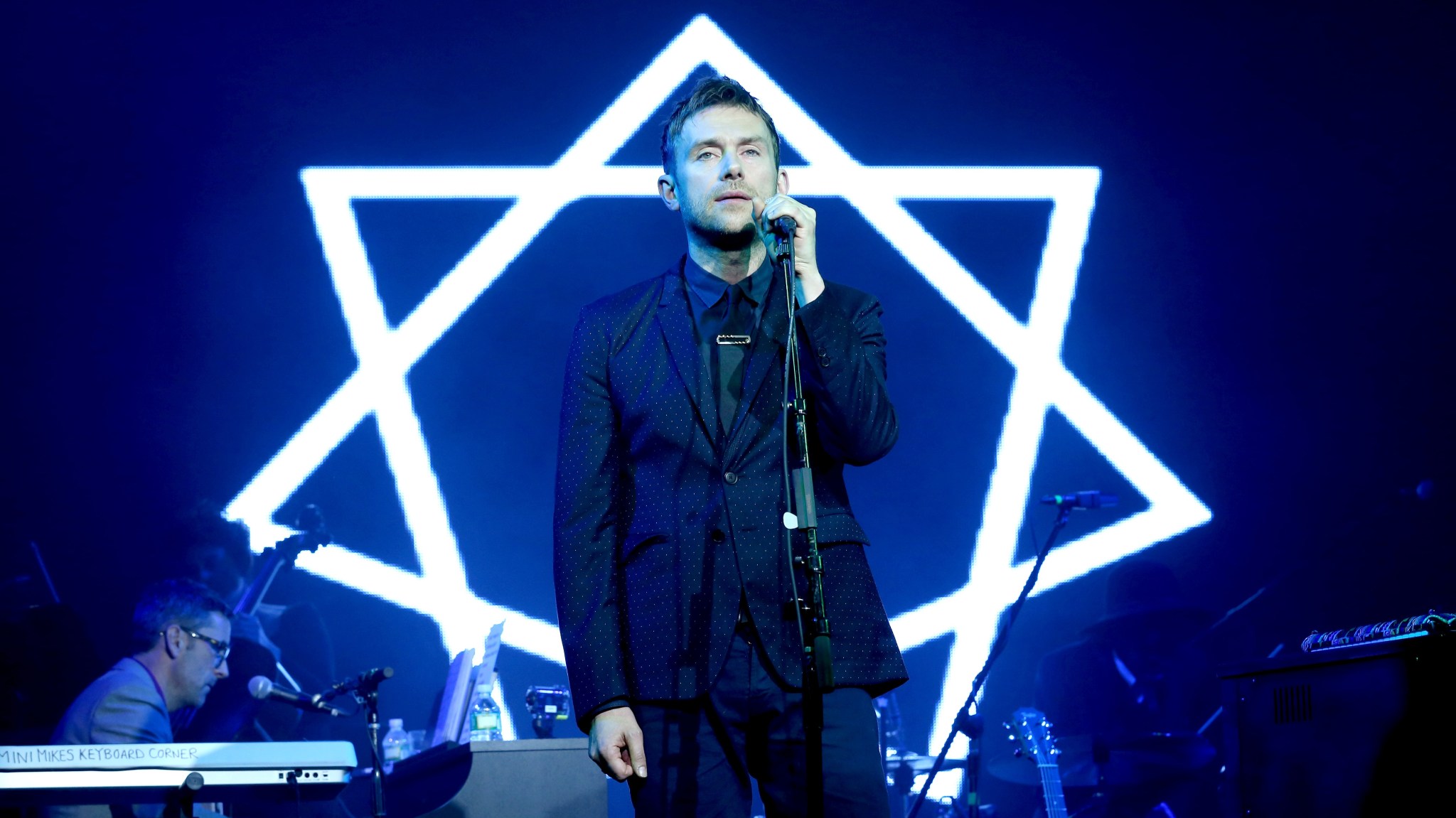 Last week I conducted a radical musical experiment: I listened to a Damon Albarn album from front to back.

I realize this won’t seem radical to most people. But trust me, in personal terms, this is nothing less than glasnost. For more than 20 years, I consciously avoided Blur. I also abstained from Gorillaz. I definitely did not give the Good, the Bad & the Queen the time of day, and I suspected that Albarn launched fucking Rocket Juice & the fucking Moon strictly to troll me.

In recent years, my resolve to block Damon Albarn out of my life weakened but never broke. When Albarn wrote the opera Dr Dee in 2011, or when he collaborated with Malian musicians in 2013 and released those sessions on the Maison Des Jeunes LP, I rushed to my computer to make sure I did not accidentally download any promo copies. But for Everyday Robots — Albarn’s first official solo album, out this week — I demanded change inside my own heart. I roared self-inflicted self-righteousness into the mirror. “Tear down this imaginary Albarn-deflecting wall!” I declared. Finally, I reluctantly capitulated to myself.1

Now, you’re probably wondering why I put so much effort into not listening to an artist most people would agree is (at best) one of the most accomplished rock musicians of his generation and (at worst) one half of one of the foxiest celebrity power couples of its era.2 My reasoning is entirely predictable and undeniably stupid: Oasis was my favorite band in high school. And at that time, hating Blur was a requirement for “true” Oasis fans. So, I’ve loathed Damon Albarn for all this time because I’ve stubbornly refused to relinquish an opinion I formed when I was 17.3

I’ve taken this stance to its logical extreme by not even listening to the music I’ve dedicated my life to despising, and paradoxically allowing this know-nothingness to form the basis of my opinion of that (unheard) music. When Blur’s catalogue was reissued in 2012, and music critics lined up to declare the greatness of records like The Great Escape and Parklife, I was intensely annoyed that albums I had never played in their entirety were being so grossly overrated. Not that I actually read those reviews, mind you, as this would have also violated my Draconian anti-Albarn ordinance. But I could only imagine what those writers were probably saying.

Those albums must be terrible, I thought. Because Definitely Maybe is on my personal “top five greatest albums of all time” list, and my love of that record requires also believing that anything related to Blur unequivocally sucks.

Let me state explicitly that I am not defending this position, but merely admitting that this is how my brain has operated with regard these matters for the past two decades. I’ll go even further and acknowledge my indefensible lunacy. Hence my experiment: If I’m not a strict constructionist when it comes to what our Founding Fathers wrote in the 1770s, why should I be so loyal to ill-considered musical declarations I made in the mid-1990s? Do I put more faith in my ancient rock-band opinions than in the Constitution? Has Britpop somehow been responsible for turning me into an American traitor? What in the hell is wrong with me?

Enough is enough, I decided. Even if after sampling Everyday Robots I found that Albarn wasn’t my thing, surely informed indifference is better than benign neglect. Right?

Of all the things social media has been accused of ruining in our culture — civility, worker productivity, Justine Sacco — pop-music rivalries are hardly ever discussed. But I’d argue that Twitter in particular has rendered them virtually obsolete, by turning conflict into an omnipresent (and therefore invisible) state of being among both celebrities and the people who obsess over them. It is way too easy to both start a Twitter fight and end a Twitter fight now — the downtime needed to truly marinate in mutual dislike is lost, along with the point of that hostility. (I call this “Lily Allen’s Law.”) Publicly shit-talking someone is a lot less incendiary now. The idea that you might crack the thick lacquer of fake niceness covering mass media by throwing a little shade is gone — the lacquer itself has almost completely dissolved.4

I don’t think it’s a coincidence that the last great era of pop-music rivalries — the ’90s — coincides with the dawn of the Internet. Back then, in addition to Oasis vs. Blur, you had Biggie vs. Tupac, probably the greatest pop rivalry ever (outside of Beatles vs. Stones) and certainly the most tragic. You also had titanic face-offs that seemed to exist primarily in the minds of fans, but nonetheless had real cultural currency, like Nirvana vs. Pearl Jam or U2 vs. R.E.M.

It truly was the golden age of beefs. There were short-term flare-ups that lingered for years, like Pavement vs. the Smashing Pumpkins. And there were fights that seemed like they were perpetually on the verge of getting physical but never did, like Dr. Dre vs. Eazy-E. You even had pop stars challenging each other to actual boxing matches, like Fred Durst vs. Scott Stapp. Basically, if you cared about pop music back then, you had to have a box of popcorn at the ready at all times.

What was interesting about Oasis vs. Blur (if you were an American rock fan) is that the rivalry absolutely did not translate in the States. The animus between the bands originally started in 1995 because Oasis released its latest single, “Roll With It,” the same week Blur released its latest single, “Country House.” As an American, deciding to care about this was akin to suddenly getting really worked up about the minutiae of local-government bureaucracy in Kingston upon Hull. Personal relevance had to be constructed. And, for me, Oasis vs. Blur was constructed into a vast mental cathedral of made-up meaning.

Loving Oasis and hating Blur was a way for me to work out my aesthetic preferences at a formative age. In my mind, Oasis was “rock,” “blue-collar,” “drunk,” “broad,” and “cool,” whereas Blur was “pop,” “academic,” “elitist,” “narrow,” and “clever.” Again, I’m not defending these reductive descriptions, but rather interrogating how musical biases become ingrained at any early age and over time become “truth.” What mattered is that I perceived these bands as having a binary relationship that had great symbolic meaning to me (and likely to other people who cared about this tête-à-tête).

Only two pop rivalries since the turn of the century have similar significance. The first is Toby Keith vs. the Dixie Chicks, essentially a microcosm of the political and social tensions that cracked the country in half in the wake of September 11, 2001. The other is Kanye West vs. Taylor Swift, a silly tabloid entrée into a heated discussion of racial and gender politics. What elevated these pairings beyond the typical banality of modern celebrity conflict was how they prompted spectators to instinctively pick sides, as opposed to looking on as dead-eyed rubberneckers. For a variety of reasons, these rivalries felt personal to millions of people.

To this day, whenever I hear a Blur fan talk about why Blur is great, I understand it only as a critique of Oasis and, by extension, a particular way of looking at the world. It’s like when a cat person tries to explain why cats are superior pets — in some way, it’s really about why dogs are inferior. And, sorry, but I can’t hear that, because dogs are and always will be better. Yes, Blur is cleaner and doesn’t drink out of the toilet. But I’ll always have a weakness for shaggy, sloppy, and lovably aggressive creatures who craft spectacular B sides.5 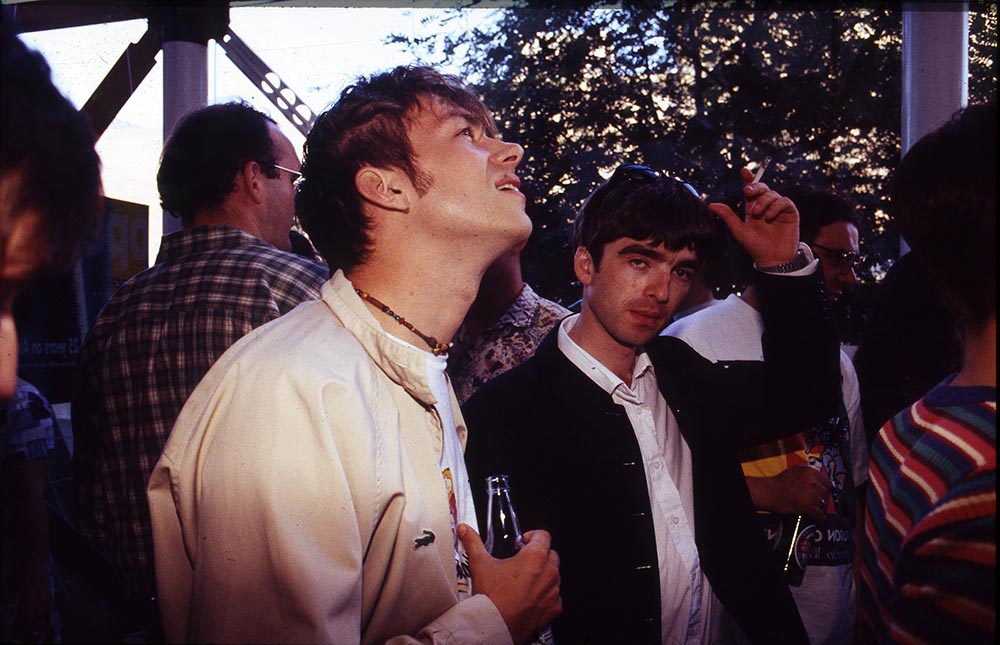 Of course, none of this remotely matters anymore, least of all to the principals. Albarn and Noel Gallagher have been friendly for a while now. They have played onstage together. They have been photographed together in public, looking like a couple of goddamned friendly bastards. During the promotion cycle for Everyday Robots, Albarn even teased a collaborative album with Gallagher as a “distinct possibility.” The war has long been over, and yet I have continued to wander the jungle alone, a man without a country.

Well, I surrendered. I listened to Everyday Robots. More than once, even. And I liked it. It’s like the latest Beck album (except smarter) or Thom Yorke’s The Eraser (except not as frigid). It reminds me of Bobby Womack’s fine 2012 comeback record, The Bravest Man in the Universe, which Albarn oversaw with Robots co-executive producer (and XL Recordings honcho) Richard Russell.6 All the songs on Robots are similarly constructed, with spare piano chords or delicate guitar-picking set against an austere tapestry of synths, samples, and contemplative, purposeful beats. It is casually cosmopolitan music. At this point, Albarn can apply African and Caribbean accents to his own distinctively British sensibility without a trace of strain. He makes highly conceptual records that feel natural, always an impressive maneuver.

While occasionally playful (see, for example, “Mr. Tembo,” which is supposedly about a baby elephant, because that’s what you write about if you survive your “writing songs about heroin” period), Everyday Robots is mostly a “mortality” record. This is the only kind of record an aging but still engaged artist like Albarn is seemingly allowed to make anymore, and Albarn works hard to make the most of it. It’s often hard to tell exactly what the songs are about, given the vagueness of the lyrics. (In spite of his reputation for social commentary, Albarn appears to be no more of a wordsmith than Gallagher — but again, my experience is limited.) When he softly coos, “Some days I look at the morning, trying to work out how I got here” on “You and Me,” it’s not immediately apparent what specifically he’s working out.7 But it’s pretty obvious what Albarn’s vocals and the restrained, tastefully assembled, endlessly downbeat music are communicating.

Everyday Robots is inherently nostalgic, yet it seems forward-thinking. This is a clear victory for Albarn, who gets called a “sonic explorer” by the New York Times while making a relatively safe record that will alienate exactly no one. It’s twice as credible as Noel Gallagher’s High Flying Birds, if only half as enjoyable. (Consider the source on that one, though.) I guess it’s a victory for me, too. I’m done depriving myself of Albarn’s intelligent and engaging musical and cultural synthesis, and this is good if also slightly hollow. His music is more amenable and less important to me now. My hate has been replaced by dutiful dispassion. I’ve traded made-up meaning for true apathy.