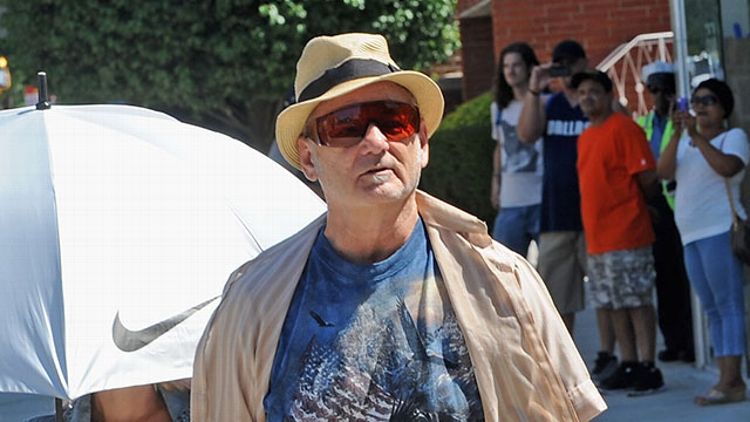 Until now, Cameron Crowe’s next film has been whispered about only as “more Jerry Maguire/Almost Famous, less We Bought a Zoo,” which seemed like a good thing. Another good thing, though, is Bill Murray, who’s looking to join Emma Stone, Bradley Cooper, Rachel McAdams, Danny McBride, Jay Baruchel, and Alec Baldwin in Crowe’s latest. The Wrap’s report has some early details on the rom-com’s plot, saying it’ll feature Cooper “as a defense contractor who’s assigned to oversee the launch of a weapons satellite from Hawaii, where he falls for an Air Force pilot (Stone). With the help of mystical island forces, they team up to scuttle the launch.” The role that’s been earmarked for Murray is under wraps — here’s hoping for Bill’s first IMDb credit as “Mystical Island Force.”

The project is a reworked version of Deep Tiki, a script Crowe once eyed for Ben Stiller and Reese Witherspoon; in 2008, a report about the film said it would contain volcanic sacrifices and a Beatles bootleg on the soundtrack. This would be Murray’s first time working with Crowe, although Scott Rudin — producer of Murray-indebted Wes Andersonia like The Royal Tenenbaums and The Life Aquatic With Steve Zissou — is in the mix. You’d think, having just turned 63, Murray might like a break. He had three movies out in 2012 and has three more (The Monuments Men, St. Vincent De Van Nuys, The Grand Budapest Hotel) on the way. But this one’s also filming in Hawaii, and what’s a break if not a chance to do some acting in the very paradise where Forgetting Sarah Marshall was created?