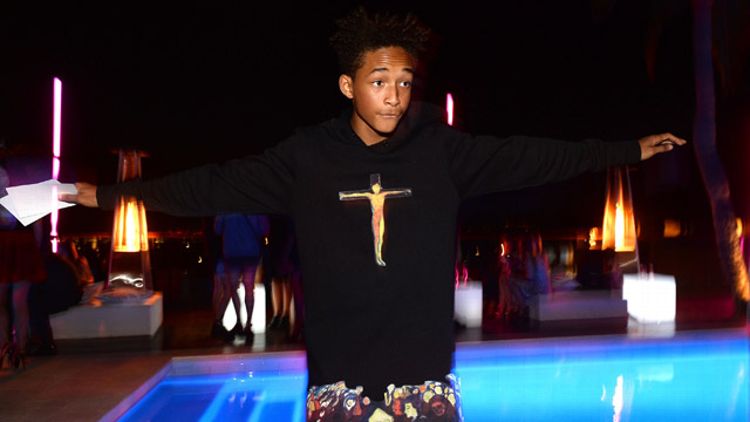 I’m not a parent. I don’t have any pets. This past week, I house-sat a friend’s place with no other responsibility but watering the plants, and I actually considered outsourcing the task to a botanist. That’s where I am in my life.

School Is The Tool To Brainwash The Youth.

This is from the scripture of Jaden, son of Will and Jada Pinkett-Smith. He is 15 years old, has been in successful films, and has made millions of dollars in the process.

We Need To Stop Teaching The Youth About The Past And Encourage Them To Change The Future.

His Tiny Holiness Jaden Smith wasn’t always like this. There were times when he would say things that a teenage boy would say and it would make you smile.

Most Trees Are Blue

Being 14 and spitting game at the popular girl who just turned 15 and whose parents won’t let her go out that much? YES, JADEN. I’VE BEEN THERE.

If A Book Store Never Runs Out Of A Certain Book, Dose That Mean That Nobody Reads It, Or Everybody Reads It

Trying to make a deep point beyond your years but misspelling a word, reminding the world you’re a precious little child who knows nothing about anything yet. SOME WOULD ARGUE I’M STILL THERE, JADEN. IT’S HARD OUT THERE FOR A JADEN.

But then something happened. Maybe it was the major milestone of turning 15 in July. Who knows? But suddenly, the silly, endearing Jaden we once knew was no more.

I Should Just Stop Tweeting, The Human Consciousness Must Raise Before I Speak My Juvenile Philosophy. Shouts Out To @TIME

Now we’re stuck with Jaden 2.0, an insufferable Internet user. The reason for pointing this out, however, isn’t to bash Jaden. This isn’t entirely his fault. He’s 15. He’s supposed to be the worst. But someone is to blame for the birth of 2.0 and, most importantly, the continued existence of this social media monster. But who?

Obviously, the first person to blame is Lupe Fiasco. This is all his fault. That’s without question. No one’s debating this.

I Encourage You All To Unfollow Me So I Can Be Left With The People Who Actually Appreciate Philosophy And Poetry. #CoolTapeVol2

Ten bucks that tweet is actually the name of the next Lupe album.

Other culprits? Anyone with whom Jaden is friends and isn’t constantly making fun of him.

A friend and I often talk about how the idea of “shame” is lost among the young and rich and famous, because they lack the essential people in their circle who were put on this earth to clown your every mockable move. These are your friends. But they’re also quietly hoping you trip over your warm-up pants in the layup line before a basketball game so they can tell everyone. And while their mockery hurts, it also teaches you a very important life lesson. And next time you have a basketball game, you make sure your pants are buttoned in such a way that will not trip you up.

That’s called friendship: clowning you now so you don’t make these mistakes later on.

Jaden doesn’t have those friends. No 15-year-old should have yes men. If I tweeted this when I was 15 …

When I Die. Then You Will Realize

… within five minutes, there would be someone — a loved one — with this response:

And then there’s Will and Jada. I began this by saying “I’m not a parent” to stress the fact that I’m in no position to tell people how to raise their children. But if my son actually believes this …

If Everybody In The World Dropped Out Of School We Would Have A Much More Intelligent Society.

… I berate myself for failing as a parent and then walk into his room while throwing textbooks at him until he deletes the tweet and sends out a series of apology tweets saying he was kidding and/or “my account got hacked, jk I love school and all the people who risked their lives so I could get an equal education.”

Will and Jada have raised two rich and powerful teenagers, so who am I to tell them anything, but something tells me the artists formerly known as the guy born and raised in West Philadelphia and Stoney from Set It Off wouldn’t tolerate their child embarrassing the great Smith and Pinkett family lines with such nonsense.

And then, finally, there’s Jaden. I don’t like the idea of bashing a teenage boy, because he deserves years to make his mistakes, in private or public, but with every misguided tweet I’m reminded of a statement from a very wise man, Dave Chappelle.

“America needs to decide once and for all … How old is 15, really?”

In this segment, often inappropriately and uncomfortably, he chronicles how different 15-year-olds are perceived in popular culture. As usual, nested within all the comedy is a gigantic face-smack of cultural commentary from Dave.

So what of Jaden? I don’t know. I’m torn. Basically, I just want Will and Jada to take his phone, delete his Lupe Fiasco TED talks, and let him be a normal kid. And while it’s highly unlikely any of this will happen, perhaps yesterday was a positive sign.

Jonah Hill Is A Genius

This is the Jaden I want. The Jaden who thinks Jonah Hill is a genius. That’s the Jaden we need to get back. Hopefully, Jaden 2.0 was simply a phase. Probably not, but fingers crossed.