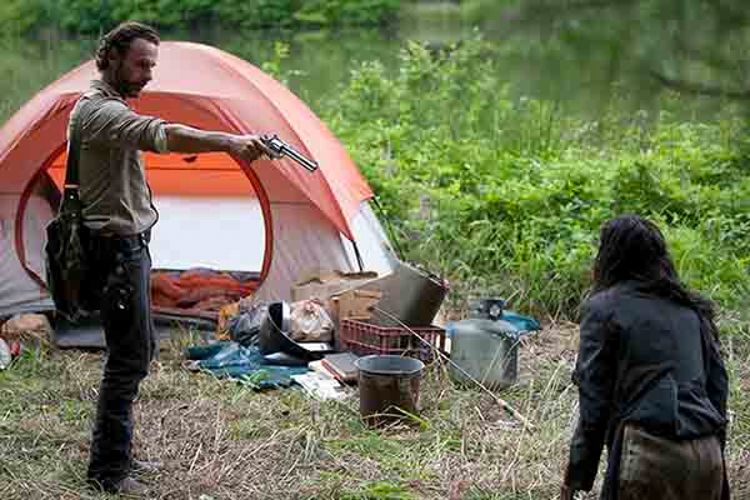 AMC’s Mad Men and Breaking Bad will always be remembered as cornerstones of Television’s Great New Age Characterized by the Shiny Mineral of Your Choice, but The Walking Dead, like it or not, is going to be remembered as the cable series that delivered the hardest punch to network TV. The Hollywood Reporter writes that 16.1 million viewers tuned in for Sunday night’s Season 4 premiere on AMC, setting a new record and earning an 8.3 rating in the 18-49 demographic, “making it bigger than any broadcast series this fall and even stronger than last night’s competition from Sunday Night Football.” These zombies have been TV’s top scripted draw for a full year now, with TWD’s Season 3 premiere pulling 12.4 million viewers. It’s a merry time to be AMC, with BrBa’s finale setting a series record just a couple weeks ago.