Out With the Sweet, in With the Tweet: The New ‘Sugar’ Shane Mosley 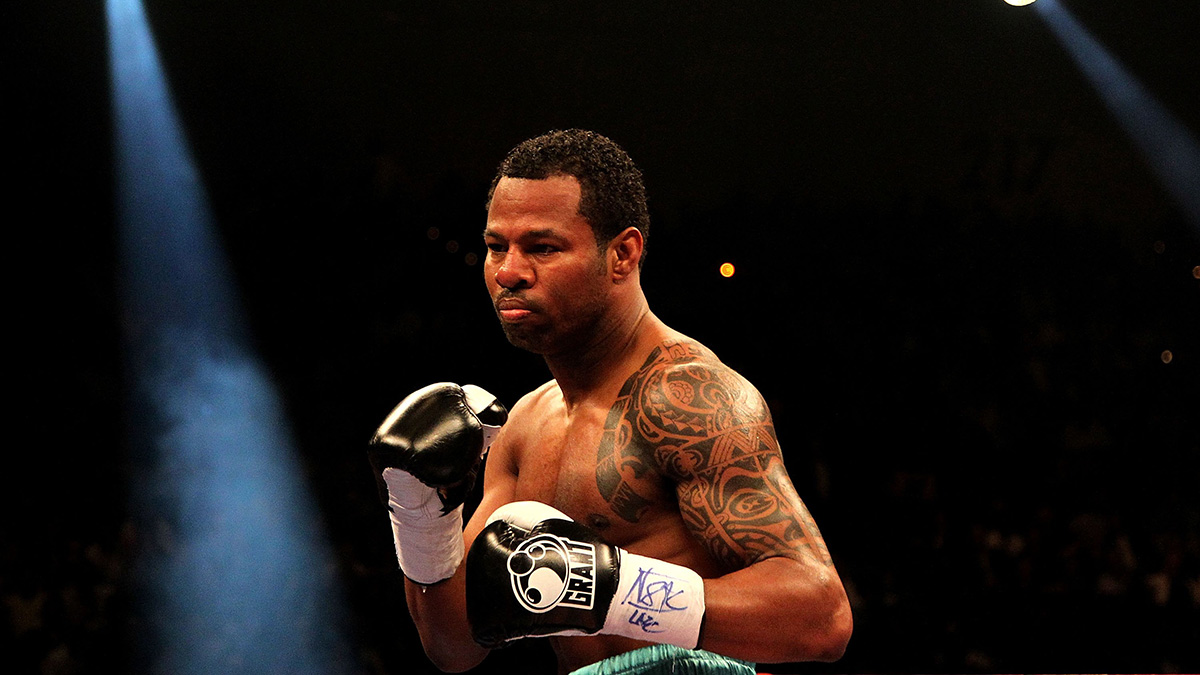 Take a ride back to the late ’90s. The dawn of WWE’s Attitude Era. The peak of MLB’s steroid era. The last hurrah of boxing’s Tyson era. It was a damned good time to be damned bad. HBO’s new Sunday night stars knew that. But its Saturday night stars weren’t as sure.

The heirs apparent to boxing’s pound-for-pound and pay-per-view thrones were emerging, and both Floyd Mayweather Jr. and Shane Mosley were being asked to follow the blueprint laid out by Sugar Ray Leonard and Oscar De La Hoya: Smile, look pretty, and when you speak, be careful not to let anything of substance come out. Mayweather rejected the offer. Either he knew the time for squeaky-clean good guys had passed, it was too big of a stretch for him to pretend not to be a dick, or both. Mosley, on the other hand, played along. He showed those pearly whites as often as possible, was perpetually peppy, and spoke not as a symbol of the Attitude Era but rather as the face of the Platitude Era.

It may well be that Mayweather always had more pugilistic skill and was destined to win more belts and earn many more millions than Mosley, regardless of their public images. Circa 1999, that’s precisely what most boxing experts were predicting anyway. But in terms of marketing, few would have guessed at the time that Mayweather had chosen the prudent path. “Money Mayweather” went on to become one of the defining sports personalities of his time, like it or not. “Sugar Shane” never caught on in the same way.

Maybe that was because the persona wasn’t edgy enough. Or maybe it was because, as we’re learning now, it was a put-on. It wasn’t the real Shane Mosley.

In 2015, the real Shane Mosley is done being sweet and is ready to give himself a new nickname.

Even if Andre Berto knocks out Mayweather in a couple of months, that won’t be boxing’s upset of the year. That honor will go to the way Mosley has become one of the sport’s most buzzworthy follows on Twitter. Ask the 43-year-old future Hall of Famer what he does all day, and you’ll get a very different answer than you would have gotten in the past, one decorated with four-letter words. He calls members of the boxing media thirsty, he brags about the sex he’s about to have, and he even drops in the occasional violence-tinged “Yo mama” joke.

Mosley’s off-color Twitter rampage got so bad that the site’s administrators assumed his was a fake account and unverified him, prompting him to post this video that got him reverified a few days later:

So what the hell happened to Shane Mosley?

In the fall of 2003, shortly after Mosley’s controversial rematch win over De La Hoya, I spent a day with him in New York, shadowing him for The Ring magazine. After about 10 hours together, the best I could come up with for a lede was Mosley falling asleep in the backseat of a car. It’s not that the day was boring; it’s just that extracting inflammatory or thought-provoking quotes from him required the Jaws of Life. For proof, consider that this response to a question about Mosley’s goody-two-shoes image made the article: “The way I am is the way I am. That’s my personality. And I wouldn’t want to be any other type of person. When you act like a person that you’re not, then you’re not really being true. Whatever I feel is what I give to the people. I’m giving the people a part of me.”

Turns out the way he was wasn’t the way he was, and he did want to be any other type of person. Mosley’s Twitter transformation grabbed the boxing public’s attention this May, although the seeds were planted in 2011 when he went through a nasty divorce that saw his ex-wife, Jin, somehow end up with three of his championship belts. Subsequent too-long-for-Twitter social media rants in response to rumors that he was broke spelled out how Mosley felt about his ex. Later in 2011, we got a not-so-subtle sign that Mosley’s lifestyle had changed: He began parading around with a diaper-clad pet monkey, Tito.

The winners: All of us, as Tito would become a key figure in one of the greatest family photos ever shared on Instagram.

It took a few years, and seemingly the end of his boxing career (Mosley lost three of four fights between 2011 and 2013 and announced his retirement), before Mosley fully stopped worrying about saying the safe thing and embraced the more quotable side of his personality. Fans and friends asked why he’d adjusted his attitude. His answer was straightforward: “I don’t know. I guess I got tired of being quiet and taking shit from everyone.” Then he responded to the suspicion, held by many boxing observers, that his public personality change was a sign he’d lost his mind or taken too many punches:

#EveryoneThinksImWeirdBecause I start tweeting my true feelings…Whats up with that? Can't a brother Live pic.twitter.com/qDDD00w2FJ

“I’m older now, I can say whatever I want to say, I can do whatever I want to do,” Mosley told me recently about his social media evolution. “I think it’s that when I was younger I would talk in the ring — my fists would do all the talking. Punching, knocking people out, I didn’t really have to say too much. I was so nice outside the ring, but when I got in the ring, I’d kill you. I meant business. Now I’m a little older, I just have fun. I’m having fun with my life, doing what I want to do. It’s fun to say what you want to say and crack some jokes here and there, and if someone cracks back, you crack back at them … I don’t have the pressures of being that guy that has to be the all-American kid or whatever. I can just be myself.”

It doesn’t seem Mosley is likely to revert to his politically correct former self anytime soon, even though he’s about to let his fists attempt to start talking for him again. Mosley announced earlier this month that he’s going to face 41-year-old fellow former champ Ricardo Mayorga on August 29 in a rematch to a fight Mosley won by last-second (literally) KO in 2008. Writer Alex McClintock called it a battle for the Weird Boxing Twitter Championship of the World.

The trash talk has been a delight. A couple of weeks before his enjoyable little flame war with welterweight veteran and on-air commentator Paulie Malignaggi, Mosley started firing away at the Nicaraguan Mayorga with offensive remarks about the language barrier. Later, Mosley, as 2015 Mosley is apparently wont to do, dragged wives and sex into it. So Mayorga took the logical next step, claiming he would enlist Mosley’s ex-wife and his ex-girlfriend to accompany him to the ring.

It’s the strangest thing. Two boxers in their forties whose primes both ended more than a decade ago have signed to fight each other, and the notoriously cynical world of boxing Twitter is mostly into it, proudly declaring it our version of Kimbo Slice vs. Ken Shamrock. Chances are it wouldn’t be embraced this way if Mayorga were taking on the boring, programmed, milquetoast iteration of Sugar Shane Mosley. But there’s something fan-service-y about this particular sideshow. Even if fans suspect one or both guys are shot, as long as they’re going to continue fighting, they may as well be fighting each other rather than helping to pad the records of prospects half their age. And when Mosley explains why he’s returning to the ring, it doesn’t leave you depressed like it usually does when older boxers attempt a comeback.

“I wanted to retire and train my son and do other things, but I still have the itch to get in there,” he said. “I get in there and work with different world champions, and I’m like, I’m still good. I’m still really good. And I love to fight. So I might as well go ahead and get it all out of my system.

“Boxing was my first love. I love to excite the fans. I love to be in the ring. It’s a rush that you can’t get anywhere else.”

Eric Raskin is the editor-in-chief of All In and is a former managing editor of The Ring. He cohosts the HBO Boxing Podcast and the subscription-based podcast Ring Theory. He is the author of the 2014 oral history The Moneymaker Effect: The Inside Story of the Tournament That Forever Changed Poker.