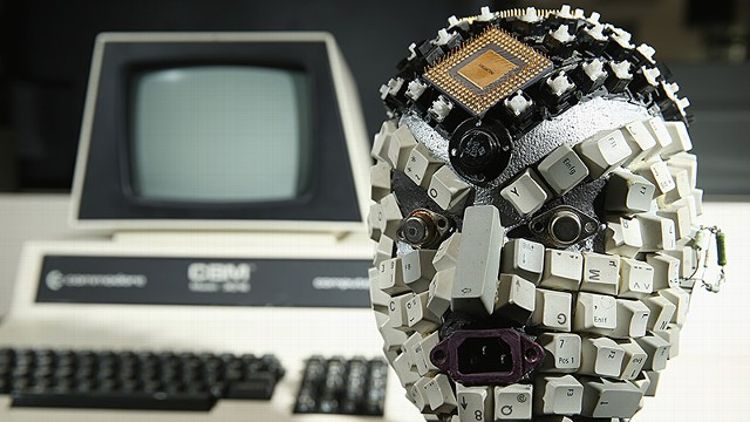 What are you supposed to be doing right now, and why aren’t you doing it? Is this tab sandwiched between Facebook and Twitter, with Gmail all the way over to the left, and is there another window hidden behind this one, growing staler by the minute, that contains all the things you’re really supposed to be reading? For work, say, or even more trivial necessities like finding out why your cat is licking the floor, or to leave a Yelp review for the mechanic who fixed your car last week because you promised you would, or to browse a takeout menu? And behind that window, way back in the dark closet of your computer, where it’s dim and the moths and bats are circling, is there a blinking cursor on a Word document? Is the Word document empty? Did you think it wouldn’t be, by this hour? Did you assume that you’d be on Page 4 or 5, feeling accomplished, clicking save and running off to reward yourself with a lunch beer? What happened there, bozo, and why does it keep happening to all of us, every day? Why can’t we stop?

I’m stressing you out. I can tell. You’re going to start work in a second, you just have to see if it’s your move in Words With Friends, the poor man’s Scrabble. And there’s the odd chance that your inspiration would really get jump-started by a little think-‘n’-tweet, just to get your mind ripe. We are addicted to Facebook, more so than we are addicted to the promise of lunch beers or packs of gross Parliament Lights. We sense that it’s harmful in excess, but for most of us it’s so entangled with our professional and social lives that it’s necessary in small amounts, or at least abstractly beneficial. If only we could figure out a way to limit our use, we’d be gold: The Platonic ideal is to have social media as an afterthought, to jump into bed with it for a quick romp and then head out the door to go back to our lives. We want to be the Don Draper to our social media mistresses: We may show up to work late and bed-headed, but we show up and we dazzle, more informed and refreshed.

Our time spent on Facebook and Twitter is meant to be recuperative, and now there’s a handy gadget called the Pavlov Poke to shove you out the door with an electric shock administered through your keypad when you’ve lingered too long. The Pavlov Poke was developed by MIT PhD candidates Robert R. Morris and Daniel McDuff as a kidding-not-kidding remedy for regulating our online habits; McDuff and Morris predict that the evolution of technology is designed to make it more addictive, imagining a dystopian future in which we don’t ever want to remove our Google Glass. (One of the innovators remarks on the Pavlov Poke site, “The last thing I want is to have to build a shock device that’s hooked up around my eyeballs. Eek!”) It’s not the only self-control device dreamed up this year. There’s the Zip It tablecloth, which hides diner’s phones safely within reach but out of sight, to better “celebrate the joy of eating and dining.” I suppose this is intended to make reaching for your phone more of a conscious decision than a reflex, one extra step that reminds you that you’re being a jerk.

Self-control-enforcing apps have been around for a few years, but there’s good reason to think that we’ll need them even more in the future. Our brain maps are being altered by our Internet usage, and the more sophisticated and user-friendly the technology, the harder it may be to pull ourselves away from it.

Self-control is a concept that is as difficult to exercise as it is to understand. It’s either like a muscle that can be strengthened or a pool that can be drained. Facebook screws with our impulse-regulating mechanisms in ways that extend beyond the site itself, so getting an electric shock after 15 minutes of browsing friends’ walls could have implications beyond breaking your swirly-eyed gaze on your buddy’s trip to Burning Man. If our egos are getting so depleted that we’re less likely to quit procrastinating on the Internet than a drunk is to hand over his handle of Popov, and if the future’s only plotting to offer us better and slicker-looking ways to intrigue us for hours, what kinds of punishing devices will we have to think of to smack us hard across the face so we put down the glowing box, or at least click back to what we know we’re supposed to be doing in the first place? Can a MacBook zap you without voiding its warranty and accidentally shooting you with battery juice? The heart may want what it wants, but the brain is the decider. The brain is erecting mini-malls around your profile pages, its neurons lighting up like little neon arrows pointing to its favorite toy. Maybe resistance is futile, but our desire to close the tabs that plague us still exists in our ancient (pre-’90s) reptile minds.

It’s one of the major themes of modern life, though we’re still navigating how to stick it into our movies and shows without it looking dinky, already dated between filming and release dates. The virtual-social world is ubiquitous, free, and it won’t kill you — unless, of course, we come to the point where we need to be threatened with death in order to take off our full-body Google wing suit, with a handy social feed so you can fly to meet your friends for pizza above a radio tower. That’s cinematic, but certainly not worth dying for. But a few Pavlov zaps to remind you that you’re under deadline and you can’t stay for an extra slice? Maybe I could go for that.