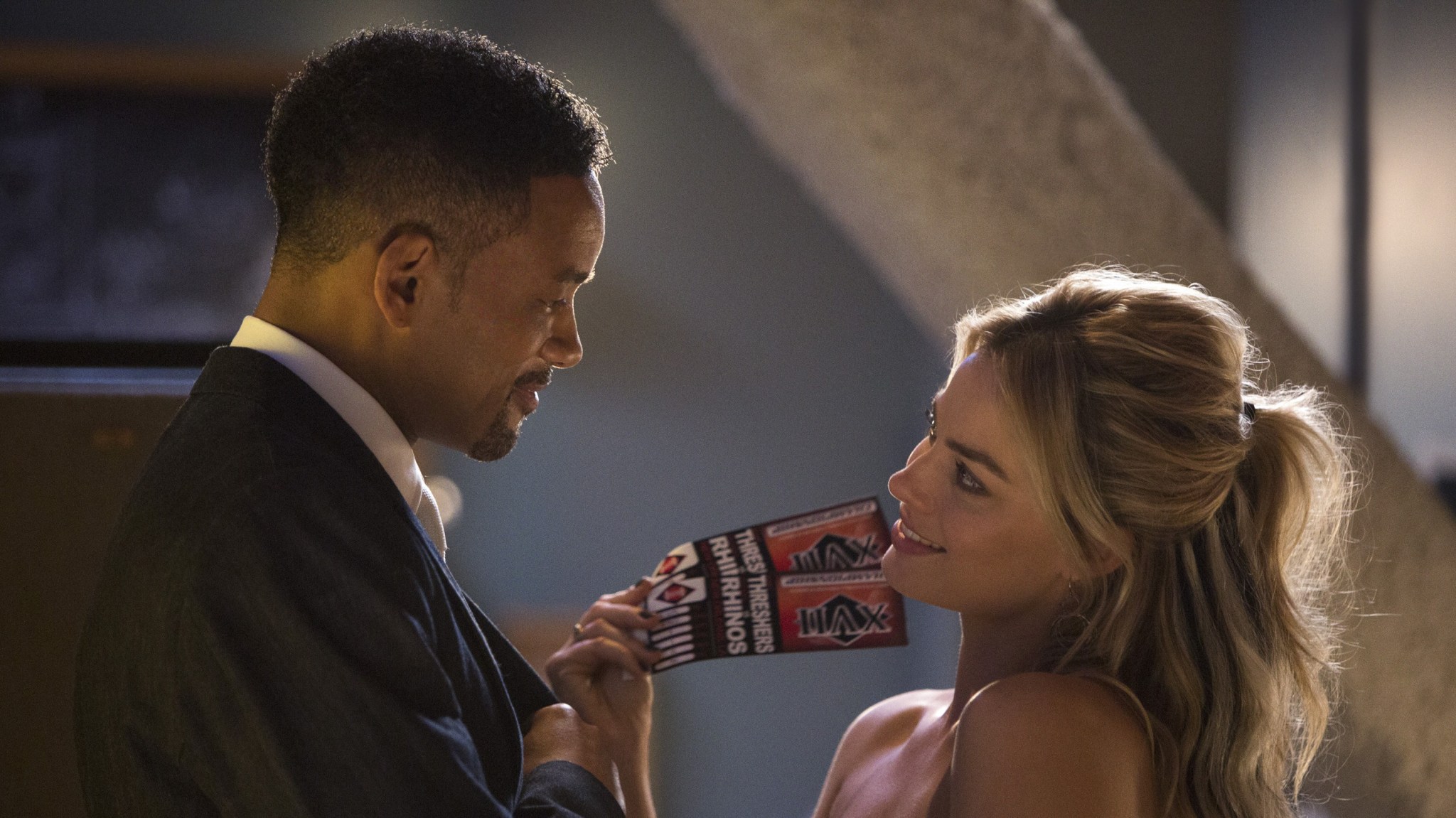 But analysts everywhere generally shrugged it off: Everybody has a bad weekend, and, to be fair, the same weekend last year featured the holy trinity of moviegoing: Jesus (Son of God), Legos (The Lego Movie), and Liam Neeson (Non-Stop). Maybe we’re all just collectively movied out after that roller-coaster Oscar season. Besides, the weather sucked pretty much everywhere but the Left Coast, so what can you do? Still, the Darwinian struggle for box office dominance never ends, and we must do our solemn duty to separate the celluloid wheat from the VOD chaff.

So, is Will Smith still one of the world’s biggest movie stars? The answer: a resounding “maybe?” Hollywood has waited so long for its erstwhile box office superhero to return that the days when Smith bestrode the multiplex as a cocky colossus feel like a lost Golden Age by now. He had an epic ride to the top, but pundits couldn’t help wondering if After Earth’s supernova flameout, all of those Scientology rumors, and Willow and Jaden’s thoughts on quantum physics had taken a permanent toll. (Sony’s new studio chief definitely had second thoughts.)

On the one hand, Will Smith yet again conquered the box office, with his romantic caper heist Focus taking no. 1 on a $19.1 million opening this weekend. Considering that Focus isn’t based on a Marvel comic, adapted from a best-selling YA novel, and was never a board game, that’s pretty damn good. Willie gets single-handed credit for that nearly $20 million opening. And on a modest $50 million budget, Warner Bros. might make some spare change in the long run, especially when international numbers start coming in. Also, it’s been a brutal world out there for Megastar Leading Men of late, especially after Johnny Depp self-immolated with Mortdecai. Seriously, Smith could have done a lot worse. Like, Jupiter Ascending worse.

That said, “nearly” is the operative word in “nearly $20 million opening.” Focus didn’t quite hit its mark, with analysts initially looking for $21 million to $23 million. Even After Earth opened to $27.5 million. While $19.1 million technically gets its nose just above Smith’s other low-end openings (Seven Pounds, $14.9 million, and Ali, $14.7 million), that advantage disappears if you account for inflation. That leaves Focus doing just a little better than The Legend of Bagger Vance. As Scott Mendelson at Forbes points out, it’s a little disconcerting that Smith wasn’t able to open a commercial caper comedy much better than a suicide drama.

But who else can we crown as the box office king? Besides, Will Smith doesn’t care about big openings anymore. He’s too busy being a “river to his people.” And the thing about rivers: They just keep flowing.

Then again, Colin Firth is proving himself as the man who could be king. While we were all giggling like schoolgirls about Dakota Johnson’s Intro to Bondage Toys 101, Firth’s been hard at work, quietly raking in the gold by thrashing fundamentalists to “Free Bird.” See, Fifty Shades sank to fourth at the box office with $10.9 million — another 50-plus-percent drop — but Kingsman held on to second place for a third weekend in a row with $11.75 million. (That said, at $486 million worldwide, drops in North America are the last thing on the Fifty Shades team’s mind.) That puts the Matthew Vaughn film at a very respectable $85.7 million domestic and $209 million worldwide. It is truly a brave new world when Colin Firth remixed to Lynyrd Skynyrd outperforms Will Smith running cons at the Super Bowl. If there are indeed two kinds of people in this world — hammers and nails — right now Colin Firth is the hammer.

To give you an idea of how off a weekend it was, even low-budget horror-meister Jason Blum had a bad day. The latest entry from his now Oscar-winning1 profit factory Blumhouse, The Lazarus Effect, came in fifth with a $10.6 million opening, just below the $12 million to $14 million everyone was expecting. Then again, the film only cost $3.3 million to begin with, so even after marketing expenses, Relativity Media isn’t exactly going to lose its shirt. But seriously, America, do we want to live in a world where Olivia Wilde crushing Childish Gambino in a metal locker with her mind isn’t worth at least $15 million? I, for one, don’t.

So is the post-Oscars box office bump really a thing, or is it just how Hollywood rationalizes its ultimate expression of self-love every year? When the nominees aren’t exactly box office heavyweights, the Oscars can only help. Birdman’s already on VOD, and it managed to add almost another $2 million in theaters this weekend. Fellow Best Picture nominee The Imitation Game collected $1.9 million, but the big winner is Still Alice, which won Julianne Moore her long overdue Best Actress Oscar: Not yet out on VOD or Blu-ray, Still Alice grossed $2.7 million for ninth place, bumping it to a nearly $12 million gross on a $5 million budget. And, of course, American Sniper earned $7.7 million more, boosting its domestic total to $331 million. Fun-fact time: Since Sniper technically opened last Christmas, sometime next week it will bypass Guardians of the Galaxy and The Hunger Games as 2014’s top-grossing film at the American box office.

Speaking of heirs to the box office crown: Bradley Cooper, anyone?