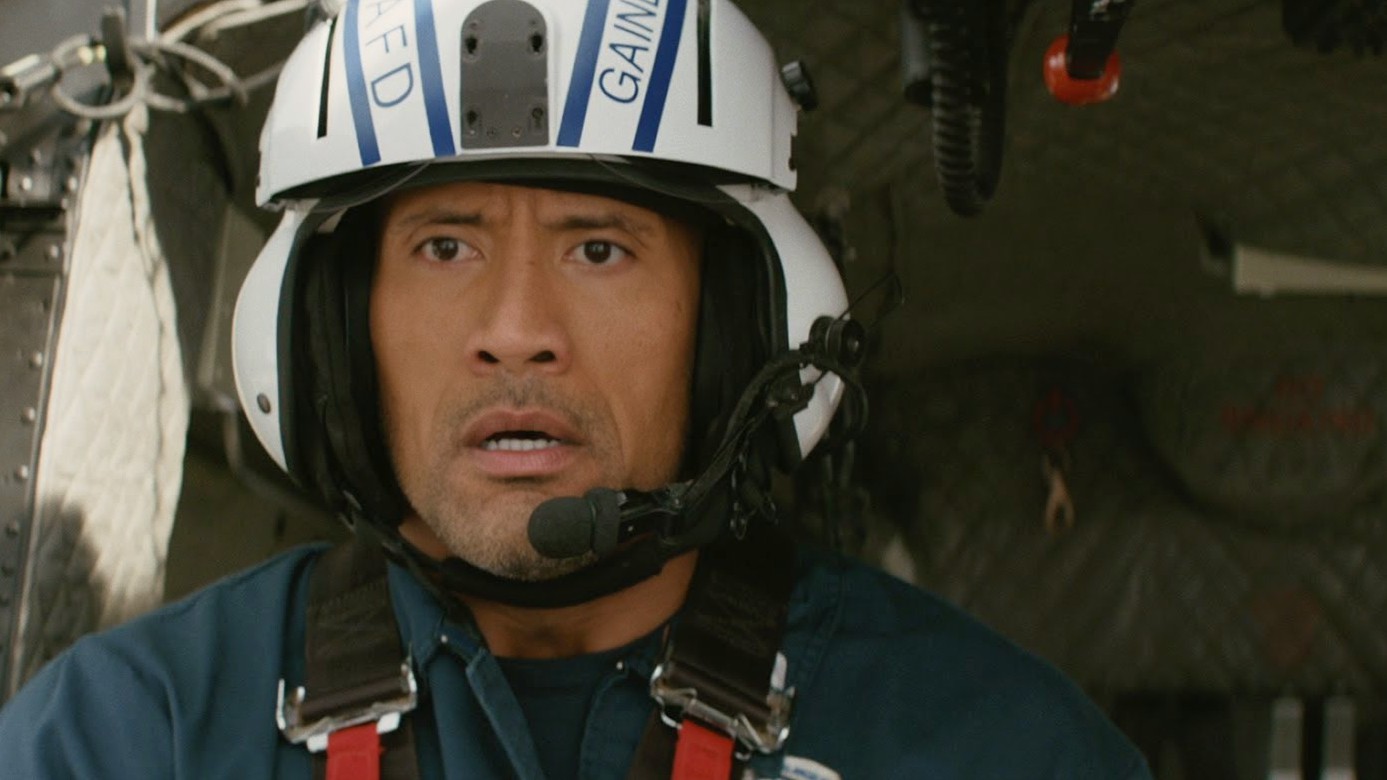 As I stare lazily out my apartment window at downtown L.A.’s quickly gentrifying towers, I can’t help but wonder how they’d look jumbled together like the forsaken Legos of a soulless blockbuster toddler-god who treats them and the people inside as playthings for his amoral pleasure. Fortunately, Hollywood was happy to oblige. Nothing says summer like digitally twisted rebar flung at us in a thousand physics-defying ways. And no matter how terrifying the real-life headlines have been of late, this weekend proves yet again that we’ll always show up to watch L.A. get wiped off the map.

But despite San Andreas’s best efforts to dump the collective technovegan hellscape that is California into the Pacific, the domestic box office took another dive this weekend. This weekend’s total was actually down a hefty 18 percent over the same weekend last year, when Angelina Jolie’s Maleficent gave a major boost to box office returns. Some even wonder if this summer will disappoint after a stellar spring. But put that jabroni-ass hand-wringing aside, because the important thing is that a new global megastar was crowned. Yes, the undisputed champion this weekend is …

Legally, morally, as a man who watched more WWE Raw in college than he’d ever dare admit to his girlfriend, I have to say it: Do you smell what the Rock is cooking?

It’s money. Yes, Dwayne “The Rock” Johnson toppled even the pundits’ $40 million projections with a truly heroic $53.2 million no. 1 opening weekend for San Andreas. (Add in $60 million in half the usual overseas markets and you get a nifty $113 million total take on a $110 million budget. In other words: cha-ching!) On top of that, Furious 7 has blown past $1.5 billion in global box office, in no small part due to Johnson’s cast-busting prowess, and it will now certainly overtake The Avengers as the third-highest-grossing film — of all time. And the cherry on top: Johnson has a new HBO series ready to premiere later in June.

In short, it’s good to be the Rock. San Andreas marks the best opening for a film he’s headlined, catapulting Johnson into global megastar status — especially if San Andreas legs it out to $500 million or more worldwide. Obviously, as the standard-def footage in the WWE clip attests, Johnson’s been around a while — his next-biggest solo opening ($36 million) was 2002’s The Scorpion King. But when you can open a non-franchise film, beat back crappy reviews, and revive a moribund genre that has “been there, done that” grafittied all over it, you’ve earned your A-lister wings. After the travails of Tom Cruise, Johnny Depp, and the like, we thought the male megastar was pretty much extinct, but the Rock’s arrival on a fire truck full of cash has Hollywood ready to believe in movie stars once again. Quoth Warner Bros.’s Dan Fellman: “He’s the man.”

Sometimes you can see an accident coming down the road in slow motion and still wince when it actually happens. Cameron Crowe’s latest feel-good postcard Aloha failed in pretty much every way this weekend — critically, commercially, politically — despite boasting a deep bench of high-gloss A-list talent. Not even the triple combo of Bradley Cooper, Emma Stone, and Bill Murray could save this one: Aloha failed to break the top five and opened to $10 million domestic, the lowest summer opening so far for a big-timey studio release. It probably didn’t help that ex-studio chief Amy Pascal notoriously ripped it in those leaked emails, and even the few positive reviews read like mercy killings.

A little perspective: Crowe doesn’t exactly have the Midas touch at the box office. We Bought a Zoo couldn’t crack a $10 million opening in December 2011, though it eventually scrambled to $75 million domestic. And in truth, Aloha’s $37 million budget precludes this from total bomb status. If anything, it was a smart call on Sony’s part to move it from December, when it would’ve been drowned in prestige pics, to summer, where it can still hustle some coin as counterprogramming. To be clear, Aloha’s not in any way a hit; it’s just not a total disaster. Financially.

Loser: Putting Tomorrow in Your Title

That honor still belongs to Tomorrowland. Weekend No. 2 wasn’t any kinder to Disney’s1 Memorial Day chart-topper: it dropped nearly 60 percent to third place with $13.8 million, leaving it at just about $63 million in 10 days. Its performance is matching last summer’s “What happened?” tentpole Edge of Tomorrow — i.e., it might struggle to reach $100 million domestic. Pretty bad for a stated $190 million budget.

If there were another winner at this weekend’s box office, it was the champions of two weekends ago: Pitch Perfect 2 and Mad Max: Fury Road kept dutifully chugging away at the money pump. The Bellas made another $14.8 million for a $147.5 million domestic total that puts Pitch Perfect 2 on track to surpass Grease’s $188 million as the biggest musical ever —though obviously that’s not adjusted for massive inflation. But at $228.2 million worldwide and counting, Universal can probably live with that. Meanwhile, Mad Max earned another $13.6 million in North America, but its real victory will come once all the international returns are in. So far, with $280.9 million worldwide, Max is proving to be the Little Critically-Adored-Blockbuster That Could.

Also, Avengers: Age of Ultron hit $1.32 billion worldwide to become the sixth-highest-grossing film of all time. But, you know, whatever. Everybody saw that one coming.

The “What Was the Rock Cooking?” Weekend Top Five

Dude, What Is to Blame for the New ‘Point Break’?