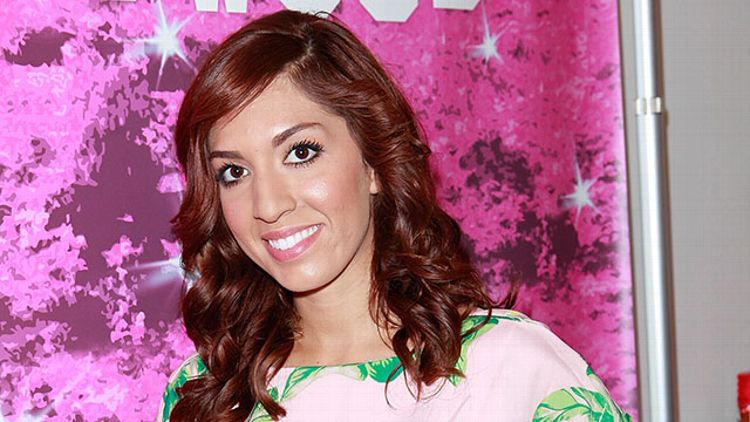 Since you’ve all been clamoring for answers to the question of what’s been up with former Teen Mom Farrah Abraham following the release of her sex tape, we are here to answer your prayers. But first, in case you haven’t been following closely, here is everything you need to know about what happened before Abraham dropped Backdoor Teen Mom last week.

Abraham underwent a lot of trauma on Teen Mom. Her mother was physically abusive, and the father of her daughter Sophia was killed in a car accident. Like several of the other Teen Mom participants, Abraham spent some of her MTV check on breast implants. She also released an autobiography called My Teenage Dream Ended and tried to start a music career by releasing some strange, accidentally avant-garde music to go with it. Abraham tried to get on VH1’s Couples Therapy by recruiting a guy and paying him to pretend to be her boyfriend, but then she started to treat him like he was actually her boyfriend and he bailed.

Backdoor Teen Mom, since you’re wondering, is fine. It feels like your average professional fake amateur sex tape, which is to say it doesn’t have the frisson of an actual sex tape, nor the full-scale pyrotechnics of a more professional porno. Celebrity sex tapes attract voyeurs interested not just in sex, but in intimacy. You can see people having every kind of sex for free on the Internet any time you want. It’s the secret window into someone else’s relationship that feels really perverse. The Pamela Anderson and Tommy Lee sex tape remains the gold standard, a portrait of two people with really exaggerated secondary sex characteristics who are desperately in love. Paris Hilton and Kim Kardashian’s sex tapes are both lackluster in terms of the actual sex, but rich in portrayal of character detail. Abraham and Deen are respectful coworkers in the video, pretending to be more than that by throwing in a “baby” every once in a while. BTM cements Deen’s status as the go-to “women’s porn star,” the sort of guy you could make your first sex tape with. He’s appealing to women and not overly threatening to men, a boyish alternative to super-studs like Rocco Siffredi and Lex Steele.

When Deen heard about the stunt, he was PISSED. “This is a type of publicity I do not agree with and I do not want to participate in,” he told Celebuzz. “Joking or lying or using pregnancy to get attention and media is not cool. It involves three people’s lives including the potential unborn child. It is not a subject to just throw around.” Abraham had undergone the porn industry’s mandated STD testing and told Vivid she was on birth control. Deen says he’s not sure if Abraham was really on the pill or not, but that he wouldn’t have taken the job if she was not. He recalls that when they started shooting the scene, she asked him to ejaculate inside her, and that it crossed his mind “that she wanted to create a fake pregnancy scam.” He was fazed when the picture of her buying a pregnancy test hit the web, but given the circumstances, he knew it was unlikely that the pregnancy scare was for real and that she was most likely just trying to milk a little more fame out of it.

Deen now says Abraham is the worst person he’s ever worked with, including Lindsay Lohan on The Canyons. Deen admits, “Honestly, after this whole experience I really do miss Lindsay. I’ve been taught that a movie star and reality star are very different.”

Model (and John Legend’s fiancée) Chrissy Teigen weighed in on Twitter, writing “farrah abraham now thinks she is pregnant from her sex tape. in other news you’re a whore and everyone hates you whoops not other news sorry.” She got slammed with comments about slut shaming, and how it is hypocritical for someone who sells images of her body for a living (Teigen has posed for the Sports Illustrated swimsuit issue the last four years) to accuse someone of being “a whore.” (Teigen likes to provoke conflict on her Twitter feed. Just before her Abraham tweets, she was trolling the whole Internet by saying she hates links to photos of cats.)

Publicity generates more publicity. Teigen and Deen are perpetuating the story by commenting on it, and maybe they want the attention too. We’re all varying levels of niche famous here. The truth is that Farrah Abraham is not going to go away anytime soon. She’s a thing now. Sorry, America! You gave birth to this fame monster, and now you have to deal with it.