VH1’s CrazySexyCool: The TLC Story Looks Way Better Than It Needs to Be 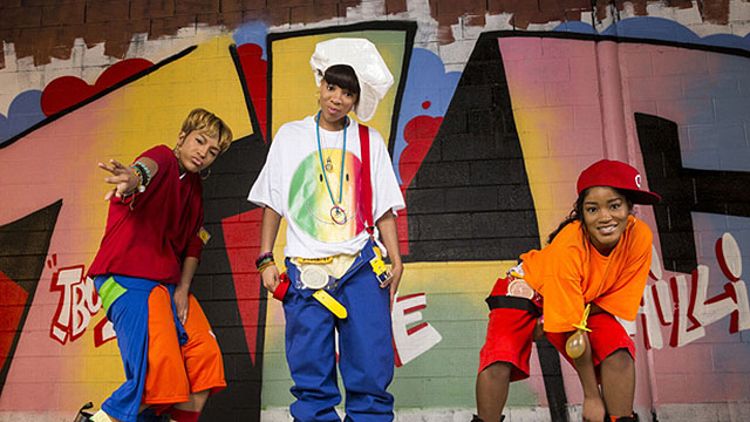 TLC’s CrazySexyCool was the first cassette tape I ever purchased myself, so you can imagine how excited I am about VH1’s forthcoming TLC biopic CrazySexyCool: The TLC Story! (Very excited.) Directed by Charles Stone III (Drumline, Paid in Full) and starring three young starlets as the R&B trio, it tells the story of how the group became huge, got screwed financially, made a string of immaculate hit albums that spawned tons of smash singles, struggled with intraband egos and fractured friendships, and ultimately met a tragic early demise when one of its members was killed in a freak accident. Here are some thoughts on the new trailer.

Everyone who made fun of the casting of Lil Mama as Left Eye might want to take a step back, because she actually seems like she might be really good in this! She’s got Left Eye’s speech mannerisms and physical affectations down perfectly. Could her Left Eye be, in fact, poppin’? The music video re-creations also look much more high-budget than anyone predicted! Sure it’s a little eerie to see an uncanny Chilli (Keke Palmer) and T-Boz (Drew Sidora) with Lil Mama’s Left Eye replicating the indelible videos for TLC hits like “No Scrubs,” “Waterfalls,” and “Creep,” but it’s also stunningly accurate, at least in these short clips.

It’s written by Kate Lanier, who wrote the Mariah Carey bomb Glitter (I love Glitter, obviously). But in case Glittter scares some of you off, Lanier also wrote What’s Love Got to Do With It and Set It Off. With Mary Harron’s Anna Nicole movie and Steven Soderbergh’s Behind the Candelabra, it’s been a great year for prestige TV movies. Anyone who has seen the 1999 Behind the Music episode about TLC knows that their story is a riveting cautionary tale about the financial and emotional exploitation that runs rampant in the music business.

There’s already one incredible movie about TLC, a documentary called The Last Days of Left Eye, which VH1 aired in 2007. It’s a film directed by Lauren Lazin that follows Left Eye around a spiritual resort in Honduras as she grapples with questions of fame and fate. She breaks down the differences between “Left Eye” and “Lisa Lopes” and talks about the incident when she famously set her boyfriend Andre Rison’s house on fire, which led to her being labeled “Crazy.” In reality, the act of arson was Lopes’s inappropriate but not unwarranted response to years of being physically and mentally abused by Rison.

Released posthumously, it depicts the moment of Lopes’s actual death onscreen, when the Mitsubishi Montero Sport she is in overturns. The camera jams as the passengers scream, and you’re not sure you (or anyone) were meant to ever see it. CrazySexyCool: The TLC Story will probably be a less grisly affair, since Tionne “T-Boz” Watkins and Rozonda “Chilli” Thomas are credited as executive producers. We don’t ask that it be gritty, just entertaining. I ain’t 2 proud 2 beg.

Claws and All: Hugh Jackman Gets Ripped for The Wolverine and Cate Blanchett Outdoes Herself for Woody Allen