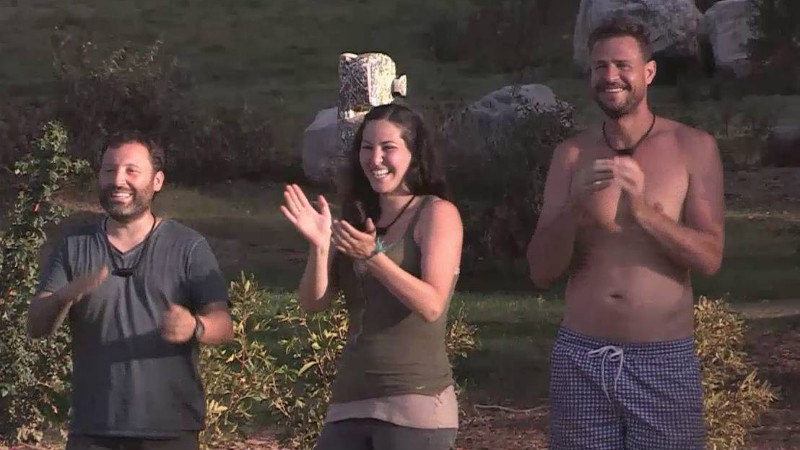 If you polled any couch-dwelling American during the first gold rush of reality television (which I’ll roughly place between 2000 and 2003 — when trusty network reality behemoths Survivor, Big Brother, The Amazing Race, and The Bachelor all premiered) about what the next frontier of unscripted entertainment was, the answers would all be variations of “more real.” Whether that meant elevated real-stakes danger and a greater chance of witnessing a death on television (as satirized in the 2001 Running Man update Series 7: The Contenders) or just closer and more multitudinous lenses (as attempted in Josh Harris’s massive 1999 installation Quiet: We Live in Public), we wanted the mirror turned more unflinchingly on ourselves both as individuals and societies. We thought reality television would be our way to some still-unaccessed truth about life.

Fast-forward a decade and change, and a major television network might have finally given us a reality show that comes close to approximating that early-aughts dream. And yet, in the interim, our priorities have changed. All those old-guard shows sold us “reality,” but the mechanisms by which they kept us hooked were production and scripting, and that formula was repeated and finessed until it reached its logical endpoint (i.e., The Hills). Jersey Shore, one of the most watched and talked-about reality series since the gold rush, was successful not because of how real it was, but because it gave us crazy yet sympathetic characters, catchphrases, and drunken escapades. Jersey Shore had more in common with a sitcom than The Real World, and it turned out that’s all we ever really wanted anyway. Even Big Brother, with its intensive surveillance setup and long stretches of utter mundanity, is still, at its heart, a game show.

Fox’s Utopia, now in its third, ratings-hungry week somewhere in the parched hills of central California, has a boldly undefined premise: For a whole year (!), 15 Americans will live in rural seclusion with the overall goal of building a new society, a goal so open to interpretation as to apparently flummox potential viewers. There is no million-dollar prize, no weekly elimination. There are no challenges. There aren’t even any producers on the premises, we’re told, and no cameramen — the show is shot by hundreds of surveillance cameras, which gives it a grainy, unpolished look onscreen. The “new society” goal is still a bit far off at this point — really, the more immediate goal is for these 15 individuals to get along well enough to be able to feed themselves and make enough money to keep their homestead afloat.

And that, outside of its big-budget lack of definition, might be why Utopia is struggling. Who wants to watch a show about people who are trying to get along, not just so that the cast stays together and they can continue to rake in six figures per season, but because their continued quality of life depends on it? You can count me among the handful of weirdos now glued to the screen for Utopia’s biweekly (Tuesdays and Fridays at 8 p.m., not that I have anything to gain by plugging) doses of sweaty council meetings, farming disputes, and late-night melodica jam sessions. But I started out as cynical as anyone else — it seemed to me that a society that attracts people who felt they were exceptional enough both to be on reality TV and to opt out of regular society for a year would inherently crumple on itself. And the first week, full of binge drinking and screaming matches and veiled racism, was not the Utopians’ finest hour. Audiences responded in kind: The show started shedding viewers faster than the Utopians’ excess body fat in the California heat wave.

For many, it probably seemed like an extreme example of a show we’ve seen a million times before: a bunch of stereotypes live in a house together and fight. But then something weird happened: Things got bad enough that cast members were forced to radically change their behavior. “5th Ave” Dave, perhaps the most notorious cast member (if notoriety is a thing that can be achieved on a show averaging a 0.8 in the demo), was eventually ousted from the group, but not before requesting to be baptized by Pentecostal pastor Jonathan in the tepid waters of Lake Utopia. It was a tremendously morally complex moment for a network reality show to tackle: On the one hand, the Utopians were justifiably fed up with Dave’s wildly oscillating moods and what appeared to be a genuine anger-management problem. He was obviously at the root of much of the group’s initial discord. There was no evidence that his “come to Jesus” moment would stick. They (especially Jonathan) were also sincerely concerned for him, and when his request to be taken back was denied there was very little visible anger and many tears. Dave’s exit was — hear me out — strangely reminiscent of several exits of Mad Men characters over the years; we may never hear from him again and we have no idea where his road leads, and that’s kind of the point. (Here’s hoping that his adopted dad Jonathan, also currently out of Utopia due to an injury, has reconnected with him.)

Dave has left the show, but the conflict-resolution skills the group learned while he was there have stuck. It hasn’t been all smooth sailing, of course — Bella, the loopy survivalist, became the group’s new whipping girl — but on last night’s episode, after a cruel public mockery of her desire for a water filter (led by normally even-keeled New York attorney Mike), several of the Utopians felt guilty and realized they weren’t handling the situation in the most productive way possible. Even Bella’s most vocal opponents realized they probably did need a water filter. Apologies were made, “women’s rule” was instated for a couple of days in their ongoing cycling of different government structures, and in the end, Bella got her filter and was made to feel like an important part of the group again.

The cast of Utopia may very well have started out as nothing but a collection of larger-than-life reality-friendly stereotypes, but that has only given the group as a whole a bigger, more difficult task in finding ways to manage these egos and make concessions. And in doing so they become more complex as individuals and as a “society.” Nobody can stay a stereotype for too long when there’s a heat wave and money is dwindling. People lash out at each other, but they eventually have to address root problems and move on. These are fascinating, wholly mundane interactions, and it’s no wonder they’re not ratings gold. But I’ve been impressed by how much the show and its cast have defied my original expectations. Utopia offers us a cornucopia of problems both big (prejudices, personality disorders) and small (grocery lists), but then offers us the satisfaction of seeing those problems get addressed, little by little. Utopia itself, with its pile of dirty dishes and ailing chicken coop, may still be something of a dystopia, but in spirit and intention, it’s shockingly living up to its name.