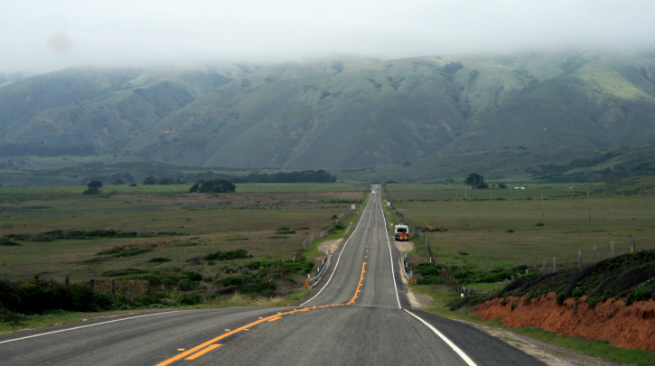 It looks like we’ve finally been granted some true details about Season 2 of True Detective. News broke that the casting most likely involves Colin Farrell and Taylor Kitsch as the nouveau Rust Cohle and Marty Hart for the show’s sophomore run, with Elisabeth Moss as the female lead and Vince Vaughn as the season’s superficial villain — the real villain being the SYSTEM, maaaaaaaaan (if it’s anything like Season 1).

But forget the casting — what will be next season’s mystery? How does one top Carcosa? Well, according to The Wrap, Nic Pizzolatto will attempt it in a nonexistent California city with the murder of a “corrupt city manager” that extends to a “potentially groundbreaking transportation deal” about freeway gridlock. Those are some pretty revealing details that also tell us nothing. So why not just get a head start on the wild fan speculation that will inevitably accompany True Detective’s second season?

Odds are good that whatever the corruption turns out to be, it probably goes all the way to the top. It sounds like Pizzolatto is aiming straight for Chinatown with the institutional corruption and California setting. Will the transportation department turn out to be in cahoots with car manufacturers? That would be the Who Framed Roger Rabbit version. Or will it turn out that it was the creepy old man who worked at the abandoned carnival all along (the Scooby Doo ending)? Maybe the main characters will die at the end this time. Maybe Ned Stark will show up. Anything can happen!

There’s no evidence as to whether this season will have any supernatural themes like the first season’s, but I bet it will have some philosophical monologues at the very least. I’m personally praying that the freeway system is built over a sandworm nest, but that’s just one girl’s dream. Or maybe after the obvious villain played by Vaughn is disposed of, the real villain will turn out to be a surprise cameo from Matthew McConaughey as a California-transplanted Rust Cohle. But I’m pretty sure we already know the villain of True D’s second season: It’s our own overly high audience expectations generated by the success of the first season!

Could ‘The Last of Us’ Be the First Truly Great Video-Game Movie?