Could ‘The Last of Us’ Be the First Truly Great Video-Game Movie? 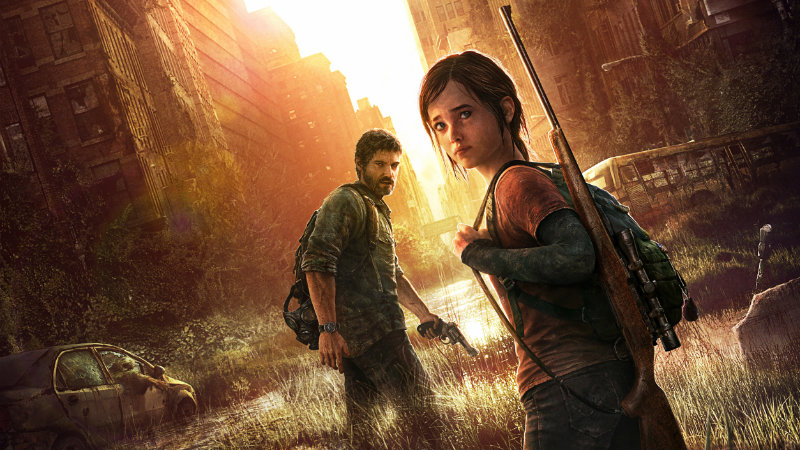 On almost every occasion that video games and movies have come together in the four decades since the first video-game version of a major motion picture, the result has been a crime against culture. Experienced gamers know that, with a few exceptions, a movie tie-in game is a big, blinking “steer clear” sign. And although some stylistic and structural traits of video games have successfully seeded the big screen, most video-game movies have been the kind of quick cash-ins that reinforced Roger Ebert’s beliefs about gaming’s artistic potential (although Ebert actually liked a couple of clunkers). Rotten Tomatoes’ list of the “Best Video Game Adaptations” (emphasis mine) includes one with a 1 percent positive review score; the average of the 29 films on the list is 18 percent, and the high is 44 percent, for the CGI-only Final Fantasy: The Spirits Within. Nor has any game adaptation achieved anything close to mainstream acclaim (despite the suspiciously high audience ratings of every Pokémon movie) or lasting relevance. Video-game movies have been a boon to the bank accounts of Uwe Boll and Milla Jovovich, but 21 years after Super Mario Bros., we’re still waiting for one that the consensus says is worth either seeing or subjecting to any kind of critical thought.

There’s no mystery about why video-game movies get made: License a preexisting property and you can skimp on script and storyboards and still count on a more enthusiastic reception at Comic-Con than you could with an equally crappy unknown commodity. Despite their near-universal horrendousness, video-game movies make money, grossing an average of more than $38 million domestically for those that received wide releases, according to Box Office Mojo, including a $131 million payday for the critically panned Lara Croft: Tomb Raider. Given the potential for profit, why wouldn’t film companies keep cranking them out? And why wouldn’t they choose to adapt a franchise whose game sales are driven by, say, bouncing breasts? They’ll bounce more enticingly on the big screen, leaving even less need for a story.

However, there is some hope on the horizon for movie adaptations of video games. The core console/PC audience of most big-budget games has gotten older and much more evenly distributed along gender lines, which means there’s a sizable market for games with more mature themes and less obvious objectification — games, in other words, that might make good movies.

The vanguard of a good game-movies movement might be the upcoming adaptation of The Last of Us, a Naughty Dog–developed, Sony Computer Entertainment–published cross between the third-person action-adventure and survival horror genres that won 2013 game of the year honors from a wide selection of video game publications and polls. Set in 2033, decades after the United States succumbed to a fungal infection that transforms its human hosts into mutated, cannibalistic creatures that go click in the night, the PlayStation 3 game chronicles a cross-country trip taken by Joel, a fortysomething survivor, and Ellie, a 14-year-old girl who’s been bitten but appears to be immune, to find the Fireflies, a rebel group that they hope can use Ellie’s blood to synthesize a vaccine.

Although the game’s core sneaking, crafting, shooting, and stabbing gameplay mechanics aren’t dramatically different from industry standards, every aspect of The Last of Us is elevated by sharp writing, note-perfect portrayals, and a strong sense of place. As satisfying as it is to control Joel, the personification of Tough Actin’ Tinactin, the brutal man-on-fungus violence is mostly a means of making the player care more about the characters. Placed in each other’s paths by circumstances beyond their control, Joel and Ellie come to care about and rely on each other, and their travels culminate in a scene that’s both ambiguous and satisfying, a difficult balance to strike. The Last of Us isn’t necessarily more affecting than some of the best books or movies about similar subject matter, but it’s no less harrowing or emotionally memorable, an accomplishment in a medium that’s still figuring out how to tell stories.

Because postapocalyptic properties are hotter than Hansel on screens of every size, and because the game was such a critical and sales success (although for all the reasons that movie tie-in games do make money, Triple-A titles often don’t), nobody could be terribly surprised when news broke in March that The Last of Us would be made into a movie at an unspecified date, courtesy of Screen Gems and producer Sam Raimi. Raimi, who directed The Evil Dead and the recent Spider-Man trilogy, has strong nerd credentials, but he’s also produced his fair share of schlock. Screen Gems is responsible for the Jovovich-vehicle Resident Evil franchise, now up to five films (going on six). Given the history of Hollywood adaptations, fans would have been justified in fearing that in the film version, Ellie would be aged up and stripped of some strategically placed clothing, the fungus slaughter would take center stage, and the ending’s rough edges would be sanded down into a product so smooth that no one would leave the theater unsure of how to feel.

But as rumors made the rounds at Comic-Con late last month that Game of Thrones star Maisie Williams was in talks to play Ellie, other, even more encouraging details surfaced: Not only would Naughty Dog creative director Neil Druckmann (whose work made the game what it was) be writing the script, but the developer would have final say over the director, the cast, and the story, which would be “true to the original” and “laser-focused on the story of Joel and Ellie.”

Finally, a production company has decided to adapt a game whose plot is worthy of the promotion, and to do so in a respectful way. This seems like what we’ve been waiting for. Now that the prospect of a good game movie is upon us, though, we have to wonder: What would a faithful adaptation of The Last of Us look like?

That’s a compilation of every cutscene in The Last of Us: Remastered, a graphically upgraded, higher-resolution version of the game that was released for PlayStation 4 last week. Although the absence of gameplay footage leaves some gaps in the narrative (which you can see in the six-hour, gameplay-included version, if you have a quarter of a day to kill), the video is a feature-film-length preview of the upcoming movie, which you can even watch with commentary by Druckmann and the mo-capped actors who brought Joel and Ellie to virtual life. Which leads to an uncomfortable question: Why do we need the movie?

Raimi offered one answer at Comic-Con, observing that “actors can bring an extra layer of humanity that animatronic or digital creations can’t.” He’s right, although the digital creations in The Last of Us are animated so expertly and acted so convincingly that they generally avoid the uncanny valley. But a well-designed game that takes roughly 15 hours for a full playthrough can get its hooks into you in a way that even a well-acted two-hour film would be hard-pressed to do. The Last of Us is one of a spate of recent games — The Walking Dead, Bioshock Infinite, Dead Rising 2, and the underrated Enslaved: Odyssey to the West, among others — that put the player in the paternalistic position of protecting a young female character who, at least initially, can’t fend for herself. Along the way, the player makes difficult decisions and commits atrocities in the name of ensuring her safety. Those acts often elicit an exclamation, wide-eyed stare, or expression of fear and revulsion that can be guilt-inducing, even when carried out by an NPC. In the video-game version, unlike the movie version, you give the order to bash in the guy’s brains. In some respects, the finite options most games offer the player at any given moment make the medium’s storytelling restrictive, but that sense of agency, of having committed a crime, isn’t easy to replicate in any other sort of scripted entertainment.

Take away that agency, and remove the hook of translating a literary text into a visual one — no matter how vivid your imagination, there’s some intrigue in seeing a beloved book brought to life, but we already know what the world of The Last of Us looks like — and there’s not much left to anticipate. If you’ve played the game, you might enjoy a well-made movie version, but you don’t necessarily need one. The movie version of The Last of Us isn’t about fan service. It’s about making money — which, of course, is a perfectly logical goal.

The Last of Us surpassed 7 million copies sold in mid-July, just over a year after its release. Guardians of the Galaxy made $94 million in its opening weekend, which equates to an audience of 11.5 million. Not everyone owns a PlayStation or wants to invest 15 hours in Joel and Ellie’s journey, so movies still capture more eyeballs. On the plus side, if the possibility of landing a movie deal gives developers an additional incentive to create original, fully realized works like The Last of Us (and more money to funnel toward future projects), we’ll all benefit. It’s just somewhat disappointing that the solution to the scourge of bad movies based on games with thin plots might be straight ports of games with superior stories.

Get used to it: Along with the usual plot-free fare, a number of other narratively rich games are on tap to follow The Last of Us to a theater near you, including Deus Ex: Human Revolution, Uncharted (also from Naughty Dog), and Mass Effect. As both gamers and technology mature, more games will be ready for their close-ups. And if The Last of Us (or another port) succeeds, filmmakers might realize that they’re sitting on a script gold mine. Hire Oscar-nominated writers and eventually Oscars will come.

The challenge will be to distinguish cinematic adaptations of video games from the “cinematic” games themselves. There’s no guidepost to go by, because it hasn’t been done, but the best model might be Ubisoft’s. The world’s fourth-largest independent game publisher has promised to make its slate of upcoming films (over which it, too, will have full creative control) standalone entities with original stories set in the same universes as their games. “These are not adaptations,” CEO Jean-Julien Baronnet told Variety in 2013. “We will create a brand new story. Always.” Embracing that model, rather than the strategy that led to the brain-dead DOA: Dead or Alive, could lead to a faithful but redundant adaptation of The Last of Us, could be the first step toward a more fruitful partnership between two visual-entertainment industries whose products — despite all existing evidence to the contrary — need not turn toxic whenever they attempt to merge.

Although the distinctions between industries have eroded as games have gained polygons and home theaters have come closer to rivaling the real thing, each approach has its strengths: Games offer the user unparalleled control (and, eventually, immersion), while movies give designers freedom from that control, unlocking narrative possibilities that come from controlling the perspective rather than surrendering control of the camera to each audience member. The key, then, could be cross-pollination: As it becomes more common for movie people to cross over into the gaming arena the way they currently cross over into TV, the two worlds will find ways to work together that not only generate revenue but also preserve and promote the best of both mediums.