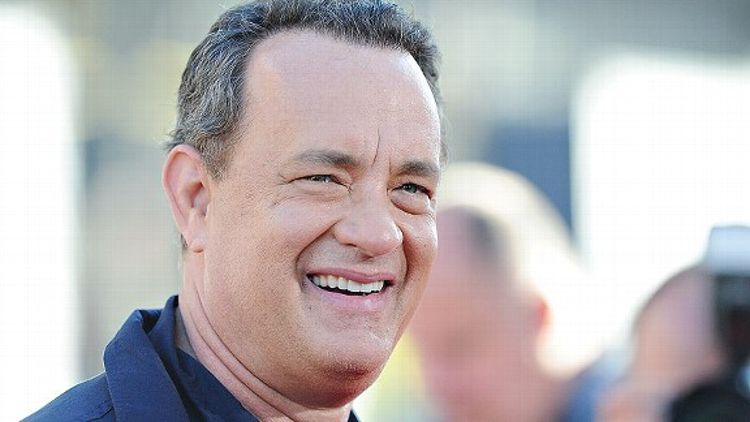 Tom Hanks might star in an adaptation of Erik Larson’s nonfiction book In the Garden of Beasts: Love, Terror and an American Family in Hitler’s Berlin, which has just been optioned by Universal and Hanks’ Playtone production company. The book revolves around William Dodd, the United States’ ambassador to Berlin in 1933, his socialite daughter Martha, and the family’s transition from naiveté to “awareness of the mounting brutality around them.” When reached for comment on the project, Tom Hanks made a bug-eyed face before asking, “holy crap, did I just sign up for another World War II movie?” Grade: A- [HR]

Prolific thriller screenwriter David Guggenheim (Safe House, Puzzle Palace) has sold another spec, Narco Sub, and Tony Scott is attached to direct. As you may have been able to gather from the title, the movie revolves around the semi-submersible crafts used in drug smuggling by South American cartels. Also, if it succeeds, it will spin-off into a whole franchise, with potential titles including Narco Truck, Narco Mule Chain, and, of course, Narco Tricycle. Grade: B [Deadline]

Michael Chiklis, Forest Whitaker, Common, and Ray Liotta are all signed up for Pawn, an indie crime flick in which a botched hostage situation lands an ex-con in a “manipulative chess game between the Feds, local police and the mob.” And while it hasn’t even gone into production yet, large swaths of Wu-Tang Clan have already ordered advance tickets to this on Fandango. Grade: C [Deadline]

Virginia Madsen and Sherry Stringfield will star as cops in the original TNT movie Hornet’s Nest, an adaptation of Patricia Cornwall’s novel in which a serial killer in Charlotte kills out-of-town businesspeople. Rumor is, Madsen’s signed on mostly in hopes of parlaying that TNT shine into helping her move from Botox plugs into the big leagues of sponsorships: yogurt commercials. Grade: D [Deadline]

Jared Harris (Mad Men, Sherlock Holmes: Game of Shadows) has landed the role of Ulysses S. Grant in Steven Spielberg’s Lincoln, a telling of the Great Emancipator’s road to abolition and the end of the Civil War. First order of business: novelty $50 bills, featuring Jared Harris in period costume, for everyone! Grade: B+ [Variety]