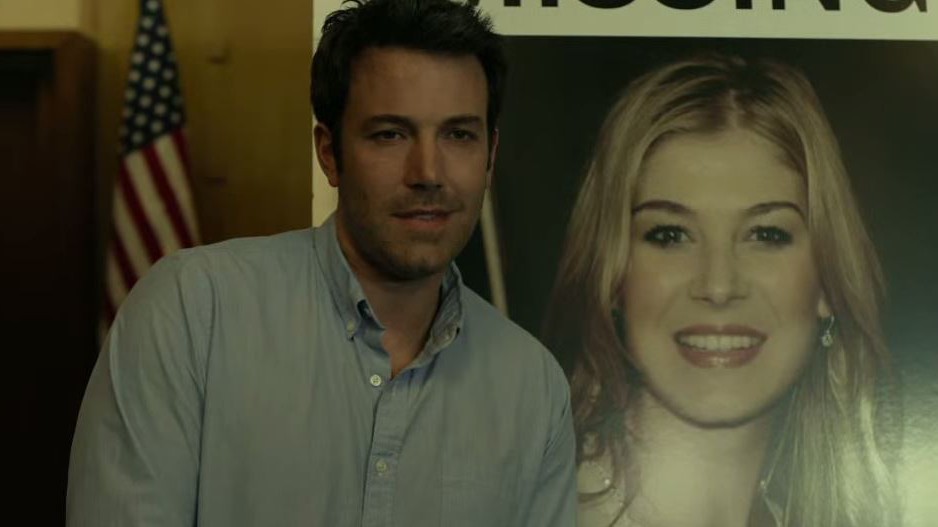 Maybe you’ve played this game lately. You sit down and browse movie times on Google (or if you’re over 65, in the paper). You cross-reference reviews on Rotten Tomatoes, check out a trailer or two, and then text your movie-nerd friend for his “must-sees.” Finally, you give in: “Fuck it, I’ll just see Gone Girl again.” You’re not alone. The only way to avoid Gone Girl, if you somehow also dodged Gillian Flynn’s hot-topic novel in 2012, has been to cut your Internet and cable connections, scream irrationally at coworkers when they start sentences with “Affleck” or “box cutter,” and sublease a cave somewhere in Syria. To say Gone Girl has struck a chord is to abuse the art of understatement. No, David Fincher’s slasher adaptation of Flynn’s homicidally malfunctioning take on marriage somehow picked out the one unexhausted vein left on the train-tracked arms of the American moviegoing public and mainlined the zeitgeist.

Examine Gone Girl’s grosses and it feels like you’ve hitched a DeLorean back to the late-’80s/early-’90s heyday of the erotic neo-noir thriller, when Fatal Attraction and Basic Instinct probed the unexpected downsides of Michael Douglas’s sex appeal. This weekend it officially became Fincher’s highest-grossing film at the domestic box office, with nearly $137 million and counting. In fact, it hasn’t dropped more than 37 percent weekend over weekend since its October 3 release. In the current blockbuster age, when a 40 percent drop is considered a win, 37 percent is a landslide. For an R-rated film — a rating studio heads routinely beg the MPAA to avoid — that’s phenomenal: If Gone Girl can hit $164 million domestic, it’ll displace The Departed and break into the top 10 October films of all time (adjusted for inflation).1 You know The Departed — that little crime thriller that finally won Scorsese his Oscar and took home Best Picture to boot. What makes Gone Girl’s success all the more tingle-inducing for observers of our floundering film industry is that it’s exactly the “type” of movie that studios had apparently forsaken long ago: a well-crafted thriller for an audience over 25, a “tweener” that’s neither bloated franchise fare nor an eccentric indie straight from the Sundance labs. In short, it’s Harry Potter for grown-ups.

Which means we now get to indulge in Hollywood’s second-favorite pastime, after gloating over someone else’s failure: analyzing a genuine success. There are the obvious reasons. David Fincher is a brand-name director whose presence alone almost amounts to a money-back guarantee of polished filmmaking. Ben Affleck’s once-fading star had renewed its sheen with Argo’s Oscar. And perhaps most important, Gillian Flynn’s novel stormed the publishing world back in 2012 with nearly 7 million copies sold in 28 countries to date. Seven million fans-in-waiting is hymnal music to the ears of marketing departments who pray daily to the Gods of Built-In Audience Awareness. The success of Flynn’s book cannot be stressed enough: Studios have scouts whose sacred duty is to wheedle, connive, and sniff out sure-thing manuscripts for just this reason. A hit book can be the perfect launch pad from which to send a movie into the public at large; those of us who ply our trade in the Internet echo chamber fatten the beast further with think pieces, breathless anticipation, and salivating tweets.

But most heartening of all, Gone Girl’s success hints at the presence of an entity more exotic to studio execs than dark matter: an underserved audience. No one’s surprised when the latest YA dystopian adventure pockets a couple hundred million, but who dared believe that actual adults still went to the movies? Well, it turns out the over-25 crowd might be a more reliable one than the digitally weaned under-25ers who can get bored in between status updates. Gone Girl hit a hidden pocket of pent-up demand that had nowhere else to go but through the box office roof. Now, you can bet execs are lining up to frack the hell out of any twisty thrillers or wicked potboilers that come their way. Not all will be Fincher-level quality, but just ponder the wave of middle-aged ass kickers Liam Neeson engendered with Taken and you get the picture.

Still, those are the dry, fact-based explanations. For all the sophistication of the industry’s analytic tools there isn’t always a one-to-one correlation between specific variables and success. Even the most cynical studio head knows you can’t just throw the right ingredients in the cocktail shaker and get a perfect martini every time. Sometimes, for reasons inexplicable to bean-counting, it just hits. And we all know the real fun lies in divining the mystical movements of cultural consciousness behind that. Forget what its success says about Hollywood, what does Gone Girl say about us?

Could it be that Fincher’s trademark miasma of dread, that deep-focus ominousness pervading all his films, perfectly matches the winter of our contemporary social discontent? Nick and Amy are, after all, spurned dreamers, exiled from the gleaming ambitions of New York by oppressive, if familiar, economics — fractious but bound inexorably together with nowhere else to go. These days, who can’t relate to that sick feeling of fatalism, like we’re all stuck in the mud on a backcountry Missouri road with no cell service and someone who might want to kill us impatiently waiting in the passenger seat? On top of it, the 15 seconds of fame that social media now perpetually showers on us all definitely helps the iGeneration relate to the glare of the public eye: Who can’t empathize with Nick Dunne calibrating his every word when scrubbing one’s Facebook and Twitter feed is now de rigueur before a job interview?

You might even distill Gone Girl’s strange hold on us even further, to its most abstract emotional appeal. With a gruesome view of marriage, thorny, deception-riddled plot, and gender politics qua warfare, Gone Girl is not merely content to entertain. It disturbs deeply and provokes gleefully, thus ripping us from the comfort zone of our ennui. Forget embittering shattered dreams or stale fantasies of domestic bliss; this movie deals primarily in survival. As Amy teaches Nick, when banal trysts are your best escape from the rut of despairing tedium, sometimes the whiff of a predator is what you need most. A little terror does the body good. As twisted and depraved as Nick and Amy’s marriage is, there’s one thing it most definitely isn’t: boring.