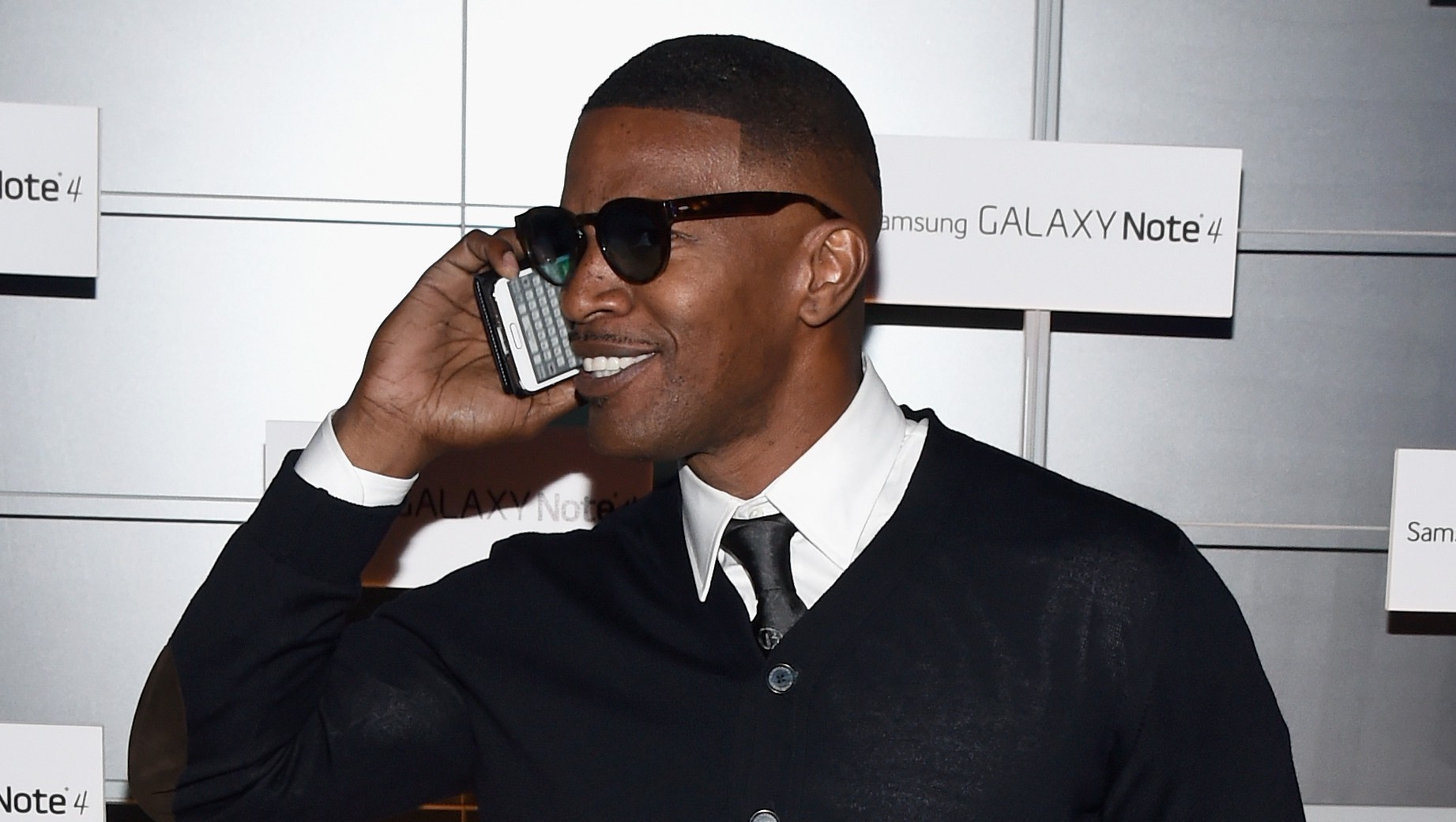 God bless Harmony Korine. Somehow a lifetime of infamous, death-defying overconsumption and maddening, logic-defying movies have led him, at the age of 41 … to being a big-time Hollywood director? Perhaps we’re getting ahead of ourselves here, so let’s just focus on the facts first. As Variety reports, Jamie Foxx has signed up for Korine’s next project, an “ensemble gangster drama” called The Trap that the director has called “his most ambitious film to date.” Oh, and Benicio del Toro is in it, too, and THR says it’s about two childhood friends with wildly divergent paths and a complicated history: “On the eve of a big recognition for the successful man, the other is released from jail and determined to get even.” You stoked yet? You stoked yet?!

It’s kind of hilarious and baffling that prime-time Hollywood talent like Del Toro and Foxx would look at the bonkers Spring Breakers and go, “I WANT IN ON WHATEVER KORINE’S DOING NEXT.” And then again: BDT’s always been a bit of a lovable weirdo, and Foxx has sprinkled in some interesting choices over the years. Even something like his glorified cameo as a fake tough guy in Horrible Bosses augurs an eccentricity that hasn’t fully been allowed to bloom; plus, he did Django Unchained, so you know he’s got cajones. And, besides, maybe they just watched Spring Breakers and thought the same thing as many of the rest of us: What the hell was that? And can we go there now?

If so, it’d be a remarkable second half. After being plucked out of skater-kid obscurity by Larry Clark to write the script for Kids, Korine became sort of a drug-addled celebrity art-vagabond. He hung with Leo’s infamous “Pussy Posse,” made inscrutably alluring indies, and generally did enough narcotics to kill a small horse. Says New York Magazine, in a 2008 profile: “Eventually, he ended up in a room in Paris, doing so many drugs that his teeth started to fall out.”

Now, though, he’s sober. When I interviewed Korine in March of last year, he said of his debauchery:

“I mean, I didn’t think I was gonna live as long as I have. It goes without saying that it’s crazy. And the friends, the ones that are still alive — well, probably, most of them have been messed up, too. But we’re all just like, ‘Holy shit.’ The people that really knew me back then know it’s a miracle.”

And how’d he pull it off?

“I just didn’t die. I just kept going … Man, I don’t remember anything. Like, most of my life. Like, [age] 9 to 30. But I can’t take any of the really fucked-up parts of my life back. Because it wouldn’t get me to where I am now. That’s why you really can’t have regrets. Not even one thing.”

And now, living life on exactly his own terms — both creatively and personally — has landed him in a special place. A lot of people would want to direct splashy crime thrillers starring Del Toro and Foxx. Very few would imagine getting there like this. God bless Harmony Korine.

Undead and Loving It: How Did AMC’s Flagship Show Suddenly Get So Good?