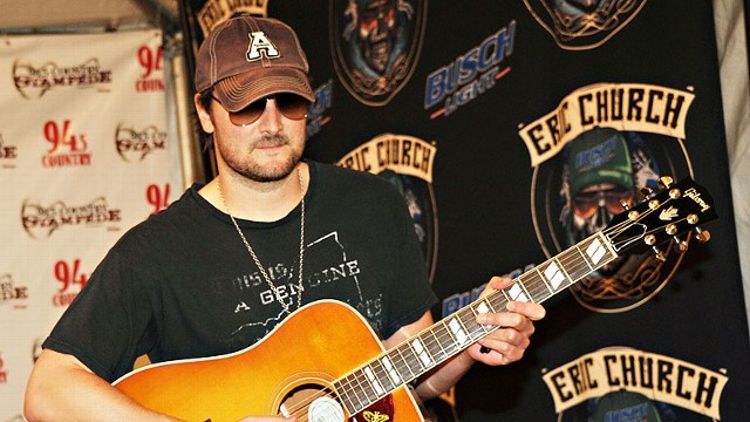 When last we hit the country charts it was still summer. Now it’s winter, and a whole new crop of country hits have sprung up for us to stew over. The top 10 songs from this week’s Billboard Country Chart:

Some songs recognize that they will sound best being chanted by a wasted crowd during last call. Eric Church has a song called “Springsteen” whose lyrics are partially made up of Bruce Springsteen song titles. He has a song called “Two Pink Lines” about waiting for the results of a pregnancy test and a song called “Homeboy” that you just have to hear for yourself. Eric Church may be a country music cliché-compiling pastiche robot sent here to annihilate us all.
Grade: B+

Luke Bryan sounds like his pride won’t let him admit he’s exhausted as shit from all this twilight-time living in the moment with a sexy stranger and just wants this night to end so he can go home and sleep and not be fucked for work all week. Probably a wise call, since the dialogue in the interlude sure makes her seem like a crazy drifter who’s going to booze you up, steal your wallet, and jack your truck by sunrise.
Grade: D

Filling ’em up and hosing ’em down, Chris Young is an unleaded lothario working a squeegee for lipstick tips on his collar and hoping to save up for a full-color music video eventually, someday.
Grade: C

Zac Brown looks like a Jack Black character who crawled out of an old Mr. Show sketch to mock the bland, shaggy-knit-cap hemp-milk-latte “just folksin’ around” style of Bonaroo-core jam band country music. This is Southern Rock for those who find The Kings of Leon way too heavy and wish that Dave Matthews Band featured even more fiddle.
Grade: C+

Songs about rainstorms that structurally mimic the auditory progression of rainstorms (building up toward a shattering climax that allows for clear skies and rainbows the next day). Breakup videos in modernist apartments with big plate glass doors and windows and beautiful views. Perfect country couplets about how “seven years of good can’t hide the one night I forgot to wear that ring.” Country singer Sarah Buxton is credited as “featured” on the track but not the video, like a much-missed ex cropped out of old Facebook pix. All of these things are TOPS.
Grade: A+

Lady Antebellum are Black Sabbath compared to The Band Perry. TBP are siblings, one milk-fed Mississippi blonde and two Richie Sambora/Steve “The Band” Perry-looking vest-wearing emo-haired brothers who play watery bluegrass for semiformal dances. The bridge veers into polka territory, and the twee traveling circus theme is sure to appeal to normie tumblr girls.
Grade: B

During “Reality,” Kenny Chesney wears a Harvard University muscle tee and various football helmets. Chesney produced and codirected a Friday Night Lights-ish football documentary, The Boys of Fall, featuring Sean Payton, Peyton Manning, and Brett Favre. This song is about escaping the shittiness of real life for the fantasy of stadium shows, the Super Bowl, and Disney world. Kenny Chesney knows what power chords will make a sweaty drunk girl want to wiggle in the summer night. Thank you for loving music, loving life.
Grade: A

8. Jason Aldean, “Tattoos on This Town”

This song is about street art and vandalizing private property in the most wholesome way. It starts out all cool and nu-metal and then flips over into a saltwater ditch.
Grade: B-

10. Martina McBride, “I’m Gonna Love You Through It”

Martina McBride (no relation to Danny McBride) can still belt with the best of them. This video takes advantage of her star-studded address book to promote a worthy cause: women’s cancer awareness. There’s an attic portrait of Martina somewhere.
Grade: A-

Oscarmetrics: The 'Yes,' the 'Huh,' and the 'What the Hell?!' of Nominations Day