Oscarmetrics: The ‘Yes,’ the ‘Huh,’ and the ‘What the Hell?!’ of Nominations Day 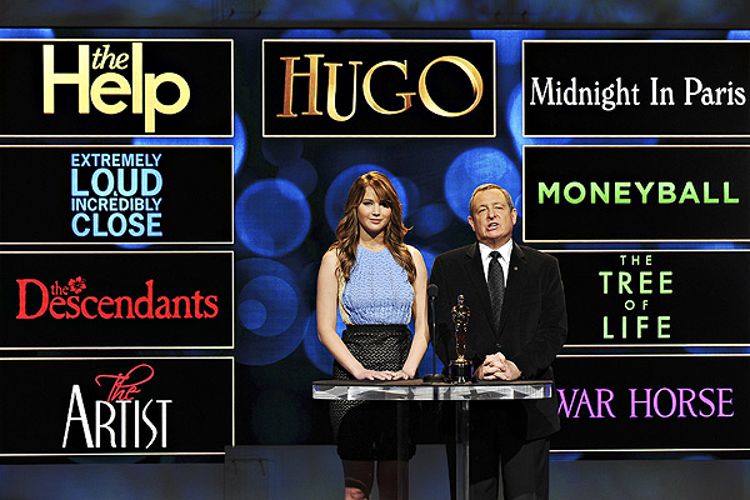 If I were feeling less generous and more cynical on this holiest of all Oscar-calendar mornings, I might say that to decipher this year’s Academy Awards contest, we need only look for inspiration to the GOP presidential race. The Artist is Mitt Romney — desperate to please, doesn’t stand for anything in particular, not especially popular with the general public, will eventually keep most of its money offshore, and, though dinged up and trash-talked, will probably cross the finish line first by default. The Descendants is Newt Gingrich (emotionally unsteady, hard on wives, doing better than expected, but probably can’t go all the way). Hugo is Rick Santorum (a little slow, doesn’t really like anything that changed in the culture in the last 80 years). And The Tree of Life is Jon Huntsman (believes in evolution, probably a little too classy for this field).

But let’s not ugly things up! It’s a day for celebration — or, depending on who you are, for nursing a bottomless sense of injustice and injury. On Friday I wrote that I was hoping to be able to begin this column with the words “Who would have guessed …?” Well, I got my wish. This morning’s nominations were a jolting combo of “Yes!,” “Huh,” and “What the hell …?” So let’s break them down that way:

Let’s tip our hat to a few of them: Meryl Streep picked up her 17th nomination today, a record for any performer. John Williams is up for Best Original Score for both The Adventures of Tintin and War Horse — those nominations, his 46th and 47th, extend his run as the most-nominated living person in any category. With nominations for both acting (The Descendants) and screenwriting (a surprise nod for The Ides of March), George Clooney has been nominated for seven Oscars in seven years. With his 22nd and 23rd nominations (for writing and directing Midnight in Paris, his first Best Picture nominee in 25 years), Woody Allen breaks out of a tie with Billy Wilder as Oscar’s most nominated writer-director. (Besides Williams, Allen, and Clooney, other double honorees today include Michel Hazanavicius, for writing and directing, Martin Scorsese, for directing and producing, and Brad Pitt, for acting and producing.) Alexander Payne was a triple honoree today, for writing, directing, and producing. Best Supporting Actor nominee Kenneth Branagh now has five nominations in five different categories (he’s previously been up for Actor, Director, Adapted Screenplay, and Live-Action Short). Kristen Wiig and Annie Mumolo, recognized for Bridesmaids, become the first female team in the Best Original Screenplay category since Nora Ephron and Alice Arlen wrote Silkwood 28 years ago. And the nominations for the silent (give or take a word) work of von Sydow and The Artist’s Jean Dujardin and Bérénice Bejo mark the first time that three silent performances have been recognized since either the first or second Oscars.

And Finally, a Report Card

So how’d I do with all those predictions last week? I got a very respectable 37 out of 44 right. Yeah, I said there’d be only six or seven Best Picture nominees, but my top eight guesses were all nominated. I had The Girl With the Dragon Tattoo (which picked up five nominations) for the ninth slot, which went to Extremely Loud & Incredibly Close. I went 4-for-5 in each of the acting categories, picking Albert Brooks (OK, come on, no nomination is insane!), The Descendants’s Shailene Woodley, DiCaprio, and We Need to Talk About Kevin’s Tilda Swinton, and guessing incorrectly that von Sydow, Oldman, and the Albert Nobbs duo of Glenn Close and Janet McTeer would just miss. I went 5-for-5 on Best Director, and on the screenplays, I thought The Help and Win Win would grab the slots that went to The Ides of March and A Separation.

My best calls: Predicting the omission of Michael Fassbender and the inclusion of Demián Bichir, guessing that the very deserving Margin Call would grab a screenwriting nomination, and sticking with The Tree of Life. My worst call: Saying Albert Brooks was a lock. But at least I’m not his publicist.

In the coming days and weeks I’ll go deeper on these very interesting races and on how (if at all) the nominations have shaken up the contest. But for now, congratulations to all the nominees, and condolences to Brooks, Kirsten Dunst, Michael Shannon, the entire team behind Margaret (we tried), Patton Oswalt, Tilda Swinton, and Michael Fassbender, who all surely know that, after all, this is only a game.