This Week’s Charts: The Japan Hot 100 and the Wistful Pleasures of “Bump of Chicken” 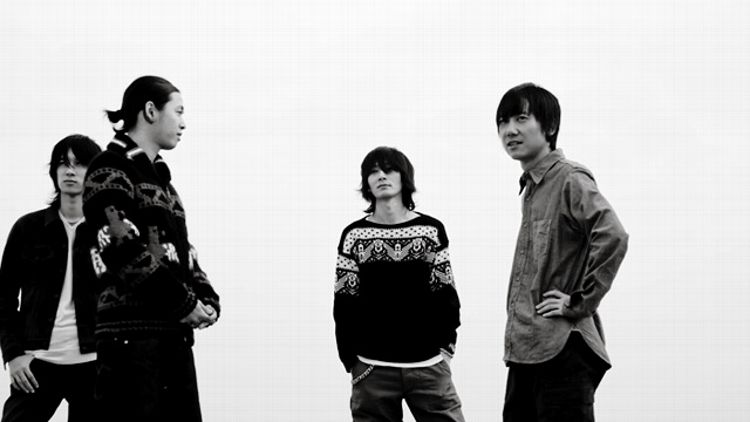 This (very) popular Beatles-inspired modern rock quartet from Sakura tend to do a lot of video game theme songs. (Also: it must be said, they’re babes). Here they wear Rock ‘n’ Roll Fair Isle sweaters and play an inspirational ballad for a high school romance music video. As band names go, Bump of Chicken isn’t any worse than Pearl Jam.They have an album called Yggdrasil and dedicated a song to Rei from Neon Genesis Evangelion. Wistful to a T.
Grade: A

“How about you dress like Patti Smith on the cover of Horses, but really, really, adorable?” Sugary lounge pop — extra-heavy on the treble — saved from complete sappiness by a guitar solo late in the game.
Grade: B-

A sweeping ballad rated “50% touching” and “30% serious” by the members of the JPopAsia.com community. The hipsterish Yu, in nerd glasses and a mulberry cardigan, stares out the window during a drive to the airport for a tour. He totes his guitar on trains. He wanders around subway stations and explores venues before his shows. The audio-visual equivalent of an Instagram photograph.
Grade: A

Tokyo Jihen’s lead singer Sheena Ringo is my new spiritual inspiration for February. She has written for Puffy Amiyumi and cites Janis Ian, Bjork, Todd Rundgren, and Rage Against The Machine as major influences. This is a Rundgren-y slice of slinky hotel lobby piano glass elevator funk with a truly fantastic music video, meant to celebrate a band breaking up at the end of this month.
Grade: A+

Hey, wait! It’s that ginger from the UK chart! What are you doing on here? Gingers are without a country, and thus belong to all nations. (Honestly, this softer-than-eiderdown song fits right in.) The loneliness of the long-distance ginger. It’s lucky that he ducks that tunnel in time, or this video would have a whole different vibe.
Grade: B+

The intro managed to remind me of Janet Jackson’s “Escapade” — and I can’t say I wasn’t a little disappointed when it turned into this song instead. But then the alt-rock crunch of the chorus kicked in and I am powerless before any kind of guitar harmonies. Lead singer Yasu, also of Janne Da Arc, resembles Cillian Murphy. A.B.C. is categorized as Visual Kei (“Visual Style”) — a modern musical movement related to glam rock and heavy metal in its excessive stylistic flamboyance. The solo really takes this to the “November Rain” mountain altar temple of fire.
Grade: B

Internet phenomenon/fashion blogger/Harajuku Barbie and fake eyelash entrepreneur Kyary Pamyu Pamyu has blown up worldwide for her cute and trippy music videos that burn down the white picket fence between adorable and weird. Lady Gaga and Lana Del Rey dream at night about being this hypnotic and scary. Bjork is just like yo girl, daps.
Grade: A-

Bonnie Pink’s upbeat “Tsumatai Ame” (“Cold Rain”) hasn’t officially been released as a single yet, but it’s heard as the closing theme to the NTV crime drama Dirty Mama! which, I learned from watching the pilot, is a buddy detective show about Nagashima Aoi (Karina) and tough trenchcoat wearing cop Maruoka Takako (Nagasaku Hiromi) who plays by her own rules, disagrees with the conservative male detectives, takes her small kid to work, and carries firearms in a souped up baby carriage. The baby Hashizo (played by twins Tsubaba and Kei Ikeda) gets a featured credit.
Grade: B

An eighteen member girl group empire whose queendom includes a reality variety show where the girls learn skills, play sports, and recite fans’ messages. It looks like they are wearing golden toaster hats. They are no AKB48.
Grade: C+

Has the Lana Del Rey album stoked your appetite for campy/sentimental piano ballads with lots of strings? You may be a Mariya Takeuchi fan in the making. Takeuchi’s David Lynch-y1980 hit “Fushigi na Piichi Pai” (“Mysterious Peach Pie”), whose video inexplicably includes clips from Kramer vs. Kramer, would be perfect for Del Rey to cover as a b-side. Not to be confused with the Hatsune Miku song.
Grade: B+

Partial List of Things That Will Be at the Super Bowl: A Football, Beer Commercials, M.I.A.