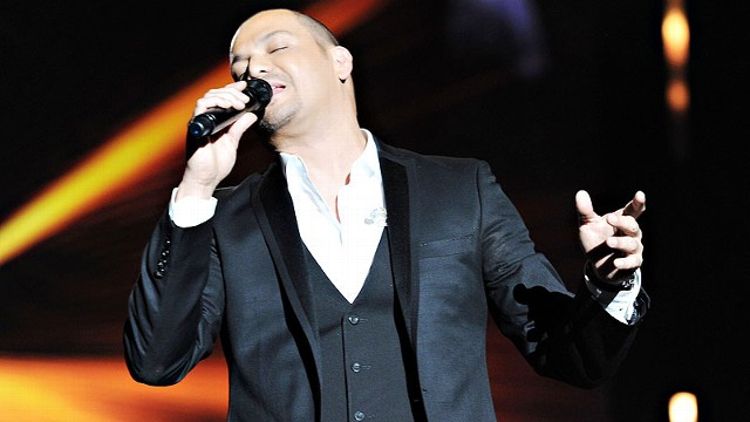 Billboard’s Tropical Songs chart rounds up the top hits getting the most radio airplay in Música Tropical genres like bachata, salsa, cumbia, vallenato, rumba, and merengue.

After briefly surpassing his rival’s 19 Tropical no. 1 songs, Marc Anthony is once again tied with King of Salsa Victor Manuelle for total top singles on the Latin Tropical Chart, with 20 hits apiece. But you just know Marc Anthony’s going to fuel all that post J.Lo-split energy into beating Manuelle back into the ground.
Grade: B+

Please let Prince Royce’s next single be my favorite up-tempo machismo anthem to sagging sung in a fluttery MJ voice; “Rock the Pants.”
Grade: B

Paulina Rubio is such a midfielder.
Grade: D

¿Que significa lovumba? “Let me know, cause I wanna know. Yankee, you better tell me what that means baby.” I am assuming it’s a conflation of “love” and “rumba,” but secretly hoping it’s a new club drug/energy drink that makes your heart beat in the “Dem Bow” riddim.
Grade: B

A bachata ballad from the Dominican Republic’s Zacarías Ferreira that is sold mainly through Ferreira’s hyper-passionate delivery of the chorus.
Grade: B+

So many things going on here, starting with the pre-chorus rhyming of “hoochie coochie” with “Susan Lucci,” “Kristi Yamaguchi,” and “Bernardo Bertolucci” — which kinda sums up Gloria’s timeless appeal (daytime soap opera/Olympic ceremony/classy foreign film playing at the strip mall art house theater). The song updates the “Lucas With the Lid Off” jazzy klezmer horn bounce with a dose of “Mr. Saxobeat,” some canned steam synths, and lyrics about red carpets and boutique hotels. (Ideal for awards-show montages of The Artist!) The video will apparently feature Gloria Estefan female impersonators. Perfecto.
Grade: A-

A squiggly little earworm produced by Luny Tunes — the Dominican production duo of Francisco Saldaña (Luny) and Víctor Cabrera (Tunes), who met while pushing meatloaf to trustafarians as cafeteria workers at Harvard University and gave us 2004’s world dominating reggaeton hit “Gasolina.” Well, they started a record label, Mas Flow Inc., and are now worth $3.5 million. HOW DO YOU LIKE THEM APPLES?
Grade: A+

“Bachata” is another name for the genre originally called “Amargue” (literally “Bitterness”) for its romantic ballads shot through with heaps of sadness. This song by Romeo Santos, currently poised as the genre’s great mainstream crossover hope, conjures appropriately umami heart feelings.
Grade: A

Don Omar has a cameo in Fast Five and a bunch of hit singles under his belt. This dance hall styled duet with label signee Natti Natasha feels perfunctory and reminded me of those Ja Rule and Ashanti songs.
Grade: C

Filed Under: Billboard, Grading the Charts