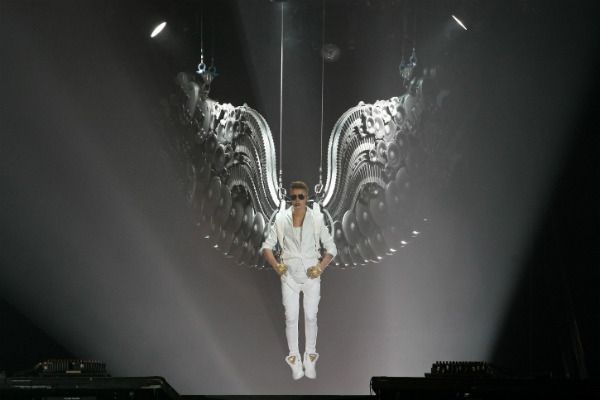 At some point over the last few months, between paparazzi meltdowns and tragic car crashes and all manner of interesting pant choices, keeping up with the dalliances and indiscretions of young Justin Bieber has turned into a daunting task. This last weekend, though, proved to be a particularly action-packed TMZ-fodder weekend for the formerly cherub-faced Canadian. Let’s just cut right to the chase: By Sunday night, Justin lost a monkey to German airport authorities.

OK, now for proper dramatic buildup, let’s back up a bit. The TMZ onslaught started on Friday, when the site breathlessly reported on the latest rager thrown in Bieber’s L.A. mansion while the dude is on tour in Europe: “[T]he beer was flowing and marijuana smoke was permeating the singer’s home … and the only thing missing was Justin. The bash was thrown by none other than Lil Twist [who] invited 40 girls to the house on March 19. They also invited a few guys. You see from the pics — there’s a large hookah pipe with multiple hose attachments on a table, along with nearly 2 dozen beer bottles, as well as the hard stuff.” And the important question here is — why is there a hookah in Justin Bieber’s home? Is JB attempting to re-create the dorm room-style carousing he’s missing out on while living life as an international pop star? Or maybe he just got really into Iranian culture after Argo?

On Saturday, things got worse: TMZ reported that the L.A. County Sheriff’s Department wants to prosecute Bieber for allegedly spitting on a neighbor during a confrontation in front of his home. The neighbor in question is a car mogul, and he approached Biebs to talk to him about not whipping around the neighborhood at 100 mph. Then, I guess, Justin spat on him? Says TMZ, “Sheriff’s investigators will refer the case to the L.A. County District Attorney for review after the investigation is completed, and the Dept. will recommend that criminal battery charges be filed against the singer.” Says the car mogul’s wife: “He’s a punk. He thinks he’s invincible. He can’t continue to have a bunch of enablers around him.” (By the way, and this is completely incidental, but one of the possible titles for my upcoming YA novella is The Car Mogul’s Wife.)

By Sunday, TMZ was back on the Bieber party beat, with a big scoop: “We’ve learned Justin has allowed 3 of his close friends to live in his Calabasas estate full-time — Lil Twist, Kevin Pederson (aka King Kevi) and a third who wants to remain anonymous. The trio lives there rent free, and they get a security guard to boot, even when Justin’s away. They’re also allowed to tool around in Justin’s sweet rides. We’ve learned the party animal is King Kevi, who has lived in the house for a month and has thrown 30 parties of varying sizes … And, we’re told, the dreaded sizzurp has turned up pretty regularly at the soirees, although they’ve scaled back since the whole Lil Wayne thing.” Know this now, America: If Justin goes the way of the MC Hammer, it will all be King Kevi’s fault.

And now, for the grand finale: monkey loss. The first thing you need to know is that at some point recently, Justin Bieber acquired a pet monkey (which, of course, is a totally normal thing to do, and does not in any way suggest the beginning stage of an endless series of coddled celebrity indulgences, specifically with alarming parallels to the life of Michael Jackson). The second thing you need to know is that Justin Bieber is not that familiar with the paperwork involved with monkey travel. Says TMZ, “Bieber arrived at the Munich airport on Thursday and was confronted about the monkey when he went through customs. Since Bieber didn’t have the proper documentation for the monkey … they took the monkey into quarantine.”

King Kevi ruling the roost, a monkey in quarantine, the sheriff on his ass … My fellow Beliebers, the dark days of Justin Bieber are here.