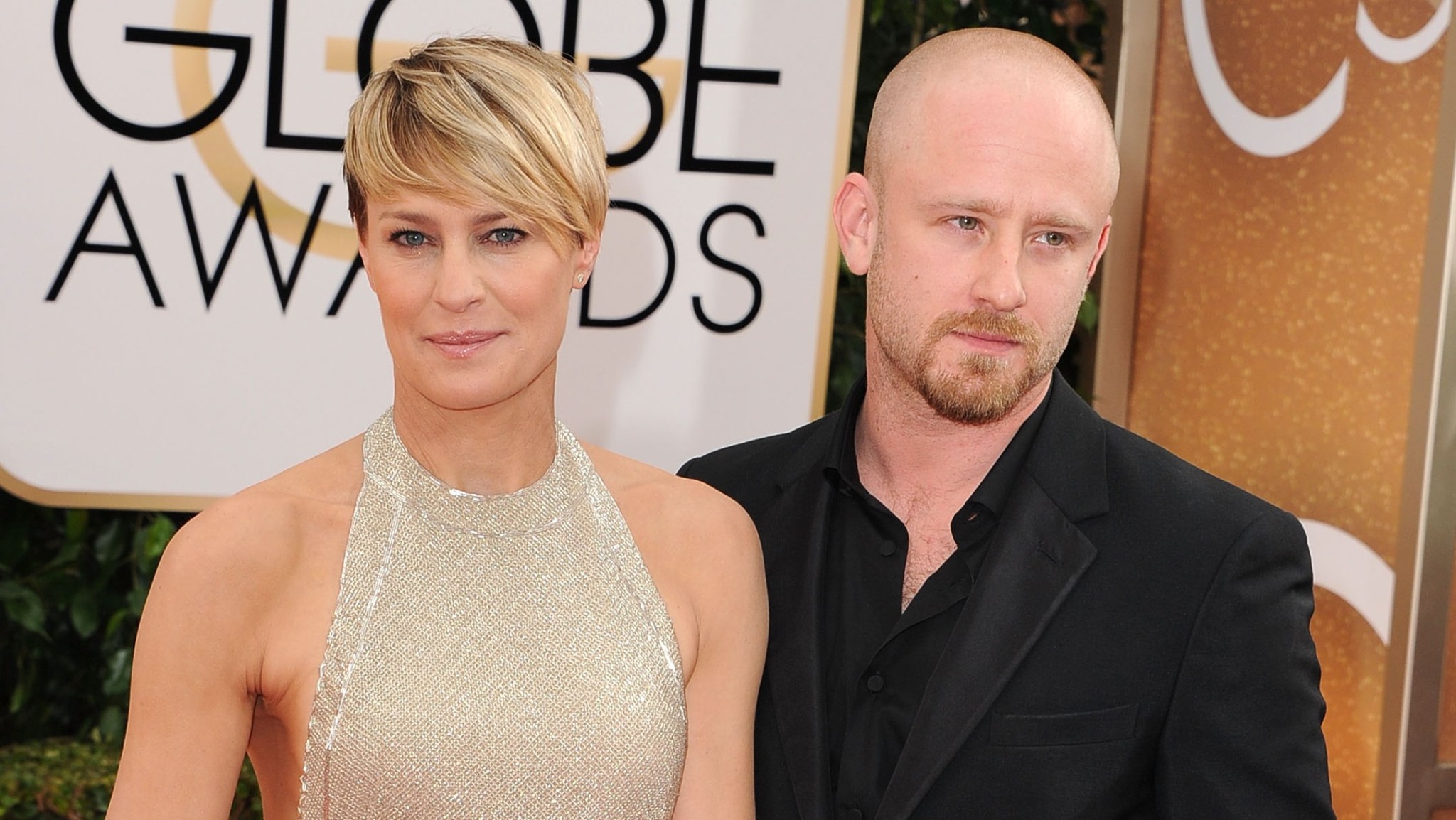 Broken Engagement of the Week: Ben Foster and Robin Wright

Civilization mourns today, after learning that Ben Foster and Robin Wright no longer plan to wed. They met while filming Rampart in 2011 and were affianced in 2013. We’d all grown accustomed to living in a world where a 14-year age difference could be overcome, and I’d finally dropped “Penn” from the end of Wright’s name when talking and thinking about her. But Us Weekly now reports that Foster, 34, was too childish for Wright, 48. Entirely shocking, I know. A “source” claims, “Ben was kind of immature. She couldn’t deal with him anymore.” It seems the bigger problem may have been that they weren’t around each other enough because of work commitments. She split time between Baltimore, where she films House of Cards, and Los Angeles, where her kids live. Meanwhile, he’s been off in London, where he’s in a production of A Streetcar Named Desire.

Last year, Wright revealed to the Telegraph that she had gotten a “B” tattooed on her middle finger on her left hand. Perhaps she always knew she and Ben were destined to break up, and that’s why she chose that digit — every time she gives someone the finger, she’s kind of giving it to Foster, too. It’s simply never a good idea to get a tattoo of your significant other’s name or initial. I would have expected more from her.

As you probably know by now, Kim Kardashian appears on the cover of the new Paper magazine in a highly scandalous manner. Her famously large rear end is the focal point of the photos, which were released into the world in a deliberately sensational fashion. On Tuesday night, the magazine released the cover alongside the hashtag #BreakTheInternet. Indeed, there was widespread reaction — even from Hollywood personae of varying degrees of importance. Naya Rivera, Glee actress and ex-fiancée of Big Sean, commented on Kim’s Instagram post of the photos thusly: “I normally don’t. But … you’re someone’s mother… ” In one swift statement, Naya is questioning Kim’s judgment as a parent and slut-shaming her. Pretty impressive! Naya shows her age by using two ellipses but no emoji — very appropriate for a 27-year-old. The Kardashian machine responded by dispatching official best friend Jonathan Cheban. Of course he went to Instagram, where the beef ramped up.

Not only does Cheban accuse Naya of being obsessed with Kim, he also references Big Sean’s epic, and epically mean, breakup song about Rivera. That probably stung. The true loser here, though, is whoever was tasked with making the Single White Female Photoshop. This person set aside time to make the image, and presumably he or she had to do so with urgency, so that the Kardashians could hit back at their detractor before everyone stopped caring.

Cheban and the Kardashians may need to send some sort of message to Chelsea Handler, too, as the comedian also inserted herself into the brouhaha. Chelsea posted a two-panel image — a pic-stitch, as the kids say — of her own bare behind alongside Kim’s magazine cover. This was her latest post testing the boundaries of Instagram’s nudity policy. Previously, Handler posted a photo of herself reenacting a famous photo of Vladimir Putin riding a horse, topless, which Instagram took down because of its no-boobs policy. She also insinuated that Kim’s ass was enhanced for the photos, but Handler’s contribution to the conversation was more about extending her own controversy’s life span than creating a new one, as in Naya’s case. Now that Kim’s full nudes from the Paper shoot are out, Chelsea’s moment has probably passed. Sorry, Chelsea. Better luck next time.

In 2009, Oprah visited Tom Cruise at his sprawling Colorado property for his first interview with her since Couchgate 2005. That 298-acre plot of land can now be yours, if you have $59 million available. In our current economy, you probably just need to put around $12 million down. Not so bad, right?

For that price, you’ll be purchasing a 10,000-square-foot house that includes four bedrooms, six bathrooms, a gym, a library, and a recreation room. Each room must be massive, because that’s not a lot for 10,000 square feet. It was once rumored that Cruise was building an underground bunker at this home to protect the occupants from an alien attack, but there’s no mention of said shelter. Is it possible that a portion of the 10,000 square footage is dedicated to another kind of emergency space that can’t be written about? Perhaps there’s a secret fifth dimension, as seen in Interstellar? Curbed has photos from the listing, but few interiors. There’s still no way of knowing what contraptions Cruise has constructed in there to protect against aliens and/or paparazzi.

Renewed Friendship of the Week: Ben Affleck and Matt Damon

Discussion about Ben Affleck frequently bends toward the unsavory. There are always lingering reports about his predilections for gambling and women who are not his wife. I don’t care for these unconfirmed stories. I prefer to think of him as the bright-eyed guy who was overcome with happiness onstage at the Oscars after winning the award for Best Original Screenplay alongside his childhood friend. This guy: 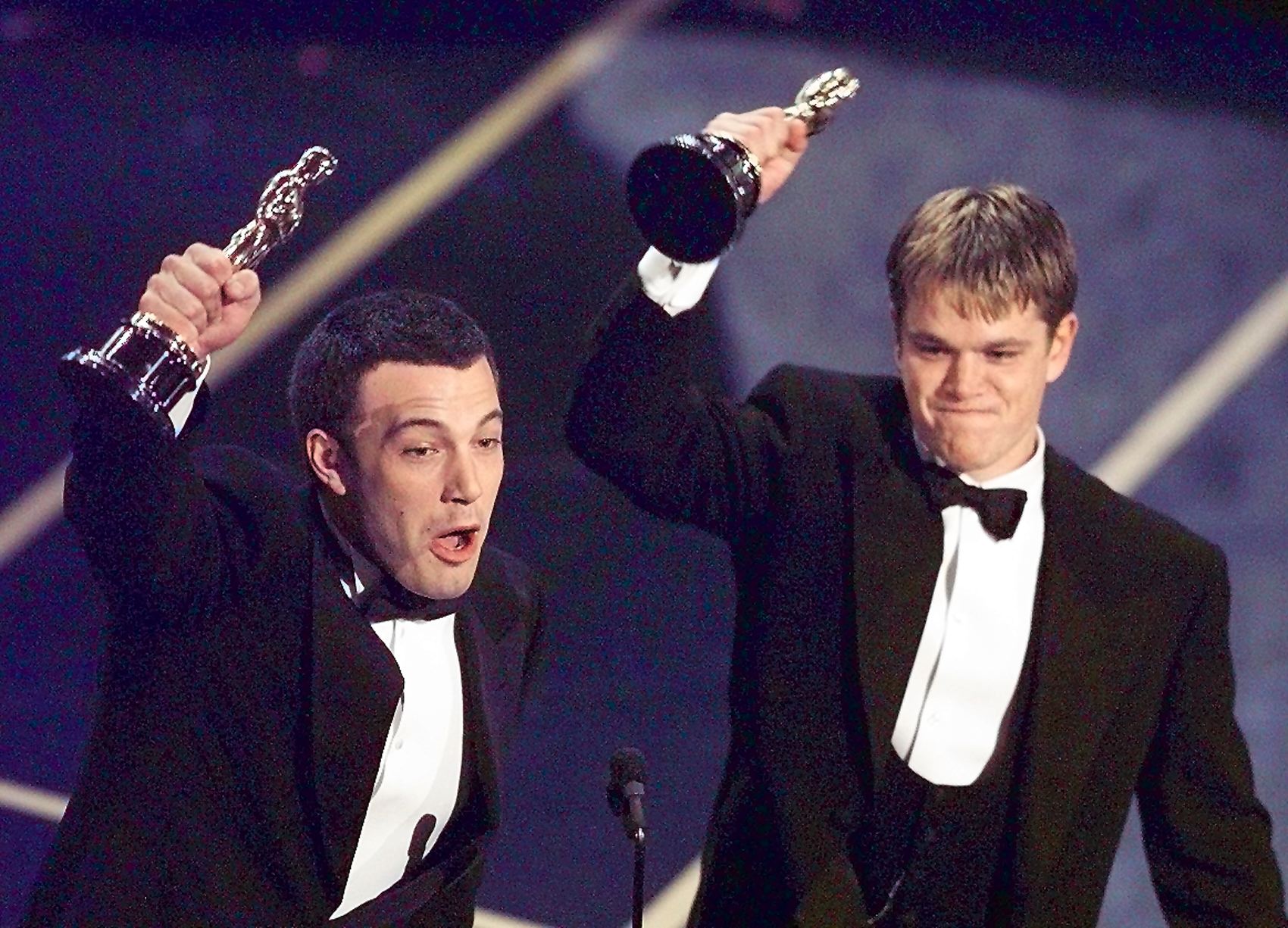 Well, thanks to the forthcoming revival of Project Greenlight, that’s exactly the Ben Affleck we’re getting of late. Ben and his copilot Matt were at a promotional event last weekend, where they indicated that they’re, once again, very willing to talk about their long friendship. The two spoke about how Ben hounded Matt to move to Los Angeles, until Damon finally gave in. “We each have two girls within six months of each other. It was a strong argument to buy a house here and be near Ben,” Matt said. He added: “I love him and he’s going to be in my life forever.” These two are just adorable. Ben said, “If I just do 15 shitty movies and no one wants to hire me again, I still really hope Matt does well.” Celebrity best friendships are not celebrated nearly enough. We’re too distracted by the melodrama of stars divorcing or an unlikely marriage. We need to spend more time celebrating friendship.

When Malibu Shores premiered in 1996, Randy Spelling seemed bound for some kind of fame, or at least infamy. The Aaron Spelling joint costarred Mickey Mouse Club alums Keri Russell and Tony Lucca (who turned up on The Voice a few seasons ago), and it seemed like a solid step forward down Hollywood’s Nepotism Boulevard for young Randy. He’d never be a Luke Perry or a Jason Priestley, but at least he could be on a cable reality show, just like Tori. Well, while his sister stayed on this track, Randy Spelling finally cut his own path in the world.

He moved to Portland, where he lives with his wife and two daughters. He works as a life coach, specifically teaching his clients about “being in flow.” Spelling’s foundational beliefs dictate “that we all aspire and yearn to be ‘in the flow of life.’ Being in the flow of our own soul, our own innate wisdom and joy. When one feels this and is aligned with their most unlimited self, it creates a feeling that is unmatched.” I hope his business is not only fulfilling but also lucrative, because he got very little money from his father’s estate. You can all contribute to his career by buying his forthcoming book, Unlimiting You. Randy just wants you to meet your true potential. I wonder if Tori would ever take him up on his services. I think she could use the help.