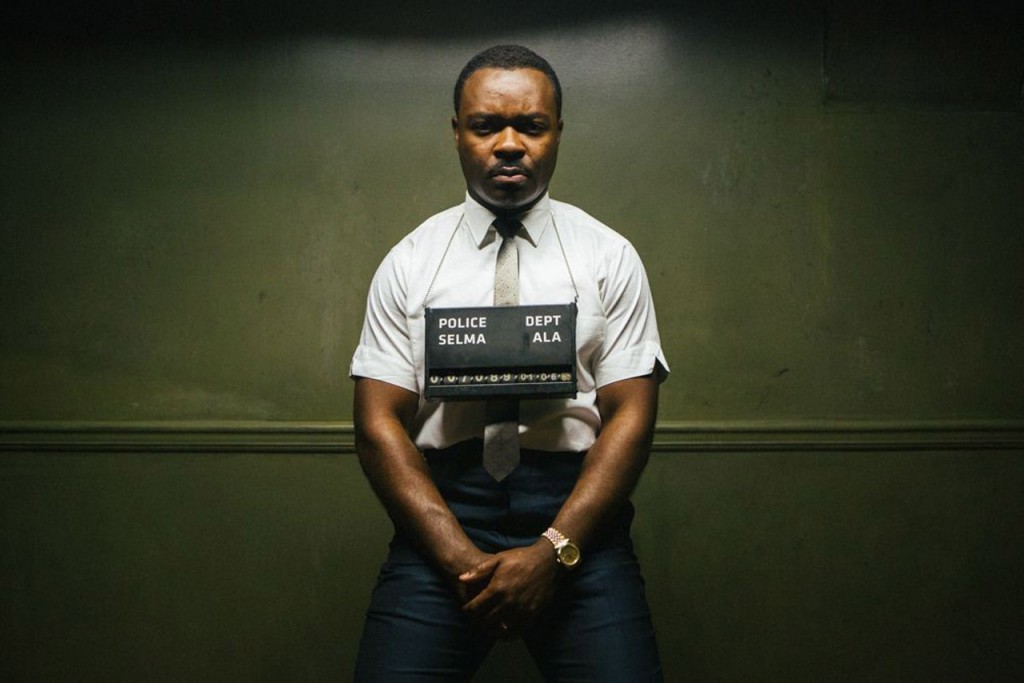 David Oyelowo has been a first-rate responder. The 38-year-old English actor has spent the better part of his career — opposite stars and icons, heroes and villains — in beta. That is about to change.

Earlier this week, the Oscar machine’s gears started churning for him when the first audiences, at AFI Fest in Los Angeles, saw his performance as Dr. Martin Luther King Jr. in Ava DuVernay’s Selma. The movie is not out in limited release until December, but the bandying is in full boom. Which should not be a surprise. There is perhaps no more formidable, iconic role in 20th century American history than MLK — it’s like trying to portray Edison’s first light bulb. Oyelowo is tasked with embodying a face that every child knows, a sonorous voice most every American has committed to memory. And while the actor has an increasingly “Oh, him” visibility, this is a role unlike anything that’s come before.

Oyelowo first emerged in his native England on Spooks (known in this country as MI-5), the long-running BBC spy drama. Oyelowo was Danny Hunter, a suave case officer, for three seasons. He’s the first character of significance we see on the show, and an early emblem of the clean-nosed, earnestly committed men that Oyelowo has come to specialize in. He evinces sincerity, forthrightness, a little bit of rebel spirit. Classically trained and with years of theater experience, Oyelowo slowly began to make incursions into Hollywood after Spooks, first as a patrol officer in the doomed Clive Owen–Jennifer Aniston thriller Derailed, then as Joseph in ABC’s Diddy-led adaptation of A Raisin in the Sun. His role in Rise of the Planet of the Apes — as the half-nefarious, half-dunderheaded corporate stooge Steven Jacobs — was the first major role in an American movie with an audience, and he was asked to seem dumber and sillier than James Franco. He half-succeeds. In The Help, he was the baleful Preacher Green, a gumball machine dispensing chewy aphorisms. He was Lightning Little in George Lucas’s beleaguered Red Tails, and the fourth lead behind Brittany Snow (!), Christian Serratos (?), and Evan Ross ( ¯\_(ツ)_/¯) in the barely-seen 96 Minutes. With stops and starts, a young black actor quietly eased his way into view in America. 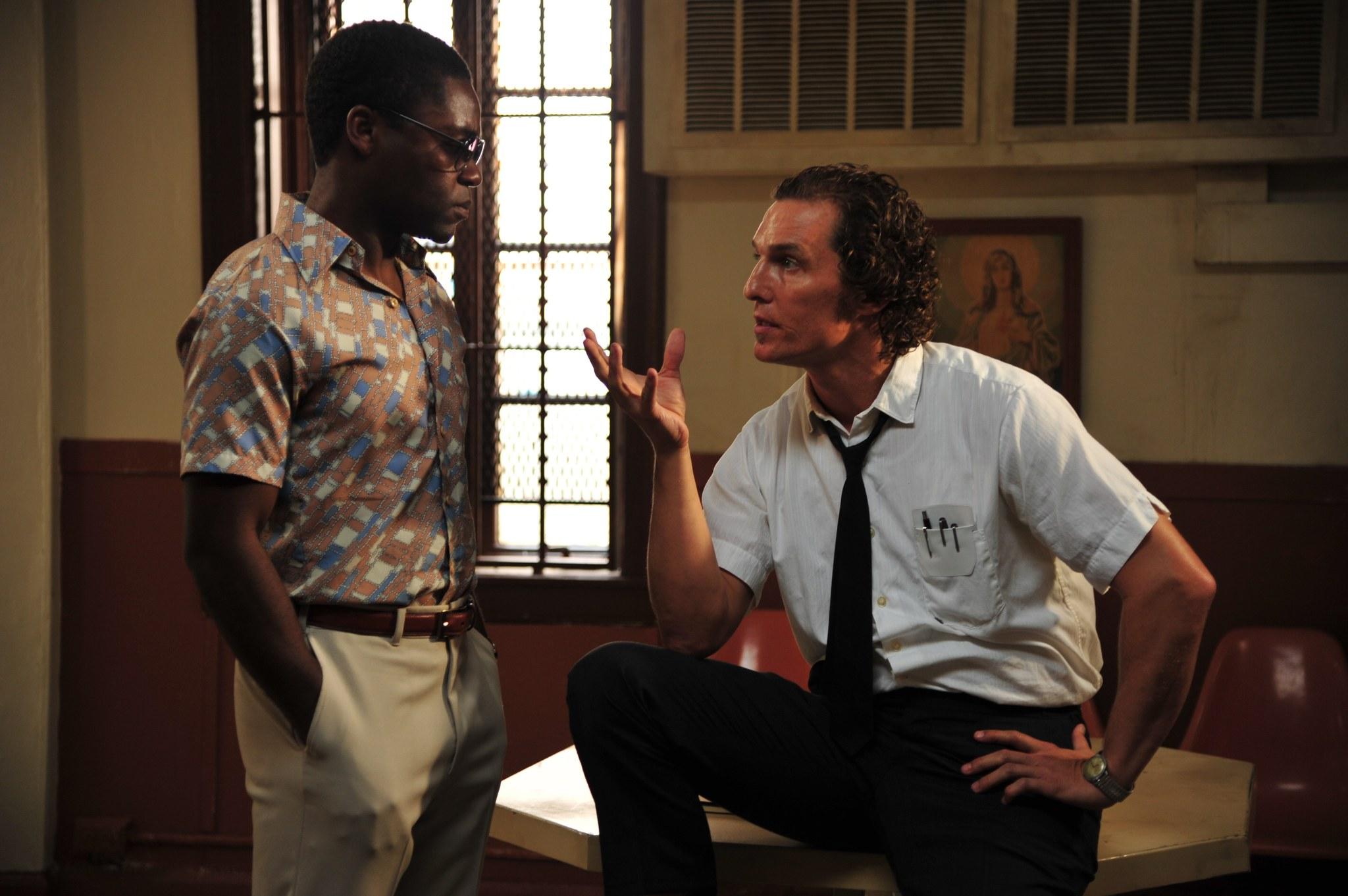 Then something bizarre came along. Oyelowo was cast as the fascinatingly strange character of Yardley Acheman in Lee Daniels’s equally strange The Paperboy. In a movie in which Nicole Kidman urinates on a jellyfish-stung Zac Efron, Matthew McConaughey (easing into the McConaissance) is raped and mutilated, and John Cusack receives a psychically transferred orgasm, Oyelowo plays the most unpredictable character: a man initially presented as British and gay — callously in search of a successful journalism career — though eventually revealed to be neither. The Paperboy is a burlesque, and Yardley is ultimately the showstopper, a finger-snap magic trick who blows poor Efron off the screen while transforming before our eyes. Daniels makes Oyelowo an emblem for a kind of proto-code-switching — it’s a risky and dazzling performance — and you can never quite figure what Yardley is driving at until he tells you exactly that. Oyelowo didn’t draw much acclaim for Daniels’s movie, which was mostly considered a fiasco, but someone was paying attention. Since 96 Minutes, he has filmed 14 movies. And none of them star Brittany Snow.

DuVernay’s elegant, lightly seen but well-regarded Middle of Nowhere is Oyelowo’s most humane performance, and you can see what the director saw in her future Dr. King — clarity of voice, searching honesty. Memorably, he was Corporal Ira Clark, the informed Union soldier who will not be denied his word and impresses Daniel Day-Lewis’s titular character in Lincoln. Again, a reminder and a corrective for America’s appalling racial history — he’s also a beacon for Steven Spielberg and an audience made to feel the colloquial warmth of Day-Lewis’s president. Oyelowo works against the mighty DDL, the wily McConaughey, a hale Tom Cruise in Jack Reacher,1 and each time he is both the loser and the person who puts a light inside a white male movie icon. He’s a struck match. Last year, opposite Forest Whitaker, he returned to Daniels in The Butler, as a raging but cowed son with militant influences and a locked heart. Once again, he was the emotional trigger for the lead, if less interesting than Yardley.

Oyelowo is also in the most talked about movie in America this week, in a brief role (once again opposite McConaughey) in Christopher Nolan’s Interstellar. And once again, he says a lot of things that his white counterpart finds ridiculous and enraging — he incites the action in the movie.2 Simultaneous to Selma, Oyelowo will appear, one more time, as a sideline figure who motivates a man at a movie’s center. In J.C. Chandor’s A Most Violent Year — which also premiered at AFI Fest — he is a politically cunning district attorney investigating Oscar Isaac’s rising New York City oilman. His elocution is on grand display, as usual, his words coming down like a stapler, cinching at the end of sentences. He stares Isaac down and challenges his morality, though we always know where our sympathies lay. It’s another thankless role, but you don’t forget him easily.

Before his MLK arrives in the hearts and ballots of Oscar voters, Oyelowo’s most visible performance may be happening behind an animated curtain — he’s currently doing a stint as Agent Kallus on Disney3 XD’s hugely successful Star Wars Rebels. Kallus is an Imperial Enforcer, working — how else? — in opposition to the Rebel Alliance. The show is a hit, and the actor’s stern and Victorian voice fits right in the tradition of Peter Cushing, Ian McDiarmid, and the haughty intonations of other esteemed protectors of the Empire. For nearly a decade, Oyelowo has figured out how to be the contrapositive. We’ll see how he fares as the ultimate figure of inspiring action.

The Movies of 1994: The Near-Perfect ‘Dumb and Dumber’