The Week in Gossip: The KimYe Wedding of the Century, a Mayweather Fight at Fatburger, and Angry X-Men 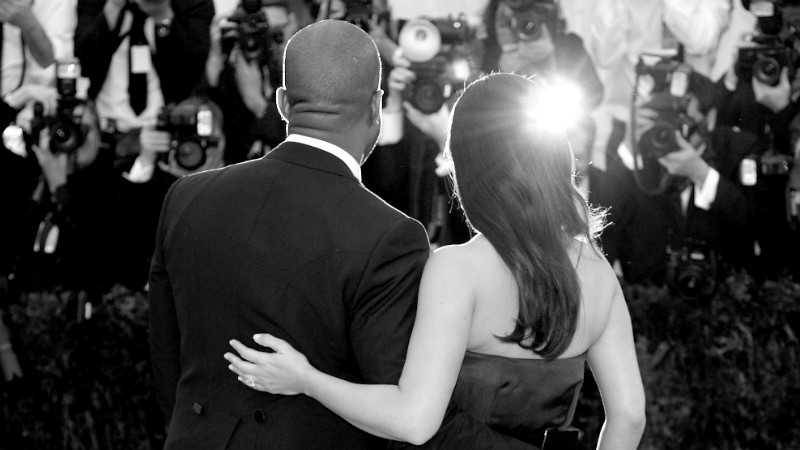 It finally happened: Kanye West and Kim Kardashian are now married. It’s official, because she changed her name on Twitter. This may be extreme KimYe fatigue talking, but there is something very sweet about this photo of them: 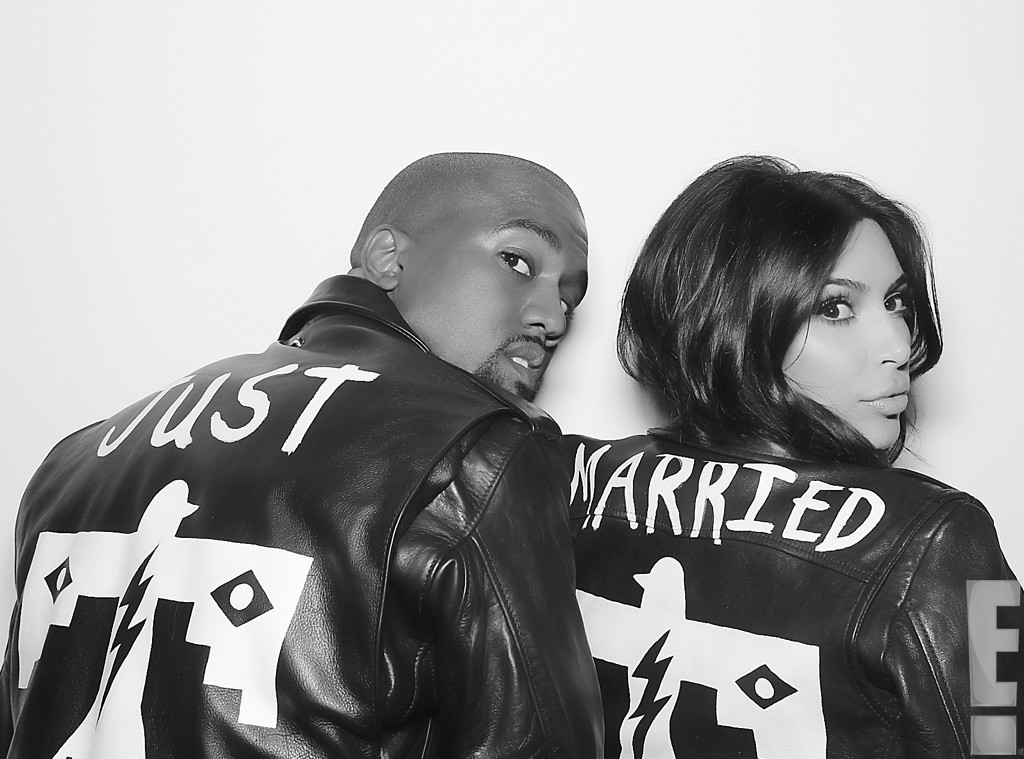 Many of the rumors proved to be true: The rehearsal dinner (a wedding term I use extremely loosely here) was in France, and the wedding was in Italy. Lana Del Rey sang at the French portion, though she says she did it for free. John Legend performed “All of Me.” The first dance was set to a mash-up of Etta James’s “At Last,” Otis Redding’s “Try a Little Tenderness,” and a few bars from West himself. After the Obamas danced to “At Last” at the 2009 inauguration, it should have been retired as a first-dance song at any event ever, but a Kanye verse makes up for it. The guest list proved to be even more contentious than one could have guessed. Beyoncé and Jay Z did not attend in an attempt to avoid Rachel Roy, who was wrapped up in the elevator incident. Meanwhile, Rob Kardashian left Florence in a huff because he refused to pose in photos. At least Jaden Smith was there, in a Batman costume.

The happy couple is now honeymooning in a corporate tax shelter, Ireland. So far they’ve been seen going to the movies and renting bicycles. Do Kim and Kanye have KimYe fatigue, too? Because that honeymoon sounds awfully normal and completely lovely — terms not usually associated with either of them.

Celebrity Brawl of the Week: T.I. and Floyd Mayweather

Rapper T.I. and boxer Floyd Mayweather got into an altercation at Fatburger on the Las Vegas Strip over the weekend. T.I. was the instigator, while Floyd was merely enjoying a hamburger. First question: If you are as paid as Floyd Mayweather, why are you eating at Fatburger? Second question: What were they fighting over? Thought leader TMZ says the rapper was enraged after his wife, Tiny, posted an Instagram photo with Floyd’s daughter, Iyanna, a.k.a. Money Yaya (per her Instagram feed). Based on the evidence (the photo), it appears that it was Iyanna’s birthday. In the course of the fight, chairs were thrown and a Fatburger employee was slashed, though he refused treatment and to speak with the police. After all, snitches get stitches — though the wound looked like it would require medical attention anyway. T.I. claims he landed a punch on Floyd, but Mayweather says he just got wrapped up with T.I.’s security. Since the fight, Mayweather told Necole Bitchie that T.I. had been aggrieved ever since Tiny attended a party at his mother’s house with the Money Team on May 4, though he insists nothing has happened with Tiny nor is he interested her in that way. Mayweather has more credibility here because this is T.I.’s second high-profile fight in the last two months. He also threw down with the Game outside an L.A. club.

Media Takeout ran a highly dubious story this week about Rihanna. In the site’s signature style — “WORLD EXCLUSIVE SHOCK RUMOR” — MTO suggested that she has a 6-year-old son living in Barbados. The site also implies that Jay Z may be the father, and the pregnancy somehow led to him prioritizing her career. None of this is even remotely confirmed, nor has any other site run with this. But, hey, maybe this is why Solange attacked Jay.

If I could embed with any movie press junket this year, I’d have to choose X-Men: Days of Future Past. In addition to watching Jennifer Lawrence and Nicholas Hoult in action, I’d get to hang with the most fun trio around, Hugh Jackman, Michael Fassbender, and James McAvoy. The good times began on the U.K. late-night show Graham Norton, when the three of them danced to “Blurred Lines.”

McAvoy, while not necessarily a bad dancer, is probably the one I’d like to hang out with the least. Jackman is the most charismatic man alive, Fassbender seems like an intriguing weirdo, and McAvoy is just lucky to be in this group. Yet I’m not sure he realizes how lucky he is. Over the weekend, he was at a pub in North London when two 18-year-old girls asked to take a photo with him. According to the Independent, he became enraged and started yelling at the fans. Even if he was drunk, and he had to deal with fans all night, shouldn’t he be a little more thankful that anyone cares at all? He needs to attend the Jackman Charm School.

Justin Bieber News of the Week: Did He Hook Up With Adriana Lima?

Sounds like Biebz was busy in Cannes. In addition to the rumored Paris Hilton fling, he may have had a something with model Adriana Lima. Last week the Telegraph says she rejected him, but E! claims it’s true. If E! is correct, Bieber is pulling a Harry Styles. It feels like Justin Bieber has been attacking our culture for ages, but he’s just 20 years old. Meanwhile, Lima is 32 and the mother of four. For her kids’ sake, I hope it’s not true.

Very petite actress Hayden Panettiere is reportedly pregnant with very large boxer Wladimir Klitschko’s child. Now she will have something to occupy her time when Nashville is canceled.

Necessary Gossip Follow-ups of the Week

Rory McIlroy and Caroline Wozniacki Break Up: Apparently Rory broke up with Caro over the phone via a three-minute call that she originally thought was a joke.

The Elevator: The now-infamous Jay Z and Solange Knowles elevator fight has given way to a steady stream of rumors about Beyoncé and her husband. The latest, per Star magazine, is that Bey cheated with her bodyguard to get back at Jay. If we will be spending so much time on these two boring, generally mute celebrities, let’s at least talk about the rumors that matter.

Clooney’s Engagement: Rumors about George Clooney and Amal Alamuddin’s planned nuptials continue to roll out. Earlier this week, Hello! claimed they were targeting the castle from Downton Abbey as the venue for the wedding. Anyone who knows anything about George Clooney knows he would never, ever go for such a kitschy idea. George Clooney does not need to pretend that he is English nobility. He is an international lord. People corrected the record, insisting that the duo will actually wed at a secret location in Italy, though not at George’s Lake Como estate. It would likely be too easy for paparazzi to stake out if they held it there. The Crawleys of Downton must have distant cousins in Italy; perhaps George should seek them out

“I’m really enjoying it…the second season is not so great.” -- Edward Snowden's review of 'The Wire' from his Moscow hideout.