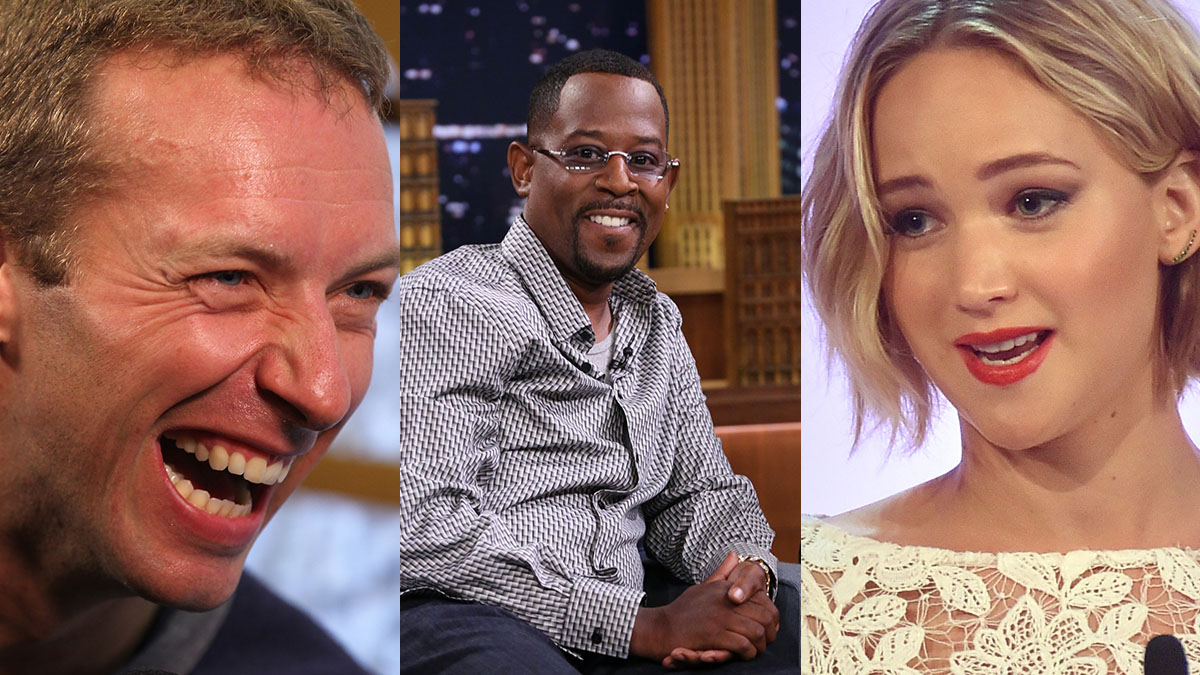 Hopefully you weren’t too attached to Jennifer Lawrence and Chris Martin, because now they’ve broken up. E! Online, which appears to be the official news outlet of J-Law personal announcements, denies there was any drama. An “insider” claims “it wasn’t dramatic” and “things just didn’t work out.” People has a hotter take: Lawrence broke up with Martin because of Gwyneth Paltrow. People’s source says Lawrence didn’t “understand the feelings between Chris and Gwyneth.” Is this news? Of course she didn’t. Jennifer Lawrence is 24 and without children. How could she understand the type of relationship that develops after two kids and a decade of marriage?

According to trusted source Radar Online, Jessica Biel is three months pregnant. Actually, I’m not so sure we can trust Radar Online, but let’s play this one out. Does this development represent the ultimate fulfillment of the Justin Timberlake we first met — the younger, goofier kid from *NSYNC with blond curls and baggy jeans — meeting his potential? Good kid grows up to be a good dad. Or is this part of the maturation of the Justin Timberlake that began with Justified, the kid dancing in the parking lot with Clipse popping in for one verse? JT has been in our consciousness for so many years, with so many haircuts — for all of his careful narrative plotting, I’m not sure where this chapter fits in. Rumors about him cheating on Biel have circulated for as long as they’ve dated, and considering that this pregnancy isn’t confirmed, they continue now. You can cherry-pick your JT facts to create your own adventure with this guy. If Biel truly is with child, I’ll choose to believe this is a happy ending for the former Mousketeer.

I suggest applying for membership at Biel’s new restaurant venture now. Back in January she announced plans to open a “Soho House for kids” in Santa Monica. Blind Gossip claims that she’s moving forward with the restaurant now that she will finally have the child to go with it.

[protected-iframe id=”16d132e6254dc794dac607bcba3e9a70-60203239-57735273″ info=”http://teamcoco.com/embed/v/85764#playlist=x;eyJ0eXBlIjoicmVsYXRlZCIsImlkIjo4NTc2NH0″ width=”640″ height=”360″ frameborder=”0″]
Let’s talk about confirmed babies instead of speculative ones. A few weeks ago, Mila Kunis and Ashton Kutcher brought daughter Wyatt Isabelle Kutcher into the world. She was born in Los Angeles on October 1. This week, Ashton Kutcher went on Conan to explain the derivation of her name. (It involves some random word association and Kunis’s grandfather.) The first act of responsible parenting that these two have demonstrated is grabbing the Twitter handle, Instagram account, and URL for their daughter. To quote @aplusk, “I don’t want a porn site with my daughter’s name!” Solid point. Kutcher has been demonstrating an acute interest in branding and self-promotion for years now, so of course this is the first lesson he’d teach his newborn daughter. Lead by example!

Another facet of Kutcher’s personal brand that we’ve come to know is his penchant for women, and a 21-year-old makeup artist claims he’s staying true to form. Linn Massinger tells The Sun of the U.K. and Stateside In Touch that she went back to Kutcher’s L.A. house in June 2012, just as he was beginning to date Mila Kunis. He was also recently separated from Demi Moore at the time. She even gave The Sun a photo of her with Kutcher (in his Steve Jobs hair ensemble) to prove it. Three questions here: (1) Did anyone realize that Kunis and Kutcher have been together since 2012? Feels like just yesterday they made That ’70s Show fans’ dreams come true. (2) Who took this photo of Massinger and Kutcher? It looks awfully staged, and pretty tame. Clearly there was some third party involved. Maybe Massinger got access to security footage, but that seems unlikely. (3) Lastly, how much did Massinger get paid for this so-called “exclusive”?

Reality Stars Extending Their Celebrity of the Week: Juan Pablo and Nikki from The Bachelor

Juan Pablo Galavis and Nikki Ferrell burst onto the national stage as a couple in the winter of 2014 when he refused to be goaded into saying he loved her on live television. Seasoned hosting professional Chris Harrison tried every trick in his repertoire to get Juan Pablo to drop an L-bomb, but Juan Pablo held his great resolve to placate neither his new fiancée or the Bachelor overlords. After a series of staged photos for social media, we next saw them on the most recent season of Couples Therapy With Dr. Jen. I wonder if they booked this gig before or after the After the Final Rose special, because the Bachelor special preordained the need for therapy. And in a final twist that we all saw coming, JP and Nikki are no more. Us claims they only stayed together this long because Juan Pablo was seeking fame. Whaaaaaat? The only surprise is that Nikki agreed to it.

Nope not one single second.✋

Juan Pablo flipped the script by going positive. But that’s really his final insult to Nikki. He won’t let her come out ahead.

Enthusiastic Halloween Celebrant of the Week: Leonardo DiCaprio in an Ape Mask

Leonardo DiCaprio is dressing up as an ape who loves hot women for Halloween this year. I like to think that this is just Leo’s most primal expression of his true self. Underneath those stupid baseball hats and newsboy caps lies a rich, talented actor with a predilection for the ladies. Who knew?!