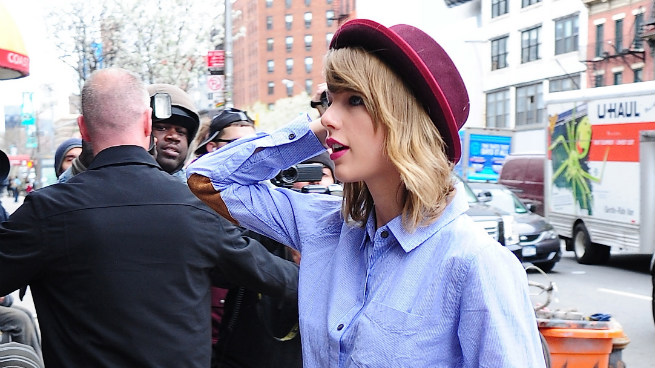 Celebrity Feud of the Week: George Clooney and Steve Wynn

Noted liberal George Clooney was in Las Vegas recently to promote his tequila brand at a Wine & Spirits Wholesalers of America convention, and while there, he had dinner with noted Republican Steve Wynn. According to the Las Vegas Review-Journal, the meal ended with Clooney storming off. Clooney says he took exception when Wynn called President Obama an “asshole,” but Wynn says his commentary about Obamacare, and another dinner attendee’s joke about Mikhail Gorbachev, is what set Clooney off. Either way, the fight was significant enough to both Clooney and Wynn that they officially commented on it. Regardless, all I can picture is a George Clooney version of Entourage set in the room from Ocean’s Eleven where Rusty Ryan was playing poker with Topher Grace, Joshua Jackson, and Holly Marie Combs. Clooney has two “business partners,” Rande Gerber and Michael Meldman. Gerber is married to Cindy Crawford, thereby making him E. Meldman must be Turtle.

Taylor Swift moved to New York a few weeks ago, and the photographs documenting her relocation have been plentiful. First, there were the movers loading her furniture into the Tribeca loft previously owned by Peter Jackson. On every day since (or so it feels), she has been photographed walking out of her apartment in perfect makeup and a vast array of heels. My favorite so far is this absurd Miss Hannigan outfit. Perhaps she’s angling for a role in an Annie sequel. The Taylor Takes New York movement has officially reached a fever pitch this week following a visit to the delightful McNally Jackson bookstore and the rumor that she may have a cameo in Girls. If she is trying to leave her younger fans behind in favor of the Girls audience, she may forget that older fans may recognize just how perfectly staged these photos are. McNally Jackson could not have paid Taylor to carry that shopping bag more carefully. I’m hoping she bought The Bell Jar and Sister Carrie, foundational tomes for any girl moving to a big city.

Potential Elaborate Hoax of the Week (or Not?): Tori Spelling’s Divorce

If you’ve picked up a tabloid magazine in the last few weeks or visited Radar Online, you have been barraged with the saga of Tori Spelling and Dean McDermott. You likely don’t know the details, because not many people care about Spelling anymore (and if you do know, it’s because you’re still chanting “Donna Martin graduates” to yourself). Radar is averaging one to two Tori stories per day in recent weeks, all about how Dean cheated on her, the spiral it has caused, and the ensuing reality show that will capture Tori’s struggle. She is doing a full publicity junket for the Lifetime show, including interviews with Us Weekly and presumably less-authorized stories like these from Radar: “The Show Must Go On! Tori Spelling Insisted Reality Show Go to Air Despite Concern From Lifetime It Would Destroy Her Marriage” and “9021-Opiates? Tori Spelling Pal Reveals She’s Abusing Vicodin & Oxycodone — ‘Mixing Pills With Alcohol to Cope’ With Marriage Breakdown.” Whoa! If true, all these stories are frightening for Spelling. But, now that one episode of True Tori has aired, Jezebel is wondering if Tori faked this scandal for the show. The Spelling family has a long history in the TV business, so maybe True Tori is just the next step. It wouldn’t be so different from the many Real Housewife fights and scandals that litter the weekly magazines.

The Seattle Seahawks issued a press release yesterday announcing Russell Wilson’s divorce from his wife, Ashton. Was GOOP unavailable to make the announcement? Do employers typically issue statements when employees undergo life events like this? Russell had married Ashton in 2012. They met in high school. We need Kalee Buetow to weigh in.

Last week it was Diplo. Last month it was Riff Raff. This week: Jared Leto. Welcome to an illustrious club! Had we known back in January that Katy Perry’s dating life would have weekly developments, there could have been an accompanying calendar. Or at least an app.

Too Dark to Joke About This Week: Tim Zickuhr of Ice Road Truckers Charged With Three Felonies

TMZ reports that Tim Zickuhr allegedly kidnapped a prostitute and forced her to jump out a window. The incident (allegedly) occurred after a dispute over payment. He gave her his ATM card to get the money, he accused her of taking too much, and when they met to settle up, he attacked her. This is horrible.