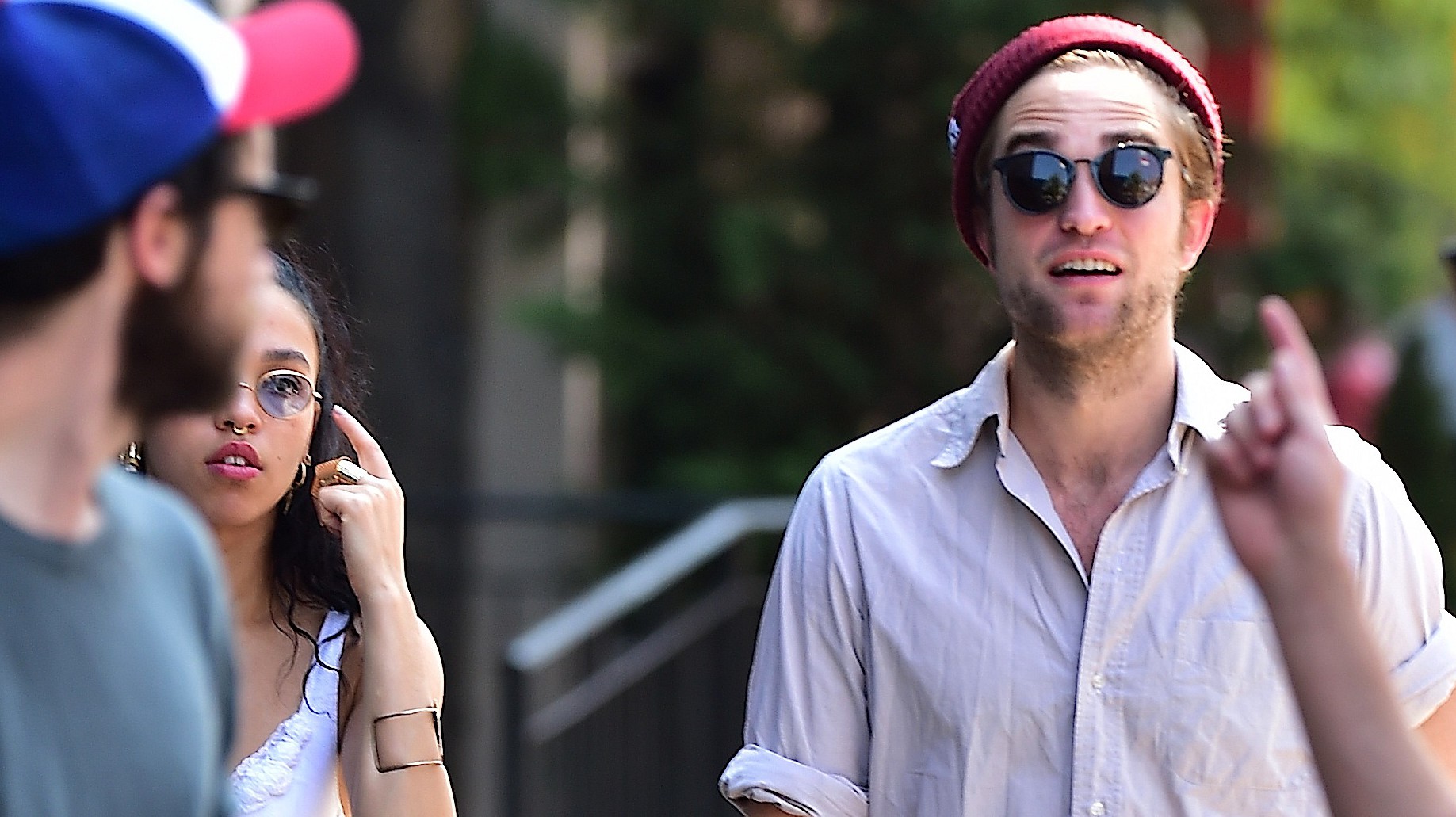 Engaged Couple of the Week: Robert Pattinson and FKA twigs

Another old friend is making news this week: T-Pain is on something of a comeback tour, and he may have inadvertently let it slip that FKA twigs is engaged to Robert Pattinson. He told Vulture, “And she’s engaged now, so that’s about to be a whole other thing.” As the Internet began to latch onto this tidbit, he clarified and Vulture updated the interview thusly: “T-Pain claims his seemingly accidental slip at the end of this interview regarding FKA twigs and Robert Pattinson’s engagement was in fact an April Fools’ joke. April Fools?” Who knew T-Pain had a passion for pranks? If it does turn out to be true, though, this is an excellent look for RPatz. It’s probably not the romantic direction that Twihards envisioned when we were in the thick of the Twilight phenomenon. Pattinson has rather clearly abdicated his throne as king of the teen mainstream, and a union with FKA twigs would coronate him the new ruler of experimental hipsterdom. It’d be a savvy move that’s hopefully motivated by love — the kind of machination that Taylor Swift would applaud. Let’s hope this one is true.

Until now, we’d only known Karrueche Tran as the longtime on/off girlfriend of Chris Brown. In between his dalliances with Rihanna (and presumably some other less than famous women), Tran would pop up alongside her man, at the club, on vacation, etc. She finally gave up Brown for good when the news of his child surfaced. No baby drama for Karrueche! Media Take Out claims that she has moved on with Golden State Warrior Klay Thompson. Klay is a professed lover of bulldogs and a lethal jump-shooter with ever-improving drives to the rim. I’m assuming it’s that improvement on his all-around game that attracted Karrueche.

Klay has yet to comment on the Media Take Out story, but Karrueche is already denying it. She told a TMZ cameraman that she didn’t even know who Klay was. Media Take Out is hardly the beacon of truth — however, I feel she was a bit too enthusiastic in her denial. If she really didn’t know who he was, her response would have been more natural. This story is developing, and Grantland will monitor it closely.

If you have been wondering where Avril Lavigne has been the last few months, the answer is in her bed. After first feeling sick while in Las Vegas in October, Lavigne was diagnosed with Lyme disease. Doctors couldn’t determine what was wrong for awhile, which, considering that she first fell ill in Vegas, is not entirely surprising. One could enter that city and come out with myriad diseases. The entire experience was debilitating for her: “I felt like I couldn’t breathe, I couldn’t talk, and I couldn’t move. I thought I was dying.” She channeled her experience into a new song, “Fly,” which will be released later this year for the 2015 Special Olympics.

So far she has been recuperating with the help of her mother, husband/Nickelback singer Chad Kroeger, and Real Housewife of Beverly Hills Yolanda Foster (who actually lives in Malibu). Foster, too, suffers from Lyme disease, though that’s not what brought them together. Avril sang at Yolanda’s wedding with David Foster in 2011. At the time she was dating Brody Jenner, whose mother was once married to Foster. Get well, Avril!

That was fast. After last week’s allegations from the unnamed roommate, Jeremy Renner’s divorce has been settled. He and Sonni Pacheco will split custody of their daughter, Ava, 50-50, and he will pay child support of $13,000 per month. She was fighting for sole custody. All right, moving on …

Inmate of the Week: Teresa Giudice

Despite her current incarceration, Teresa Giudice landed an Us cover story this week. What an impressive feat. Her PR staff deserves a raise! The story references a photo the Guidices supplied as evidence of how much Teresa has changed since she entered prison. She has “shorter, curly hair, a green prison jumpsuit, and considerably less makeup than she wears on RHONJ.” Is this evidence of Teresa embracing change, or is she merely following the rules and dress code foisted upon her? Considering that makeup artists aren’t allowed in prison for photo shoots, it’s not quite a surprise that she’s wearing less than usual.

The caption on Us reads “Gabriella, Gia, Teresa, Audriana, Joe, and Milania on visitors’ day at Connecticut’s Danbury prison,” but doesn’t that background look suspicious? It looks like a picture from a mall photo shoot in which you can select the scene. Were they Photoshopped out of some drab background and placed onto something a bit more picturesque? I’m just asking.

Self-Professed Crush of the Week: Matt Barnes Has a Thing for Rihanna

Behold, from January 8, 2012, in between relationships with Gloria Govan:

@Rihanna thx for coming to the game 2nite, u MIGHT be good luck!!! Hahaa

Maybe their unconfirmed baller boyfriends can finally bring Karrueche and Rihanna together.